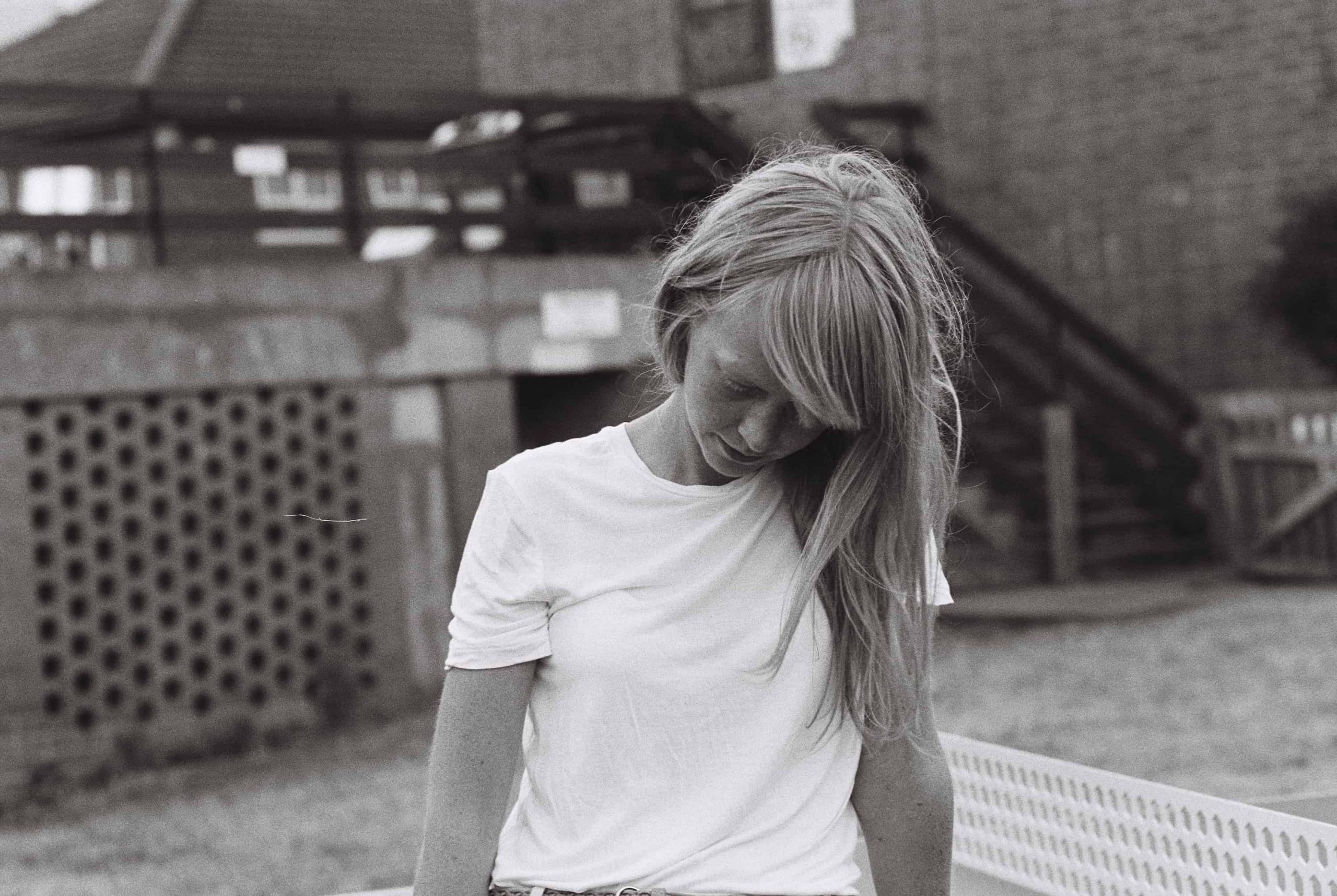 Lucy Rose’s introspective lyricism has always been firmly at the forefront of her music but No Words Left sees her expose her intimate vulnerabilities in a completely unparalleled and astounding authentic way. Such fierce emotional intensity makes the album by no means an easy listen, but certainly makes it an essential one. While the lyrical content itself is often poignantly bleak, Lucy Rose’s hauntingly beautiful voice – which floats above the track’s sparse instrumentation – manages to enthral endlessly, effortlessly drawing you into the album’s narrative.

With lyricism evidently inspired by agonizingly harrowing times, the album’s almost disheartening sentiment somehow paradoxically serves as an essential, reassuring reminder that life can sometimes be tough and that you’re not alone in feeling hollow and isolated from time to time. Although best enjoyed wholly, standout tracks on the album include the remarkably thought-provoking “Treat Me Like A Woman” and “Solo(w)”, an inspiring reflection of defiantly pushing past tough times.

In many respects, No Words Left is completely different to anything Lucy Rose has released in the past, but the album’s delicate beauty and almost overwhelming authenticity is only likely to endear her to her adoring fans even more. We caught up with Lucy about the creative process behind No Words Left, performing live and more.

Throughout all of your releases, your lyricism is so stunningly emotive but the emotion on this record feels especially raw and untainted.  Were you ever apprehensive about releasing tracks on the album, considering they contain so much intimate emotion?

I’ve thought that in the past. Have I crossed a line of giving too much of myself away? But I didn’t feel that with this record. It felt weirdly like it was mine to give, and mine to give to myself. Almost like writing this album and putting those words and lyrics out there meant I could speak my truth which had been bottled up before like a secret I was ashamed of.

How did the creative process differ with this album compared to your previous releases?

The writing experience was similar as it’s been me and my instrument in a room exploring musical and lyrical avenues, but this record felt more of a way of being than like writing songs. I was more of a subconscious experience, almost like meditating in some way or reaching a point in your mind which allows you to feel and understand something you don’t even realise is there. Recording the album was also similar in ways as it was with the same producer and some of the same musicians as the last, but we explored a lot more with this one. Tried and experimented with sounds, microphones, mindsets and instrumentation.

Do you typically find writing and performing to be a cathartic experience? And has your relationship with performing your earlier songs changed over the years?

I find the thought of performing very nerve-wracking, right up until I sing the first note. I’m still a nervous performer with a lot of self-doubt about whether I’m good enough but the feeling when it feels just right on stage, sound, lights, musicians and I feel strong in myself, well then there’s no feeling like it. I think the less I perform smaller shows and the more I play higher pressure shows my relationship has changed, so I’ve started doing open mics to remind myself why I love it so much.

Listening to “No Words Left” is such a beautifully intense experience. For me, it’s the sort of album that you find a much deeper meaning from when you listen from start to finish. What do you hope people will take away from the album when they listen to it?

I hope people will give it a chance, listen to it start to finish and more than once. I think there’s a lot to take from the record but it’s hard to on a first listen. I’m not sure what I want people to take away from it, selfishly I guess I’m looking for a level of human understanding from the listeners. Like if they understand the record, I will feel understood. But generally, I want them to find comfort in its discomfort.

“Save Me from Your Kindness” is definitely one of my favourites on the album. What’s the story behind that song?

Firstly, I’m so glad you said that, because it’s one of mine. The story of this song is unfortunately too personal for me to go into detail, but it’s about loss and grieving. Almost like nothing will help at that raw point and suddenly the world doesn’t have a meaning anymore.

The album starts off with “Conversation” and ends with “Song After Song”, which contains some of the most uplifting instrumentation on the album. How did you decide the bookend the album in this way?

It just felt natural. I think the opening lyric of ‘Conversation’ – ‘conversation don’t come easy, but I’ve got a lot to say.’ Set the tone to the album. And ‘Song After Song’ seems like the perfect ending to me it’s light-hearted, truthful but jovial tone – ‘song after song after song all about me and my misery’. And the uplifting instrumentation seemed to only work at the end, like if it was in the middle of the album it would have thrown the listener off kilter.

In the liner notes of your debut record “Like I Used To”, you wrote, “I hope this is the first of many albums”. Looking back on the past seven years, did you ever expect to have released four albums which all sound so distinct?

To be honest, yes. I’ve always known in my heart that music isn’t a phase for me but a passion that will be with me forever. I definitely had no idea what the albums would sound like. If I think about the future now, I know I’ll make more albums but have zero idea still what they will sound like.

With every single album you release, the visuals seem to act as a fundamental part of the project as a whole. The album recording video for “Like I Used To” is incredible and your following two albums had such memorable videos attached too. While the black and white video for “Conversation” is captivatingly minimalistic in comparison. Would you say your relationships with the visuals you release has evolved over time?

The visuals really change as the music and tone of the record changes. For me, visuals are used to emphasise the meaning of the song on a level that the song can’t do. I think the starkness, abstract, loneliness of the black and white videos show a deeper meaning behind the songs and how I’m feeling about them. Well, that’s what I hope. This time I didn’t want any gimmicks, just the truth.

So many of your songs deeply resonate with so many different people, who all find their own meanings in them. Do you ever find it surreal to think about the deep connection that your music has worldwide?

Very surreal. So surreal I don’t think I believe most of the time. Like people say it to be kind but I find it hard to believe it because it means so much and therefore is quite overwhelming. However, it’s the thing that keeps me going, keeps me expressing myself and keeps me strong enough to do so.