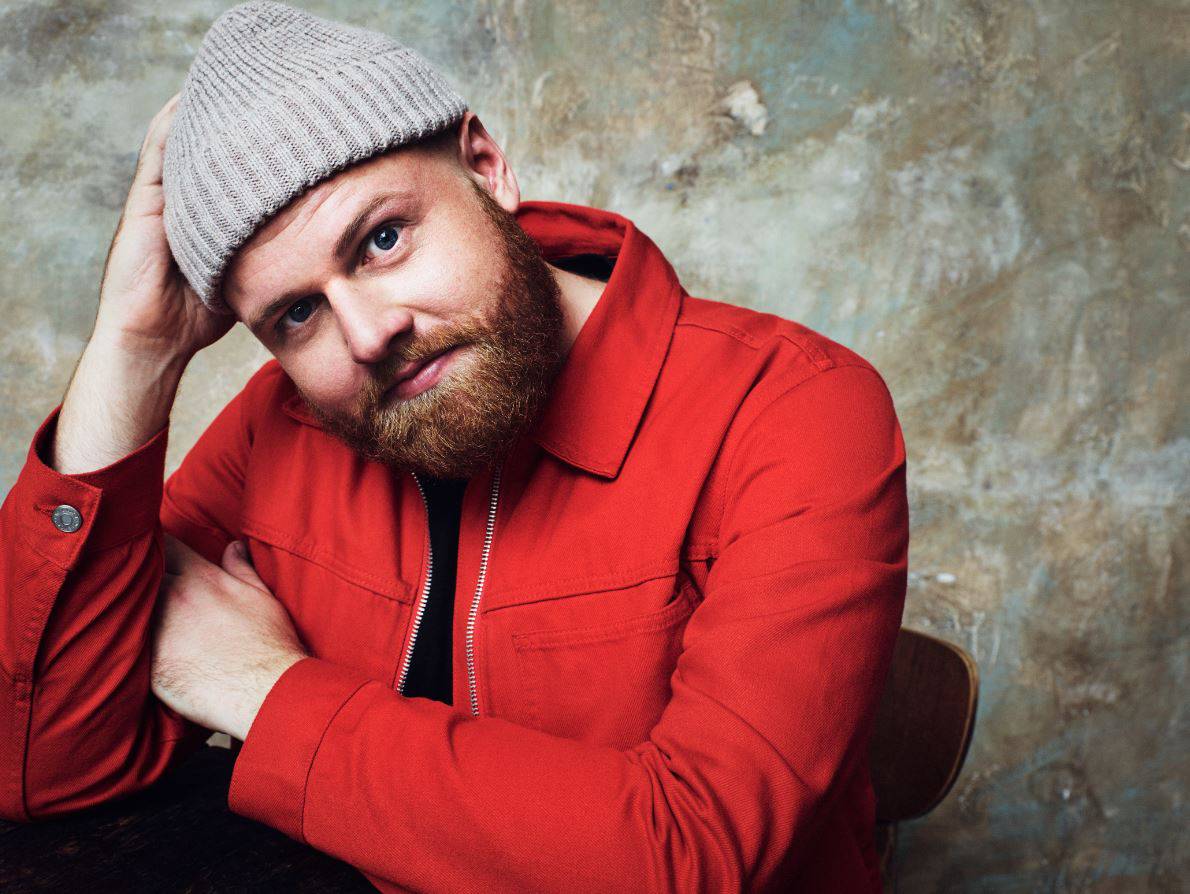 Born in Scotland and raised in Manchester, Tom Walker’s huge international hit single “Leave A Light On” firmly cemented his status as one of Britain’s finest exports in recent years. However, there’s much more to Tom Walker than just one hit single. Tracks such as “Just You and I” and “Angels” showcase not only his beautifully emotive voice but his heartfelt lyricism, that’s intensely personal but also remarkably accessible and profoundly touching.

With his eagerly anticipated debut album due for release on the 1st of March and a colossal string of tour dates in the near future, it’s undoubtedly an incredibly exciting time for this breathtakingly talented artist. We got to chance to speak with Tom Walker about his breakthrough track “Leave A Light On”, songwriting, his two Brit nominations and much more.

You had an absolutely insane past few years and played your biggest shows yet at iconic venues like Shepherd’s Bush Empire. Do you have favourite memories or moments that stand out?

TRSMT festival in Glasgow was definitely a standout moment. I played the King Tut’s stage while the sun was going down and it was really beautiful. The crowd were just amazing, they were on top form, just the right amount of drunk.

There have been so many amazing moments though. Like last weekend I was joined by a Scottish Bagpipe band called the Red Hot Chilli Pipers playing on the steps of Royal Concert Hall in Glasgow. You always do these things and wonder if people are actually going to show up, but the street was packed. Even though it was freezing, I think it was like -2°C or something. It was pretty hard playing the guitar being that cold, you can’t really feel your fingers.

It’s crazy how successful “Leave A Light On” has been. Did you know when you were making the track that it had the potential to be something that would resonate with so many people?

Not really. I knew it was something special because Me and Steve Mac wrote that like in 5 hours and those are the ones that you haven’t overthought it so they’re normally the best thing that comes to mind and you just kind of put them onto the page and the flow feels right.

I love the production on “Just You and I” – it’s just incredible. After the success of the acoustic version from your Blessings EP, was it quite a daunting task crafting the album version?

In August I got engaged to the girl I wrote that song about and to celebrate I wanted to re-release it. Me and producer called Mark Ralph worked on it and tried to keep it as true to the original as we could while, kind of, freshening it up a bit.  I think we did a good job on it and it sounds modern and upbeat but still keeps that romantic sentiment that I think so many people liked about it originally.

All your songs are so personal, has it ever been difficult to find inspiration to write songs and if so, how did you overcome it?

It’s difficult sometimes. To write I really need to see my mates and I need to my missus and my family because the people I write about are the people that are really important in my life. The more I see them, the more I’ve got to write about because you can’t really write a song about being on the road or you can’t write a song about writing a song either, so you need to take time away from it every once in a while.

I had twenty days off at Christmas and went to see a different mate every day that I hadn’t seen in a long time and I hung out with my family and my gran came down from Scotland. So, I’ve got a bunch of stuff to write about this year, which is nice, but I’m going to try and take a little bit more time off this year to have stuff to write about because otherwise you just run out of ideas.

I find it really difficult to write songs about imaginary stories, it has to be something real that I can connect to. I feel like I’ve written maybe like one song that I didn’t connect to and I feel like people didn’t connect with it either. Everything on the album is all really personal stuff, it’s filled with stories from my life from the last four years or so. One of the songs is like seven years old and it made it on the album. 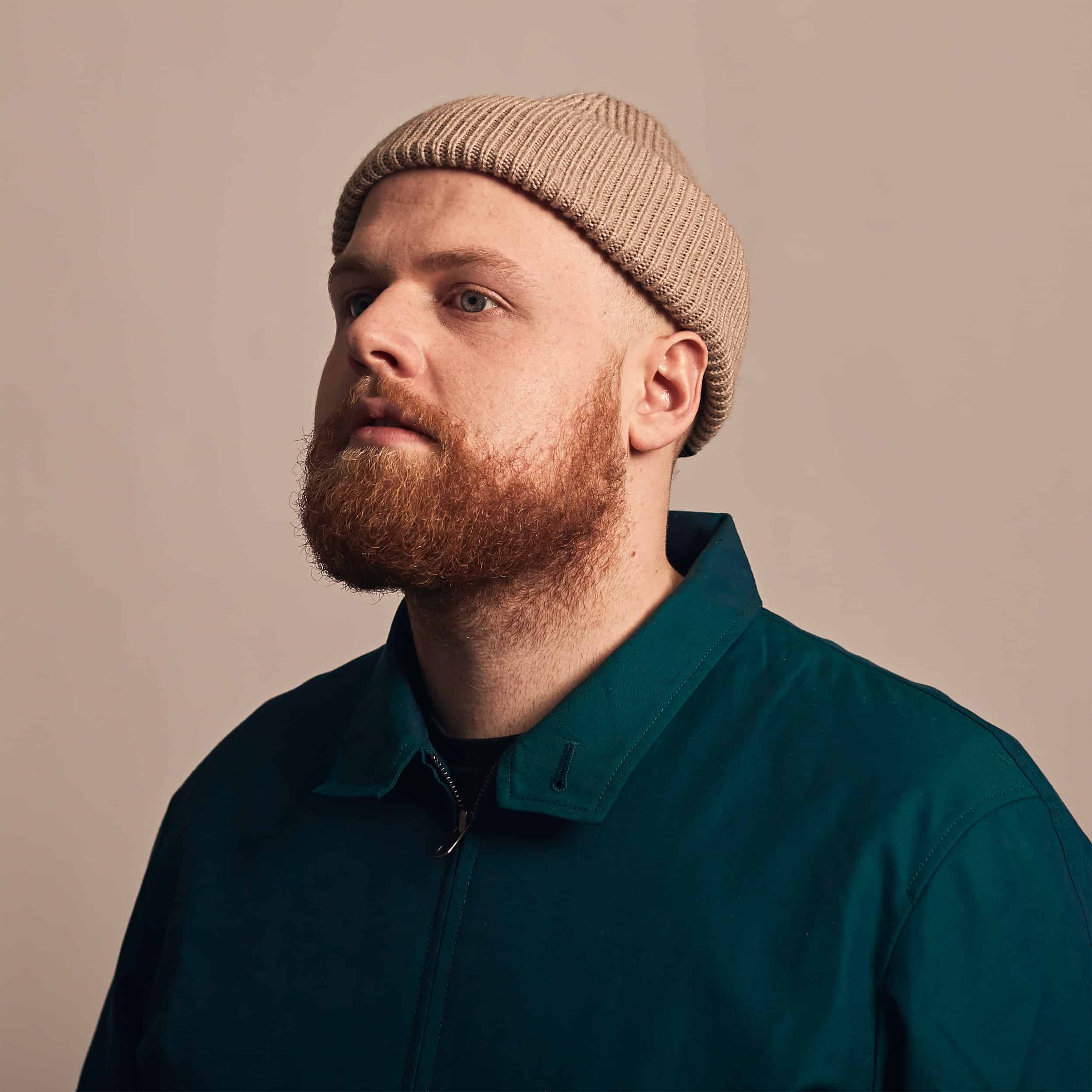 Some of your most recent songs have such different styles both like production wise and lyrically too – for example if you compare “Leave a Light On” and “Just You and I.” How do you explain this variety in your music?

I’m was just getting bored. There’s a lot of indie bands out there that just do an album and every single song on it sounds the same. The same guitar tones, the same drum sound and just the same everything. It’s so dull.

I just wanted my album to have a bit of variety; I love so many different genres and styles of music. I don’t know why you would just stick to one thing. I think my voice is the thing that ties it all together and my style of singing kind of remains the same. So even if the production changes, you can still tell it’s my thing because my voice is kind of holding it all together.

You’ve collaborated with Rudimental on “Walk Alone”, with Dodie on “Human” and on the album there’s a collaboration with Zara Larsson. How did the collaborations come about and what was it like working with all of those different people?

The track with Rudimental was a bit of challenge because I had a bit of involvement with the writing process but there were a few writers on that track when it came to me, so I found that quite difficult to make my own because I didn’t have as much to do with it as usual. Normally I start fresh with all my ideas on my own then bring them into a session to collaborate with people to make them better, but I think we pulled it off.

Steve Mac knows Zara, he’s worked with her a few times, and they were in the studio together. We had already recorded a version of the track but it wasn’t quite done and then Zara came in and just helped finish it off. I never expected her voice and my voice to work well together but they really complement each other.

With the Dodie release, that’s completely her track, I had nothing to do with the writing on that one. I think I edited a few melodies here and there, but I just absolutely fell in love with the song. She’s such an incredible artist, her lyrics are absolutely fantastic. Her new EP is ridiculous, I’ve listened to it so many times, I’m such a massive fan of hers and she’s such a nice person as well. I don’t know many people that can just pull off an entire song on a ukulele and somehow keep it interesting, but she definitely manages it.

Talking of the album, I love the album artwork where there’s like 2000 miniature figures of people, including people who’ve influenced you. How did that come about? And what does the cover been to you?

We work with a company called Big Active and they’ve been helping us with the creative side of things. I came to them with an idea and just said the whole album is all these people and stories coming together to make a bigger thing. They just put some designs down in front of me and he’d found this artist called Craig Alan. They showed me this picture of Nelson Mandela, in a similar style to the artwork, that he had painted, and I just thought it was amazing.

We got in touch with him and agreed to do a painting for us. The final result is huge and it’s so cool. Everyone’s on there; my grandparents, my parents, all the crew I work with, anyone that’s involved in the album. I really like it.

And finally, congrats on your two Brit nominations.  How did it feel when you found out you were nominated?

It’s just crazy, I really wasn’t expecting it. I genuinely had no idea, I thought we might be up for Critic’s Choice but when we didn’t get that I was like, “Alright cool, I’ll probably not get anything. Maybe I’ll get to go if I’m lucky”. Then to be nominated for not only one but two awards is just crazy.

The people that I’m in the categories with are all top of their game. Especially in the singles one, that’s just nuts. I’m not expecting to win that because, you know, it’s going to be hard to go up against Calvin Harris and Dua Lipa. I think George Ezra is in the singles one as well but yeah, we’ll see.