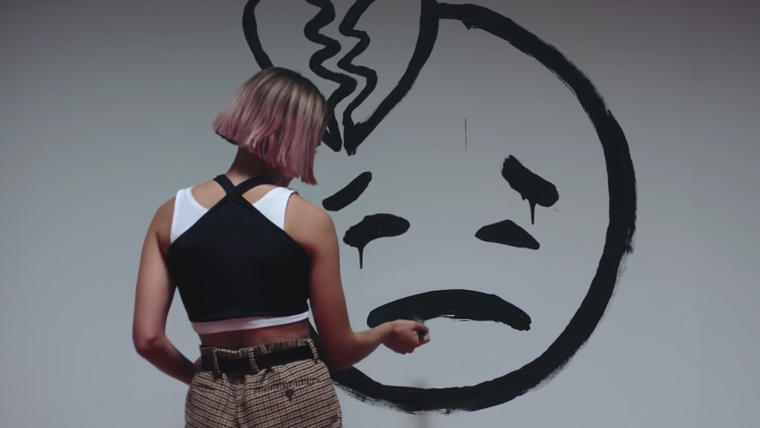 RITUAL – Love Me Back

Last year Tove Styrke’s Sway project rightfully garnered her critical acclaim due to its’ unique ability to authentically portray an array of entangled emotions through the impressive range of vocal styles she effortlessly employs and slick, playful production that never fails to excite.  While RITUAL initially made their mark on the industry by writing for the likes of Dua Lipa and Little Mix, their own 2017 audio-visual project “No Escape Out of Time” turned heads with poignant nostalgia-tinged lyricism and enthralling production that blends electronica and R&B in an incomparable fashion.

“Love Me Back” serves as the introduction to Ritual’s brand-new project Dreamers Never Learn, which looks set to showcase the trio’s incomparable style that’s easily accessible but still incorporates a sense of stimulating melodrama. The track’s infectious rhythm serves as a perfect complement to the exuberant production that surges throughout every second of the song.

Much like with RITUAL’s breakthrough track “Josephine”, the male-female vocal pairing serves the emotional core of this track. “Love Me Back” somehow feels concurrently boundlessly vast and affectional intimate, while it reflects the brutal reality of modern-day relationships. Much of the track’s lyricism speaks to a sense of desperate despondency but the jubilant production that kicks in as the vocalist’s vocal coalesce evokes a sense of electrifying euphoria. This distinct contrast is indescribably exhilarating and showcases the London trio’s ability to delicately fuse conflicting emotions in a singular song to paint a vivid picture of intertwined emotions.

Having already collaborated with the likes of 6lack and Denzel Curry, RITUAL are no stranger to collaborating with some of the biggest names in music. With more collaborations on the horizon, it’s not long before RITUAL will achieve wide-spread recognition in their own right.