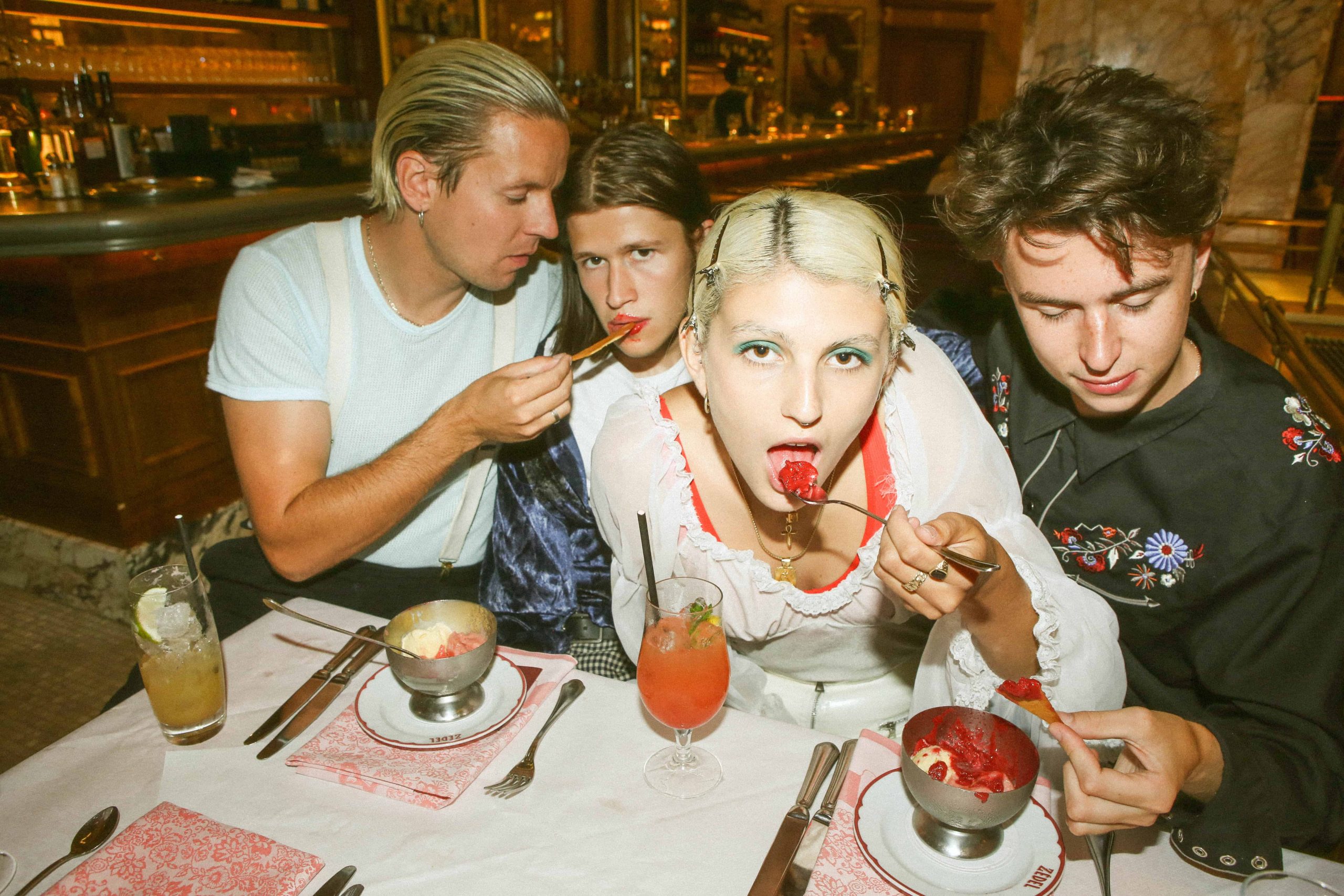 Being empowered by music can be a sublime feeling. Orchestrating it through assertiveness and concreted talent must make that feeling go beyond the intensity of true ecstasy. And rather than following trends and trying to embark on beating down your counterparts, why not just showcase what you’re about. Toggle with sounds, break through the barriers of adversity, and showcase a sense of pride. Glaswegian act LUCIA have powered on through the streets, played to the Glasgow crowds, now superstardom is imminent. They’re truly on song with everything they produce, from EP’s to singles, they ultimately know how to craft and graft.

Lead singer Lucia Fairfull utilised her talent when she was busking in Glasgow’s cultured hub. She wrote songs that impressed, and now she’s fronting a band, playing her trusted guitar, and making waves. Throughout her short career, the 22-year-old has had a meteoric rise, swiftly moving up and not looking back.

Now, as LUCIA rises, they’ve released a blockbuster track in the form of “Blueheart”. The track is a darker beast than previous songs, but it doesn’t skimp on quality. It is an engaging, forward-thinking contribution worthy of immediate praise. The guitar sound is powerful, the chords progressive, the lyrics story driven. Fontaine sings in tune, as always, and sparks a little fury. She describes a blue hearted soul, driven to create friction, ready to cause oblivion. But, as a strong woman, the protagonist, staves off his grasp. She feels fear but knows his weaknesses.

The instrumentals are on point at all times. Those drumbeats collide but don’t smash up the sounds of those dirty, groovy, guitar lines. LUCIA deliver and keep delivering. They withstand the clichéd approach, and diversity is fundamental in the music industry. Who wants basic, generic sounds to clog up the atmosphere?

With LUCIA banging on the door, they should be welcomed with open arms. Their sounds are gracious, even if “Blueheart” is their darkest song yet. On that topic, showcasing your feelings through music is the most organic way of letting people know that you’re human too. These musicians know hurt, and throughout “Blueheart”, we’re given a story of hope becoming paper-thin and tarnishing its good name.

The song is great, there’s no doubting that. And we all can see a bright future for this band. When they’re in town, go and listen to the upbeat tracks and remember it’s not all fun infused.