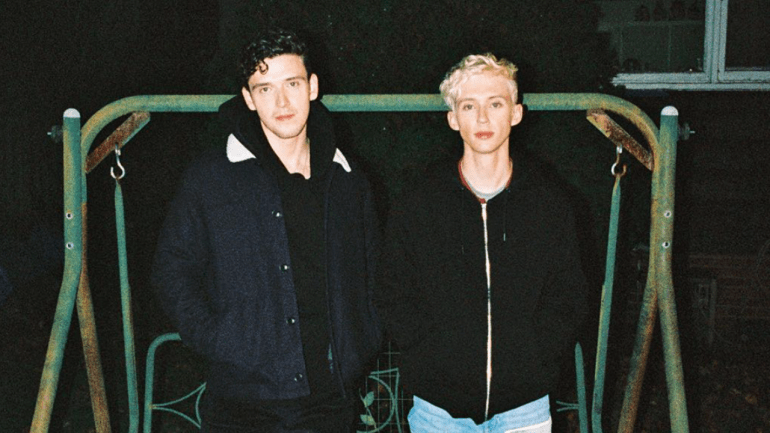 Are you so tired of love songs? Do you just wanna go home? Then say hello to Lauv and Troye Sivan’s new hit, “i’m so tired…”

Short, sweet and incredibly catchy, these pop kings have joined forces to create a track destined for radio overkill that toys with the idea of combining lowkey sad lyricism with danceable beats and synthesized vocals.

Troye describes the track as a heartbreak song about an inescapable person. If you were to listen to it as background music (perhaps on the many Spotify playlists the song has easily made its way into), then the heartbreak isn’t 100 per cent obvious. The tap along beat and remix style vocals immediately make you want to sing along and organise choreography rather than cry in your bedroom.

And we’re definitely not complaining – having a jam while walking down the street is a great place to be in when you’re getting a little too sick of your feels. Pop happiness is a classic cure for having someone stuck on your brain, and it’s also what these lads seem to know best.

The lyrics aren’t exactly anything super new: “Party, trying my best to meet somebody /
But everybody around me is falling in love to our song.” We’ve all been in that kind of situation. For those in it, it sucks. For those in the music industry, it’s a tried and tested way of garnering the attention of an audience.

Maybe the same kind of concept has been used here to pull on the leg of the millennial and gen z generation – we’re tired of trying to escape our emotions, and we want to go home. It’s relatable, but most importantly it’s blunt and it’s honest, and I kinda dig it.

Lauv and Troye are not only the same page in terms of having an inescapable person on their minds, but they’re also with their vocal style. This is clear with the second chorus, where it’s hard to even separate the layers of who’s who. It’s not surprising that they’re huge fans of each other’s work – the pair go together like peanut butter and jelly.

Peanut butter and jelly can lose its appeal after a while, but sometimes it hits all the right places. It’s the same for these spotlight-stealers, you can immediately tell the track will eventually annoy you to pieces, but for now, it works. And that’s what matters.

There’s nothing wrong with that. Both Lauv and Troye are pop visionaries with incredible career trajectories. They make fun stuff. And they’re gonna take that fun to Jimmy Kimmel Live! on February 6th. Tune in, if you’re not so tired of this love song by then.