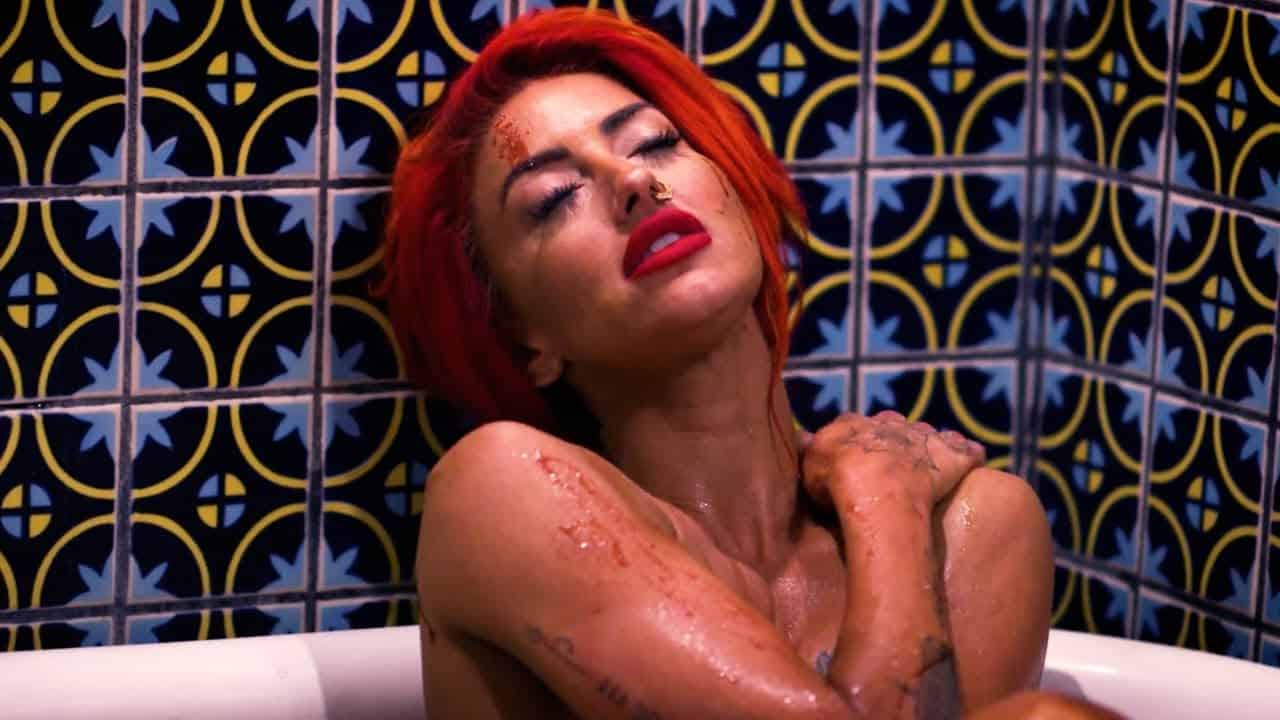 Earlier last year, near the release of her single “Problem,”  Neon Hitch hinted that a sophomore album was on its way. However, an approximate date of release or an album title still remained a mystery up until this month. We are very excited to hear Hitch’s new, crafted sound on Reincarnation.

One of Neon Hitch’s staples on her mixtapes and albums is an intro; and Reincarnation is no different. “Intro” starts off the album in a cinematic fashion. It is our first glance at what the album will be like, and it shows Hitch’s growth in her artistry while maintain her theatrical “gypsy pop” brand. She also establishes what this album is representative of: being able to go through hard times and come out as a warrior. Reincarnation is for her fans, to tell her story so others can relate to their own lives.

We then slide into “More Than Ok,” which is a groovy, fun track. Lyrically, the song is about feeling euphoric. “More Than Ok” has a jungle vibe to its instrumental production, equipped with playful synths and percussion that will make the audience want to dance.

Leaning closer to the pop side of Hitch’s musical spectrum, “Head” is a reflection on failed love. Hitch sings about how she needs to start listening to her “head” so she does not face the same pains as she has before. Unlike “More Than Ok,” “Head” is rightfully less energetic and more vulnerable.

“Trust Me” transitions smoothly as it starts off with the same calm energy as “Head.” However, Hitch surprises audiences as the song’s first verse sounds more like a rap than a slower pop song. Again, the percussion on this track is radiative and infectious. It’s a track that’s empowering and about the importance of trust.

After “Trust Me,” we are taken to the single “Problem.” This track came out last summer and was a preview of Hitch’s new sound to fans. It maintained Neon Hitch’s style lyrically and in its production, but still managed to keep things fresh and evolving.

“I Know You Wannit” is another track that Hitch has put out previous to the album. This song has been released since November of 2017, but still maintains to not feel dated. It’s a fun, sexy, and mischievous dance track.

A groovy, nostalgic guitar strums us into the next song, “E.” In this uplifting song Neon Hitch describes how someone fills her with joy; this high and calm sensation is easily translated within the music. What makes this song pop on the album, however, is its sweet breakdown at the end, which somehow makes an intimate connection between the vocalist and the audience.

One of the more playful songs on Reincarnation is “1969.” In this particular track, Hitch goes back to her electronic days. “1969” is energetic, bouncy, and would easily fit into any club or concert environment. The song’s vibe is a perfect reflection of Neon Hitch’s energetic and colorful personality.

“Welcome To Try It” flips the tone from the vibrant “1969” into something more aggressive. It’s sensual and seems to make the listener a direct target. Lyrics such as “I ain’t got shit to prove to you / no more” suggests that she is over people underestimating her and is now embracing her individuality.

Next is “One Step Away.” This is an interesting tune that seems to be about Hitch’s reflection on her lifespan. She sings “one step away from the grave / tryin’ to get out of my head everyday.” While this may seem grim, the main takeaway is that we should live in the present. It’s never too late to start living in the now and you should value your worth.

Going hand-in-hand with this concept, “Worth It” is a celebration of life. Hitch sings about everything she has done and earned has been “worth it.” While “One Step Away” had a bit of a grim undertone, “Worth It” relieves and relaxes us with its uplifting tone.

One of the more lyrically colorful tracks of the album is “Like Fruit.” Hitch describes this euphoric love that she is feeling “like fruit, but better.” The production of “Like Fruit” easily matches the song’s lyrical tone; it’s a sugary, cheerful, high energy pop song.

“Easy to Love” is a percussion heavy, walking-into-battle anthem. This sound resembles how Neon Hitch used to be so guarded when it came to love, but has now become more open. This contrast is most noticeable in its change of tone between pre-chorus and chorus; one is super aggressive, while the other mellows out. The ending of the song seems to chill, which we can assume is Neon Hitch’s decision of choosing to be open to love than her guarded and stoic demeanor.

Echoes and distorted voices are the best way to start a track entitled: “Ghost.” While the track may start out pretty chill, the layers of the track seem to build and die and repeat throughout the song. It’s a journey. In fact, this track really showcases Hitch’s vocal ability in the song’s bridge. “Ghost” is about people who become distant in your life.

The final track of Reincarnation is “Bendin’ Backward.” Starting right off the bat, the song’s lyrics begin with “I could have you pussy whipped.” It’s a track that is oddly dreamy in its production while maintaining its central, lyrical theme: feeling stuck on someone who has left. It leaves a bittersweet taste in the listener’s mouth, but also puts a unique bow around the entire album.