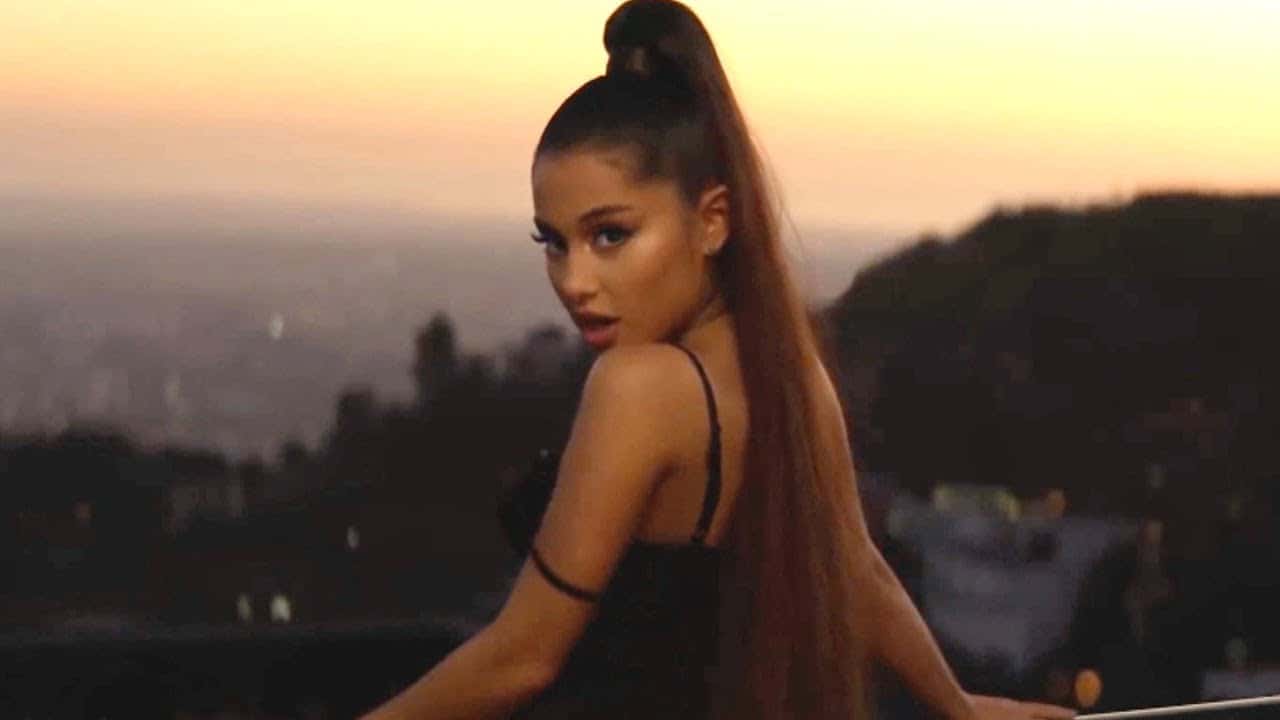 Ariana Grande – thank u, next (Album)

With Ariana breaking records left and right, and her songs being on top of the charts – there’s no doubt about the fact that Grande is absolutely dominating the world of pop right now. Despite being leaked a little early, the album immediately raced to the #1 spot on iTunes charts across the globe, making history again and beating Taylor Swift’s previous record of fastest selling digital album in the US.

In a sense, it’s almost bittersweet – the album being released exactly 5 months and 22 days after Sweetener. May 22nd was also the date of the Manchester bombing attack that killed several fans attending her concert. Perhaps Ariana said it best herself as she received the Woman of the Year award at Billboard’s Women in Music event in 2018 – “I want to say that I find it interesting that this has been one of the best years in my career and one of like the worst years in my life.”

For the first time, Ariana co-wrote on all of the tracks on the album and didn’t include any features, marking a more autonomous turn in her career. Whereas Sweetener seemed hampered sometimes in the restrictions of delivering an R&B infused pop album of which the concept was already born in 2016 (but clearly had to be revisited post-2017), thank u, next is an incredibly cohesive album that almost feels like a personal diary. One might even say it’s her own musical version of the burn book she used as a prop in the “Thank U, Next” video, except instead of describing people in her past, it focuses on the complex emotions she’s felt in the past year.

Because 2018 was anything but easy for Grande, who not only is still dealing with PTSD stemming from the Manchester attack, but also lost her ex-boyfriend to an overdose, and saw her short-lived engagement fall apart just one month after. It’s not strange then, that the album opens with the vulnerable ‘“imagine” that describes an unattainable fantasy of an easy love – a denial of the complicated reality and the impact of tragedy and trauma on relationships. Denial, after all, is the first stage of grief and mourning. It’s a soaring, yet somehow fragile ballad that highlights Ariana’s whistle register and conveys a sense of wistfulness over a lost relationship.

Whereas Imagine deals with the fantasy, “In My Head” marks the reality. It sees her realise and acknowledge that she made the mistake of creating an image of someone in her head, thereby falling for someone they are not. In a way, it’s her coming to terms with the fact that you can’t take on and fix someone else’s problems – you can’t be their saviour, they’ll have to want to save themselves. Ariana was unjustly, implicitly blamed by some for the death of Mac Miller, and the suicidal thoughts of Pete Davidson after she broke off their engagement. However, as much as she may have tried and may have loved them, women are not the rehabilitation centres of men.

The song includes an homage to one of Ariana’s friends in real life, Doug Middlebrook, who opens the song with what seems to be a recorded voicemail. It gives the song additional depth and a feeling of intimacy, as we get a peak into their friendship and how the fantasy can cloud our perception of reality – especially when you’re vulnerable yourself.

lmaoooo…. you’ll see. he was a major help to me thru some v difficult moments so i wanted to capture that a lil …. give him a musical hug. it’s also his favorite song so it fits. https://t.co/UQjKhoXcmo

That vulnerability is at the heart of “needy”. It’s the second track of the album and was teased by Grande in both the final video of her Sweetener project and in the music video of the title track. The song sees her craving emotional support, navigating feelings of insecurity as she confesses that though she might hide it, she can be needy too. She addresses the “rollercoaster” that she’s been on, hoping that someone will be able to help her get through it – the way she has probably tried helping her loved ones in the past. While neediness is sometimes seen as something to be ashamed of or a selfish characteristic, Ariana seems to simultaneously apologise for her insecurities as well as unabashedly own up to them and accept them. “After all this damage, I can’t help it,” she sings – allowing herself to feel this way, no matter what others might think of it.

“NASA” feels like being thrown into the other extreme of a relationship, where instead of craving proximity, you want some distance and space to figure yourself out. The track opens with a play on Armstrong’s famous words after stepping foot on the moon, sung by drag queen Shangela.

Obviously, craving space (hence, the references to NASA in the wider universe) is just as valid as feeling needy – they aren’t mutually exclusive. The interesting contrast highlights that Ariana is still very much on an emotional rollercoaster, but she isn’t shying away from any of those feelings. Instead, she is validating them.

In “fake smile”, she moves from an introspective to a more outward message, as it talks about the impact of fame on how she lives her life. The song starts off with a sample of the 1964 song “After Laughter” by Wendy Rene, “after laughter comes tears.” It addresses the unfair expectations people have of celebrities – untouchable, constantly happy, perfect. Even though celebrities are also only human, and get affected just as much as anyone else by trauma, tragedy and loss. In doing so, the song seems to echo a similar lyrical concept as can be found in, for instance, Louis Tomlinson’s “Just Like You”. Sometimes, it’s impossible to fake a smile – particularly when everything that happens in your life is broadcasted to the entire world. She resolves to be honest about her feelings and not pretend to be happy when she isn’t. It’s okay to be sad, and it’s okay to share the bad days as much as the good ones. It’s an important message, particularly in the day and age of social media where we all tend to focus on glossy parts of our lives as we hide the darker edges from view.

feeling badly for the person you're with bc you love somebody else. feeling badly bc he can tell he can't compare…. and how i should be ghosting him.

Ariana certainly doesn’t shy away from that, as she expresses her guilt over being hung up on someone else in “ghostin”. It is perhaps the most personal, emotional ballad on the album. She describes her own feelings of guilt of being in a relationship with someone you love when you know that you haven’t let go yet of someone else and that it’s hurting your current partner. She calls herself a “girl with a lot of baggage” and she loves the person that she’s with for being so understanding and “putting up with more than they should”. But that also comes with a feeling of self-loathing for being the one who’s inadvertently hurting her partner, even when they don’t want to admit it. Maybe she should let go of her previous love, but she can’t – not yet.

The album wouldn’t be complete without a bunch of songs that feel a little bit lighter, as they discuss the upsides of (casual) relationships and hook-ups. “bloodline” is a heady, more sultry track that sees Ariana wanting a more casual relationship, and that it’s also okay to not always be on the lookout for true love. It recognises that a relationship can be wonderfully complementary to your life, but it doesn’t mean you’re incomplete without it.

On “bad idea”, she acknowledges that sometimes you try to numb the pain by distracting yourself with someone else – even when you know it’s not the best decision to make. The high tempo of the song only further emphasises a sense of urgency and desperation. The actual highlight of “make-up” might be the reference to Fenty Beauty’s actual highlighter products. Ariana gives Rihanna’s inclusive brand a shout-out and compares it to her lover, who also lights up her life. The song’s more playful and sensual than the previous songs on the album, which makes it a great mid-album track.

The album is closed by the three lead singles which coincidentally all discuss self-empowerment and self love, using heavy sarcasm, irony and a certain sense of wry humour. The iconic smash hit track, “thank u, next” sees Ariana rise above all the drama, above all her exes, choosing to turn a negative into a positive. The video is the culmination of what this entire project seems to stand for – Ariana indulging herself in exploring her feelings, emotions, thereby owning and working through them, and managing somehow to still find light in all the darkness through humour and strong, supportive friendships.

“7 rings” does something similar, albeit in a much more wry manner. Sampling the Sound of Music’s Favourite Things, Arian relies on heavy sarcasm as she sings about how she’s become savage – not sad, or how money and shopping can definitely solve all her problems. The video shows the silliness of the song and again highlights how she’d rather share her riches with her best friends, just so she can have fun and maybe forget for a little bit. If anything, she’s earned that little reprieve.

The latest single, “break up with your girlfriend, i’m bored”, is a fun, easy song about being infatuated from a distance with someone who’s taken. The music video, however, shows a different perspective. Some criticize the end scene – which sees Ariana kissing her spitting image – for its queerbaiting tendencies. Others state that it’s a visual metaphor for her wanting the relationship to end, so she can love herself. It’s an interesting take that mirrors the main themes of the album – self-love and self-empowerment, in good and bad times.

She isn’t perfect – there are already multiple controversies regarding her use of Japanese language, as well as the aforementioned final video shot. As valid as those critiques may be, and should be addressed, there’s also something to be said for allowing her some room to learn from her mistakes and to grow.

Whilst faced with tragedy, Ariana has managed to find incredible strength in music, and that deserves to be acknowledged. The result is an unparalleled, honest album that’s not based around anybody’s expectations except her own. It’s an album that feels like she absolutely had no other choice but to make this, as if her musical therapy was recorded and shared with all of us. She doesn’t shy away from naming her flaws, instead bravely takes ownership of her feelings – whether they are negative or not.

The album is emotionally charged, peeling back complex layers of anxiety, grief, loss, forgiveness, love, self-empowerment, and wanting so badly to be able to be happy and live in the moment, but not always succeeding. There’s power in being able to acknowledge and reflect on one’s own behaviour, and it seems that Ariana’s inner voice has never come out more powerful than on thank u, next.