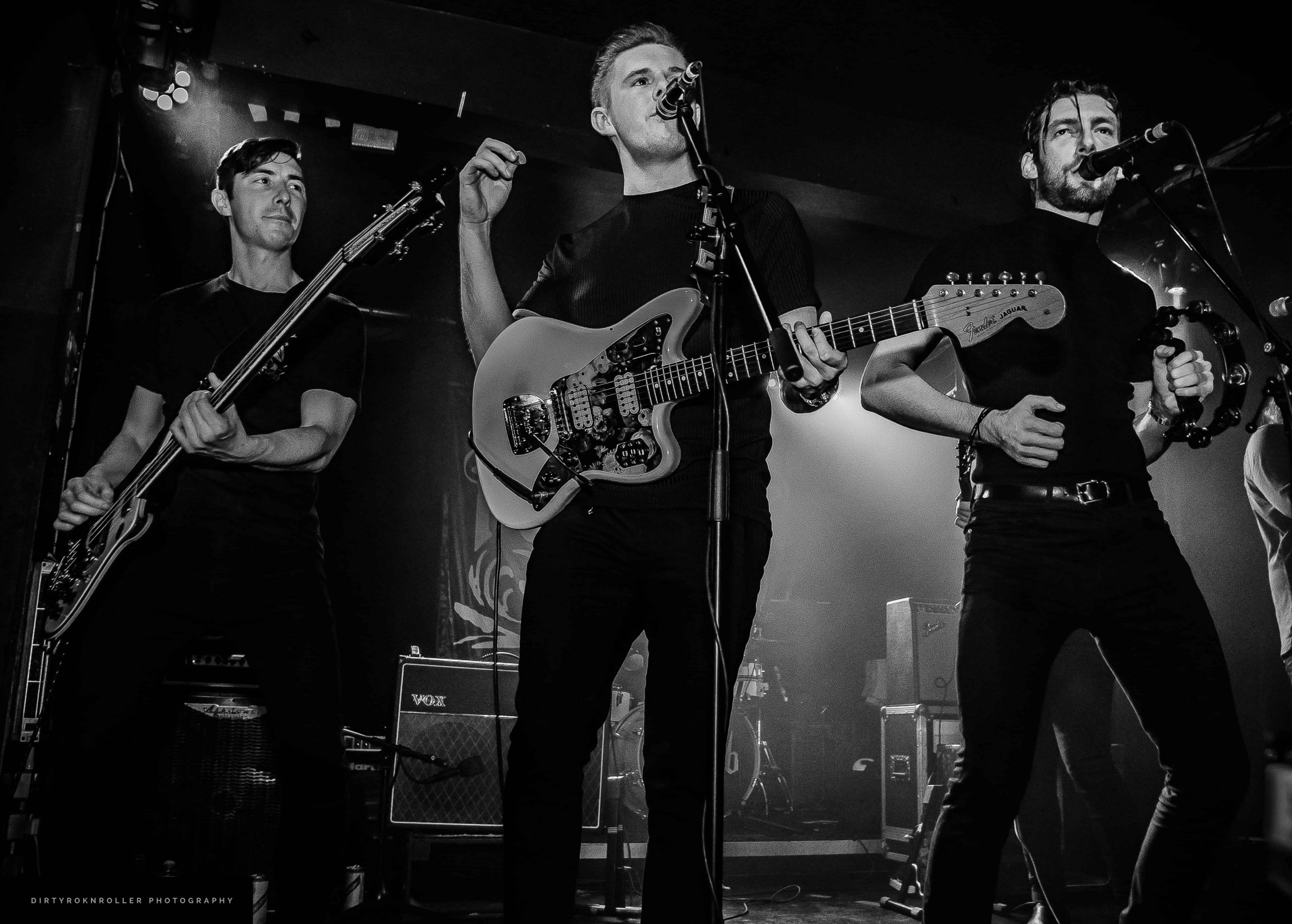 On 26th January, Night and Day Cafè in Manchester’s Northern Quarter is slowly filling with an unassuming crowd for an unassuming band. Groups of lads, couples, gangs of girls, a range of ages and styles are here to see Red Rum Club. With the hype about this band growing rapidly, it’s no wonder that the crowd includes influential bloggers and a couple of Blossoms band members. These are the guys to see, while you can still grab a ticket.

Dressed in all black with leather jackets and slicked back hair, Red Rum Club are chilled and approachable: you’d be forgiven for forgetting they’ve sold out the venue as they mull about backstage. The camaraderie is palpable. When they file on stage, the cheery boys take get serious as they deliver their crowd-pleasing songs, with fans immediately singing along. Lead singer Francis swings his hips as he balances on speakers and delivers deep vocals, juxtaposing to his strong Liverpudlian accent. The atmosphere in the room is electric, but knowingly so. The band’s reputation for giving a solid live performance has clearly spread.

Opening with the roaring ‘Angeline,’ the band command control and have the audience hooked. By the closing song, members of the crowd are on stage; dancing and singing into the mic along with the band. Red Rum Club are a genre of their own. Their single ‘Calexico’ has over 100,000 streams on Spotify, and their album ‘Matador’ has picked up traction with mainstream radio stations. Described simply as ‘Alternative’ on iTunes, the band play a kind of Americana, flamenco-rock, with anthemic choruses and bassy intros peppered with flurries of latino inspired trumpet – you can even buy sombreros at their merch stand.

A true band’s band, you’ll see them bigging up other artists and getting recommended by everyone on the local scene. If you haven’t heard of them yet, you’re about to.