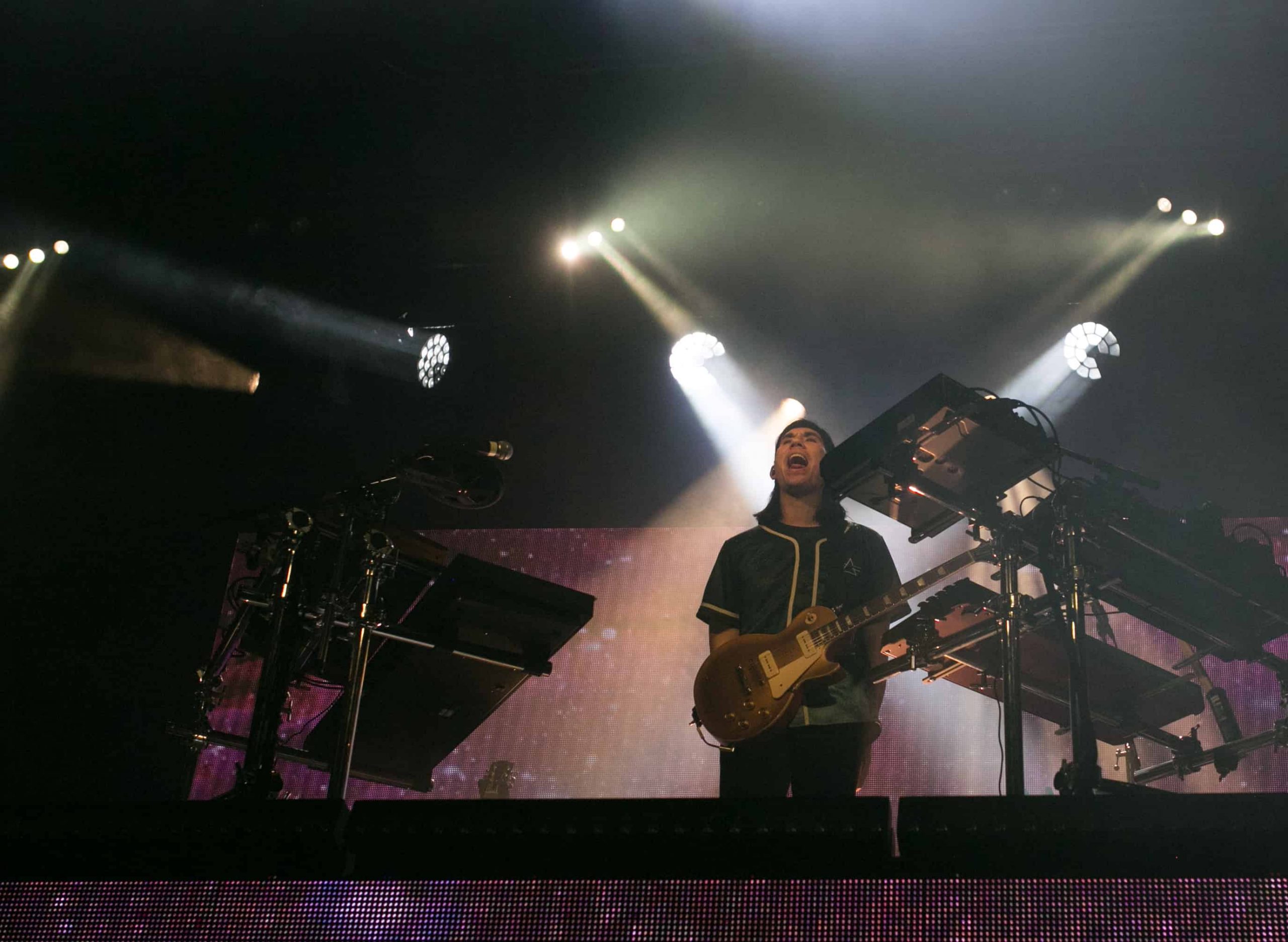 Live shows for electronic artists can be a difficult craft to master. After Deadmau5 released a blog post in 2012 entitled “We all Hit Play,” the illusion of the live electronic music show seemed to be dead. Today, the industry is filled with artists who can produce hit after hit in the studio, yet fail to be able to transfer that magic to a live set. For these artists, “hitting play,” is what live music is all about: jumping and dancing around a stage while their laptop plays an hour-long set of pre-selected tracks over the speakers, giving their audience a chance to hear the artist’s greatest hits, all without providing any real live musicianship.

I say all this to set a baseline criteria for what I see as true musicianship in a live show for an electronic artist. For me, it involves bringing something new to their music that differentiates it from the recording. It involves innovation and true musical talent. And it’s safe to say that Gryffin’s Brooklyn Steel show on February 2nd showcased just that.

He opened the show with the opening track from his 2018 EP Gravity Pt 1, “Nobody Compares to You.” Gryffin hit the stage with an energy that filled the entire room from the opening riff of the show. He was accompanied by two other musicians–one on drums and another on guitar–both of whom helped fill out Gryffin’s sound and bring each song they played to life. Riffs from the songs were played on electric guitar and the drops of each track were hit by live drums and drum pads, making the show feel spontaneous and truly well crafted. It is this live performance of each of these instruments that truly made Gryffin’s show feel like just that–a live show. There was plenty of room for mistakes with the risks that he and his bandmates took, and yet these risks paid off in the form of audience approval and fascination as they played away, deep in concentration on each and every song. He proved that he is not just an excellent composer and producer, but also a talented musician and performer.

The only pitfall of his show came in the transition between what could be seen as the “live” elements of his show–comprising about two-thirds of the show time – and the DJ set. After he played several songs in the beginning of his set, he transitioned mid-song to a heavy dance drop–after which point he began to live-mix a DJ set. While his mixing skills were impressive (his mix of “Mr. Brightside” and the drop of Justin Caruso’s remix of “Until You Were Gone” made the songs feel made for one another), this section felt almost like a speed bump in the middle of his live performance. He again transitioned back to performing his original works after this section, but the energy difference between the two sections was noticeable both in his performance and in the crowd’s response. However, being so early in his career, Gryffin is still building a repertoire that is vast enough to fill a full hour and a half set. With more releases will come less reliance on DJing in a live show and more time spent playing these live instrumentals that I found to truly be the highlight of the show.

Overall, Gryffin’s set was one of the most engaging that I’ve seen performed by any electronic artist recently. Highlights of the show included “Bye Bye,” “Just for a Moment,” “Tie Me Down,” and his finale “Whole Heart.”