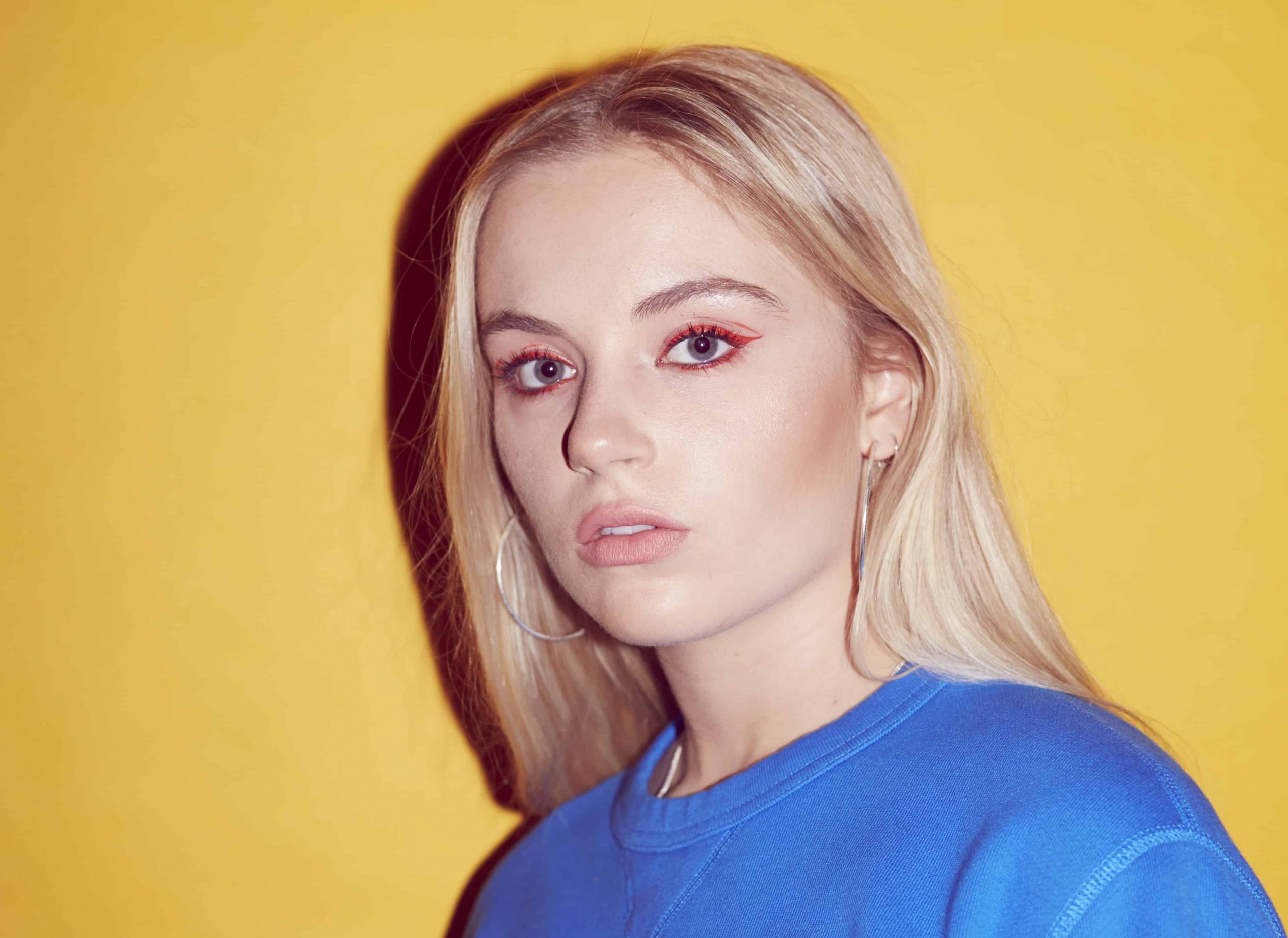 Sody might only be 18 years old, she isn’t new to the industry by any means. She’s already performed at Glastonbury as part of BBC Introducing, and 2018 saw her tour with Tom Walker. Her introspective, sincere pop tracks emphasise there’s power in emotional sincerity and vulnerability – strength in self-love. This cutting-edge, heartrending writing is what made her unique, and clearly on the right path to success: Her latest track “Let You Know” was streamed 250,000 times in just seven days. With the video having recently dropped as well, we caught up with Sody to discuss the song in depth and to hear what’s next on the horizon for her.

How was your experience working with the creative director of big British acts like Calvin Harris and Ed Sheeran? Was it intimidating to work with the team of Emil Nava?

I have seen the amazing videos Emil has done previously so I have to admit I screamed a little when they pitched for my video! I didn’t feel intimidated, but I think collaborations like music videos can ignite feelings of anxiety because you have your own vision and goals but desperately want everyone to be proud of the piece! It’s such an amazing feeling when it all comes together and just works!

You’ve said that the song “Let You Know” is about feeling like you’re never good enough and realising that you can’t always please people in authoritative positions. Is that something you’ve struggled with yourself in the past?

Yes, I have and still do! I think people in authoritative positions need to become more mindful of how their words and actions can impact others. That could be in education, in the workplace or even at home. We seek approval from people we love, respect or look up to but it’s important not to lose yourself and forget who you are.

Some fans have taken the song to be about heartbreak, and not being good enough for their romantic partner. How does it make you feel when your song manages to touch people in a way that you maybe hadn’t foreseen?

That’s what makes music so beautiful. We can be listening to the same song and yet our emotions can be completely different. Music is its own language that we all understand. It has the power to push you in the gym but at the same time make you cry until you’re dry. It just blows my mind on a daily basis that people are listening to my lyrics all around the world and it means something to them. 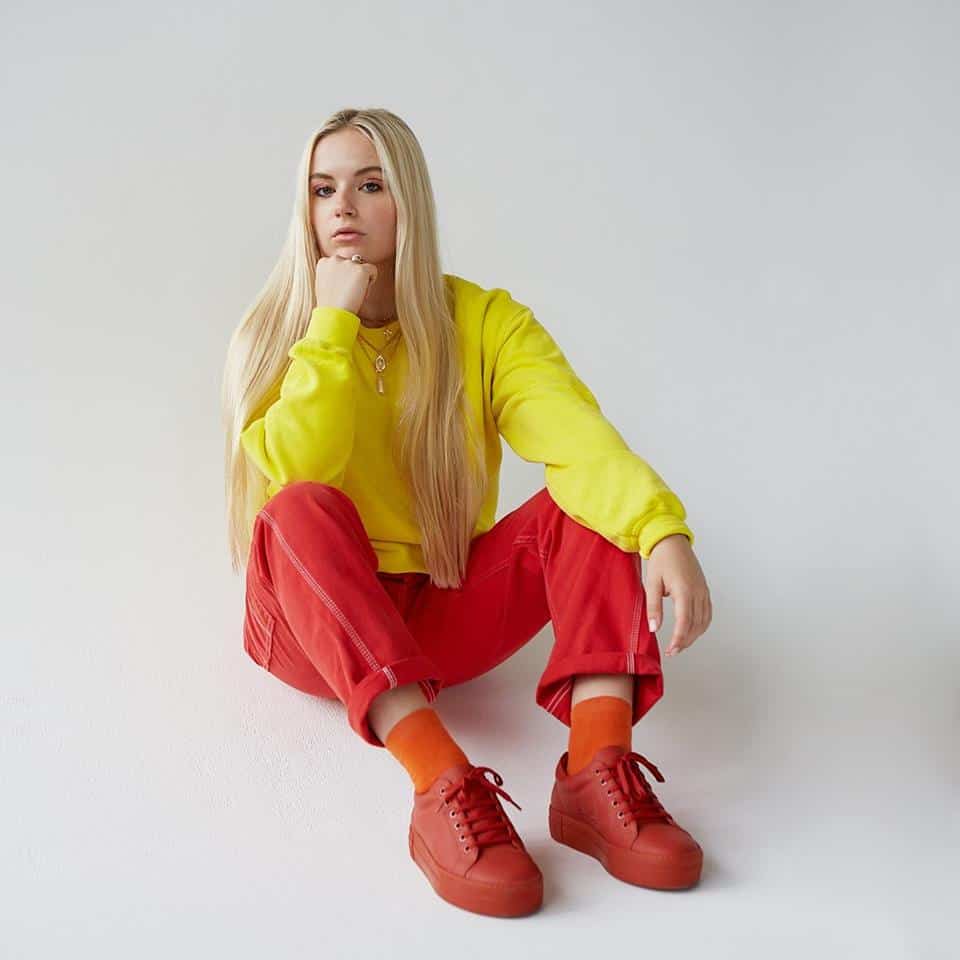 The music industry is particularly competitive and performance-oriented. Do you think that as a young woman in the music industry, that you’ve had to learn very quickly how to take control of your own future, musically speaking?

I think it’s important to be aware of expectation from others and the expectations you have for yourself in any industry but especially a creative one. I have music friends who have been victim to the competitive and performance-oriented nature of this industry but so far I have been very lucky. Taking control of your own future means being 100% honest with yourself and being as authentic as possible. It’s detrimental to your success nowadays to be fake I think!

Conceptually, your musical style reminds me of artists like Billie Eilish and Sasha Sloan. Female artists who focus on the solitary experience of feelings and emotions, and include a reflective, introspective element. Are those artists you identify with? What are your own musical inspirations?

I love the world Billie has created for her fans it’s so engaging with all its artistic elements but she is known to write from fiction most of the time whereas at the moment all of my songs are from personal experience. I grew up on Ed Sheeran’s story-telling and so I’ve always felt closer to artists that bare their soul a little through their songs. So I guess it’s a no brainer that I adore Julia Michaels’ writing as I feel her words carry so much weight and she’s not afraid to say exactly what she’s feeling, like on “Anxiety” with Selena Gomez.

You’ve toured with Tom Walker in the past, who’s had a massive 2018 of course. What did you take away from that experience, did he have any good advice on how to find your way?

The experience solidified the fact that touring for me is one of the best parts of being a music artist. The rush from stepping onto a stage is incredible and the moment you see people singing your songs back to you is priceless. Tom would regularly check in to make sure everyone was okay. He’s such a people person and considering how crazy his schedule is I think it’s really inspiring.

You’re very passionate about anti-bullying campaigns and raising awareness about the long-lasting effects it can have on victims. I love that you choose to be so outspoken about this topic. You’re only 18, yet are willing to show such vulnerability in song, and manage to do it so successfully. Is it important to you that each song has a strong, uplifting or empowering message?

Yes definitely – I want anyone listening to feel empowered by these songs and know that they’re not alone. I’m not the conventional victim. I would speak up but there are so many people who can’t face that so I hope they can find some strength in my music. Don’t suffer alone!

Going forward, what can we expect next in terms of sound and projects from you in 2019? How does Sody take control of her own future next?

Well at the moment I am still in the studio writing most weeks but alongside that, I have so much more music to release this year! I can’t wait to get out there performing my songs to people and meeting loyal fans in person. I’ve got some special trips out of the UK too that I can’t talk much about yet so let’s speak again soon!