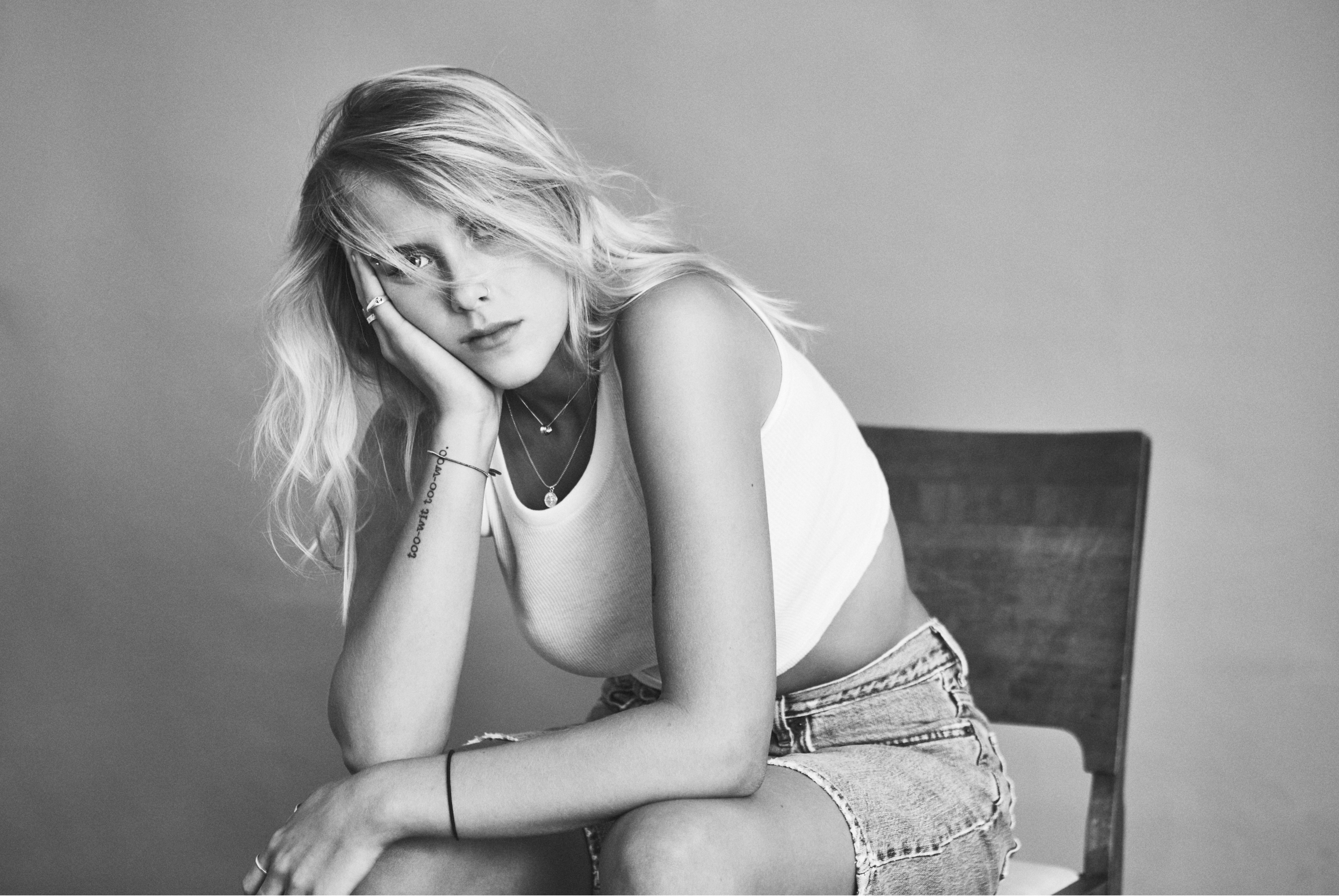 At only twenty years old, Mathilda Homer hasn’t been on what’s widely referred to as ‘the scene’ for a long time. In fact, she’s only really been making music professionally for the past year. But in that short space, she’s not only managed to gain over 68,000 monthly listeners on Spotify and performed in Sofar Sounds, she’s also managed to make some incredibly soulful and thought-provoking music that will simultaneously break your heart and put it back together again. We caught up with her to talk about what goes into bearing your soul for a song, what made her decide to become an artist and of course, her new EP Sunny Like You.

You’re only 20 and you’ve burst onto the scene with your music, was there a turning point for you when you decided you wanted to be an artist?

I wanted to be a midwife and an artist, but I wasn’t allowed to do my science GCSE because I would bring down the grade average, so then I decided I was 100% going to be an artist. My turning point was when I started saying to people “I want to be a singer”, before then I wasn’t brave enough to say that, because everyone wants to be a singer.

Nowadays the idea of ‘genre’ is incredibly blurred, and your music definitely has a soulstress, jazzy melodic vibe to it, how would you describe your music?

I’d say I’m probably part of this new wave of neo-soul / jazz. There are so many blurred lines I think I cross about 4: Jazz, soul, folk and pop.

Where does the jazzy influence come from? Was it always intended?

Not always, I used to sound quite folky, but with an English accent and blunt lyrics. The instrumentation on the tracks are more jazzy, it gives me more freedom. I love jazz.

Anyone who has listened to your music can tell there’s a raw openness and beautiful honesty to your lyrics. Is your writing process intentional to your style?

I write the best songs when I’m not brave enough to say it out loud in words. It is genuinely like a narrative that I don’t want to say to people in real life. Love and heartache are things that everyone will experience, I think it’s lovely to try and use a topic as simple as love and make it as tailored to you as you possibly can with your own detailed story.

It depends on who I’m writing with. Some writers/producer you go into a session with and you just have to chat for a few hours to get to know each other, then you start with ‘vibe’ which in my case is normally chords then I start mumbling lyrics and melody over it. I write loads of lyrics on my phone that I can bring out in times of need. 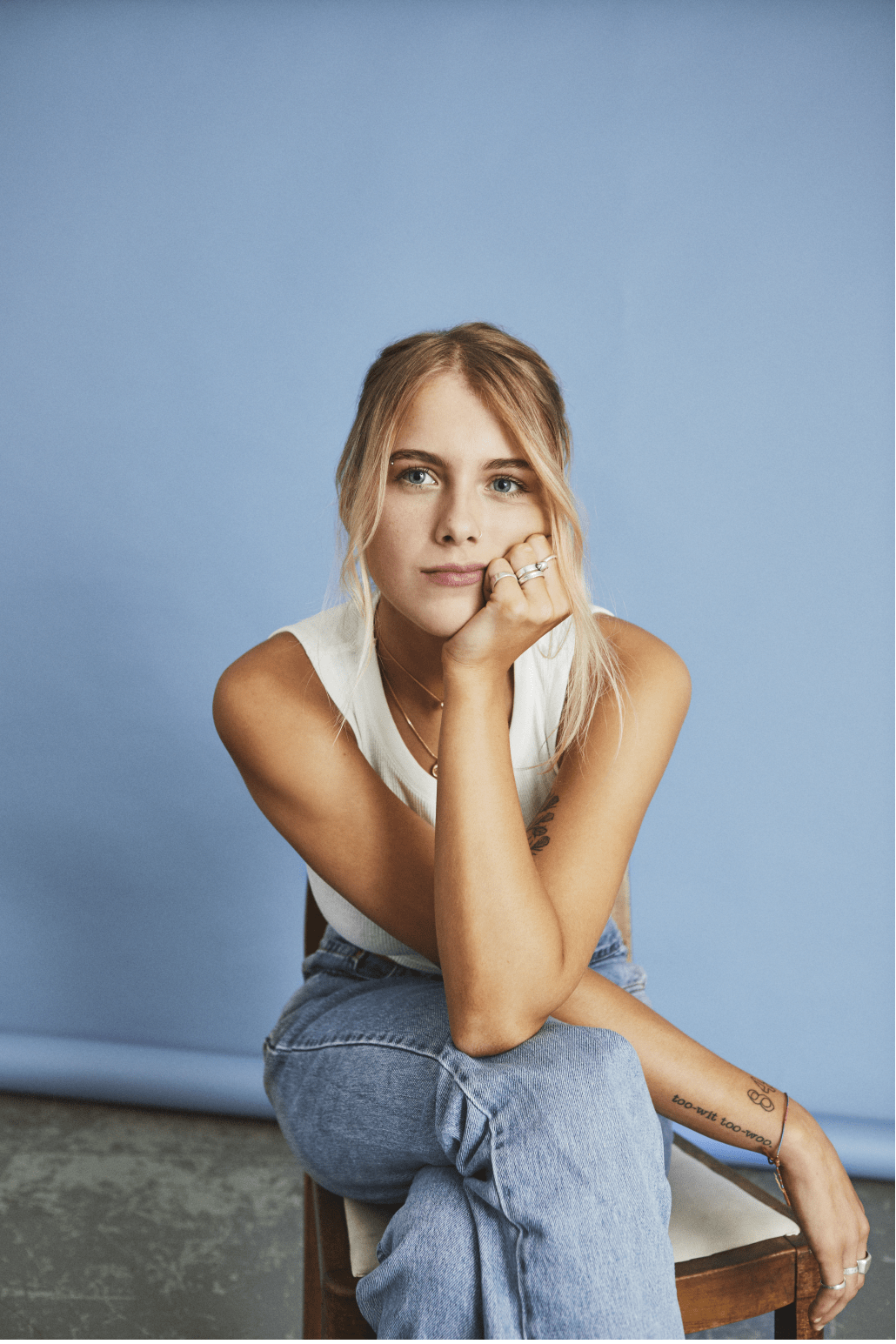 You collaborate a lot with friends and other musicians to create your music – how important is this and how do you find your collaborative partners?

This is key. The fact that I was allowed to go into a room with so many ridiculously talented people and be able to create with them, is very lucky. I’ve found a team of producers who I love and trust which I think means that the best songs can be made in those situations. When you trust the person you’re writing with, it makes it all easier.

Sunny Like You is your first EP, how did you decide on which songs and what you wanted to talk about in the release?

I decided by being quite stubborn. There were quite a few different ideas of different tracks that I’d done with different producers, but I wanted my first ‘thing’ to be the first thing I was proud of.

The EP has some incredible tracks on it, including the slightly sad, jazzy number ‘Probably Sorry’ which is your new single, but what’s your favourite track?

“Cry Baby”. It reminds me of when I was leaving home and really scared but when I sent my parents that song as a demo, they started texting me more making sure I didn’t feel alone.

The message is that even though you’re old enough to leave, you still can’t face the big world without a few little guiding words and support.

You’re still young and fresh on the scene, but have you noticed your music growing and changing since you started performing it?

Well, the music’s grown, but I’ve got much braver on stage. I used to physically be sick before I went on stage, and as I’ve got more relaxed, so have my songs. Performing is rewarding. I’m grateful that people have ears so they can hear them, and then also take them on. I like the idea that my songs have seen more places than I have.

Where do you see your musical direction going?

I’ll keep exploring, I don’t want to make a mind path and then be worried in 5 years if I haven’t gone down it. I want to do a tour, I have a few fans in Brazil so to go there would be great. Carry on doing it full time, I suppose that’s the dream.

Mathilda Homer is playing a headline show on the 13th March at Electroworkz in Angel. Her debut EP Sunny Like You is out now on all major platforms.