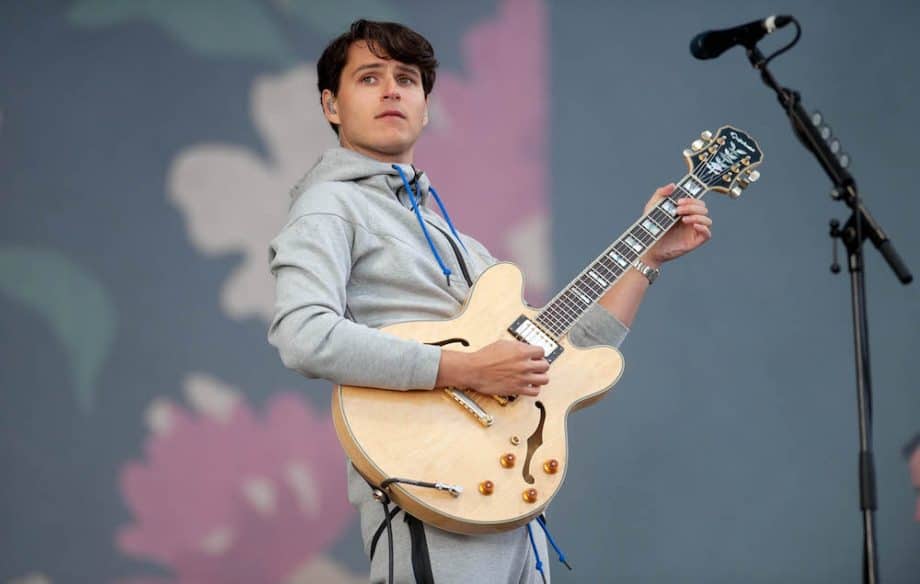 Vampire Weekend’s decision to take a five-year break from recording may have suggested some level of weariness with their sound or image, but on their first release from the new album, Father of the Bride, Koenig’s lyrics and the band’s overall sound retain strong ties to their past. This is seen nowhere more so than in the refrain of “Harmony Hall,” “I don’t want to live like this but I don’t wanna die,” a line also heard on “Finger Back” from their previous album, Modern Vampires of the City.

“Harmony Hall” opens with an acoustic and unhurried, folk-like guitar sound, as Koenig sings “we took a vow in summertime, now we find ourselves in late December.” This may suggest a melancholy turn and the track initially appears to contrast the frenetic pace of something like “Diane Young.” However, this soon gives way to a bluesy piano-led breakdown, something of a shift from the rapid, angular and guitar led riffs which Vampire Weekend was initially often recognizable by. It is worth saying that “Harmony Hall” doesn’t feel like a track that instantly sticks in my mind on the first few listens but is part of a rollout announced on Koenig’s Instagram of two tracks monthly until the album is released. It was also announced that the album will consist of 23 tracks and taken together, this along with “Harmony Hall” itself feel like an attempt to calm the frantic anticipation the band may have felt uncomfortable with.

The plea for a future listener to think about him as “I could wait a year but I shouldn’t wait three,” has a similar instant suggestion of a situation which the listener can easily fill details into as they listen. The slightly bluesy elements of “Harmony Hall” recur in the guitar tones used but with an interesting electronic counterpoint in the looped melody and filtered “boy” which appears to either be calling to the voice singing or expressing wonder at the passing of time. These components make the 1-minute 38-second length surprisingly affecting and leave the listener eager to hear the rest of what Vampire Weekend have cooked up in their time away.