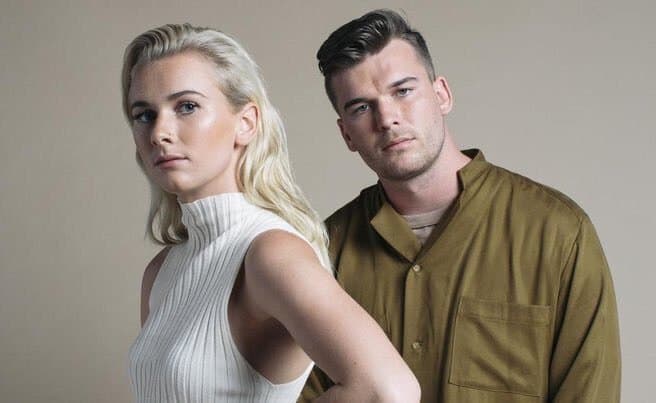 Broods, a brother-sister collaborative music duo, is ready to start off the new year with a big bang. On the first of February, Broods will be releasing their third studio album: Don’t Feed the Pop Monster. This album will showcase the group’s more raw and authentic side. In 2018, Broods put out the first two singles for the album: “Peach” and “Everything Goes (Wow).” Recently, Broods has given us another taste of the album with their latest single “Hospitalized.”

“Hospitalized” was created at a writing camp in Nicaragua. Lead vocalist, Georgia Nott, was inspired by a conversation in the group about how she had never experience breaking any of her bones. “I’d never broken [any bones], but kinda wanted to,” she explains, “That turned into this idea of wanting to get hurt so you can blame your self-pity on.”

This idea is very apparent in the song’s lyrics. The first verse on this track is Georgia stating what she wants: “Don’t wanna be the one to comfort no more / I wanna be the one on the floor.” This leads into the pre-chorus, which shows the singer contemplating on whether she should fall into this pain, and then we land onto the chorus, where she explains that she is feeling pain, but feels obligated to have a reason.

These lyrics mesh in such a stylistic way with the synthetic beats. The music production compliments Georgia’s voice as it heightens the intensity of her lyrics. It starts off calm, but once the chorus comes in, its nostalgic pop beats build up alongside the song.

One of the song’s highlights is its bridge. The instrumental production gives off a modern day Gatsby party atmosphere, while Georgia’s lyrics and voice become more sensual. The bridge allows the song to slow down for a second before falling down into the chorus, as Broods would suggest.

Don’t Feed the Pop Monster comes out on February 1st, 2019. Broods are expected to go on a headlining tour following the release of the album.