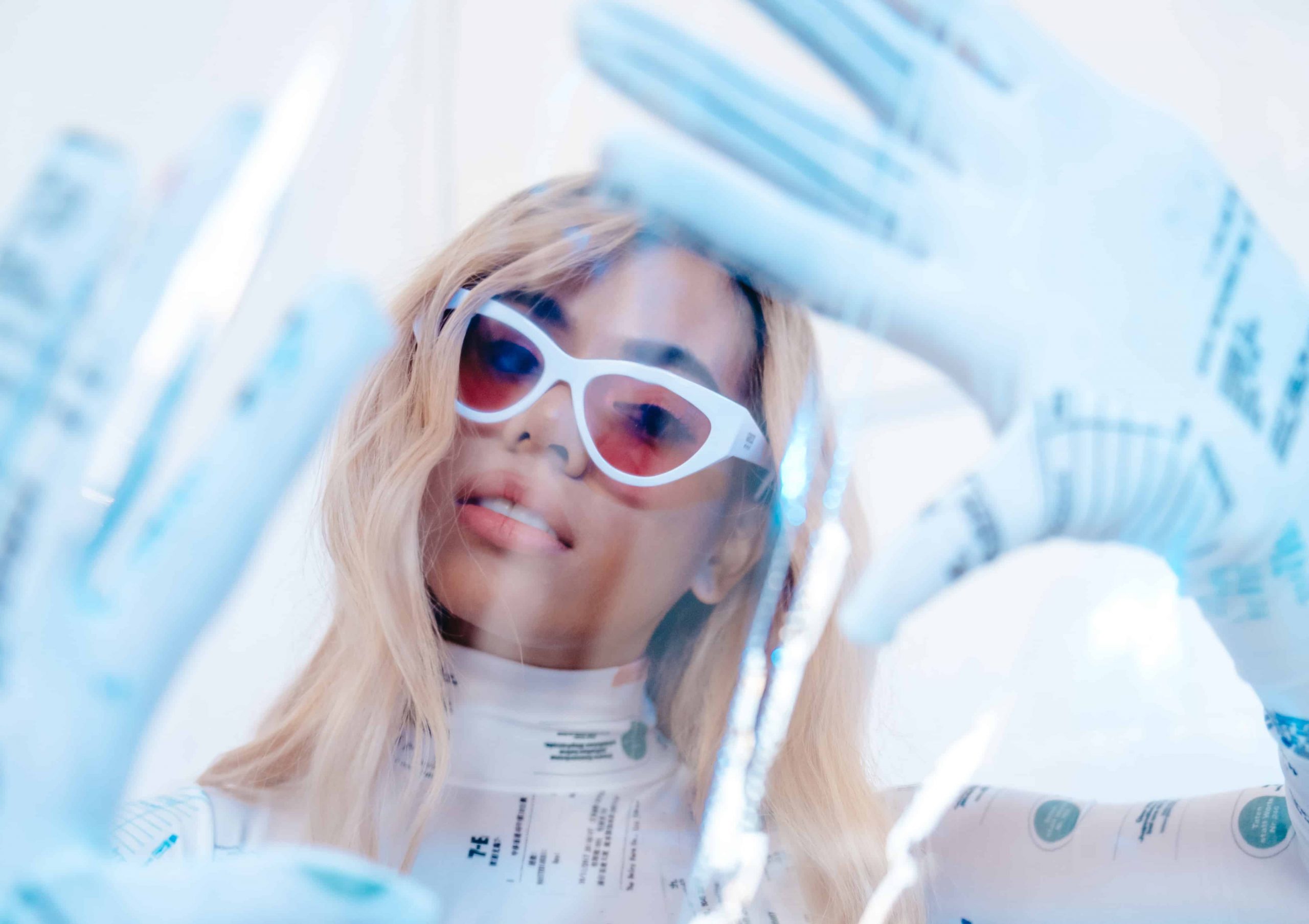 Owes It To Herself to Launch Her Solo Career

It’s just shy of a year since the women of Fifth Harmony decided to go on hiatus. Just like the looming One Direction break, the X Factor-created girl group’s disbandment seemed imminent, especially following the departure of band member Camila Cabello in 2016. While the women have metaphorically left the door open (in their video for “Don’t Say You Love Me”), the remaining members are focusing on establishing their identities as solo artists.

For “Dinah Jane” Milika Ilaisaane Hansen, being in Fifth Harmony defined much of her young adulthood. Since last March, she’s found herself honing in on her own identity beyond a member of one of the biggest girl groups in the world. “My focus was on the girls and that’s where my priorities were all the time,” she says. “Now I’m giving my music all my time and attention. I mean, I owe this to myself.”

In 2017, for the first time, the 21-year-old singer revealed the promise of what a solo career could look like with a feature on RedOne‘s track “Boom Boom” alongside Daddy Yankee and French Montana. The star-studded track was a Latin-tinged dance hit that indicated Dinah Jane was beginning to explore an identity beyond Fifth Harmony. It seems like a stint in film could be in her future considering she auditioned to provide the voice of the title character in Moana and appeared in Netflix’s The After Party. “It was a good stepping stone for what I could do outside of music,” she says. “I have an interest in that field — maybe you’ll see me in more [films].”

Born and raised in Santa Ana, California, Dinah Jane’s musical identity began early on at home. With a singer for a mother and brother and a pianist grandma, she was introduced to music at the age of four. “I remember my mother having a journal, and she’d write about how I’d walk over and listen to them from the other side of the room practicing their songs for church and wanting to be a part of their little group,” she recalls over the phone on her way from Orange County to Los Angeles. Dinah Jane was enticed by the beauty of it all and wanted to be just like them.

“When I grew up, they started teaching me and inviting me around their group,” she notes. Music became more than just a hobby for her– it helped bring out her personality. “Music is a way for me to escape from my reality because I used to be a really, really shy girl,” she recalls. “I wouldn’t speak to anybody and music brought something out of me and cracked the shell.” Her influences over the years have stemmed from artists who rose in the ‘90s and ‘00s like Mariah Carey, Lauryn Hill, and R&B ballads. “I feel like I have an old soul sometimes,” she says.

During her early years, she sang at local events in Orange County, but it wasn’t until an audition on singing competition The X Factor that music would become a career option. In 2012, Dinah Jane, who has over the years earned comparisons to Beyoncé, sang the icon’s hit “If I Were A Boy.” Her rendition even garnered high praise from L.A. Reid who said that she “took the song to places even Beyoncé didn’t.” While she was later eliminated from the boot camp portion of the series, she was invited back alongside Ally Brooke Hernandez, Normani Kordei, Lauren Jauregui, and Cabello to form the band now known as Fifth Harmony.

But her girl group days are behind her, for now: “Right now I’m in my own element, and I realize how much I missed out on and how many talents I have discovered. Being in a group, you can only showcase so much because a lot of the girls have talents themselves that need to be shared. And we could all only share so much.” That doesn’t mean that she regrets her experiences in the band though. “I’m really grateful for the platform we’ve made together,” she says, humbly. “I love seeing everyone on the rise.” That being said, she still keeps in touch with Jauregui who she’s run into from time to time. “Lauren’s always writing me – we send each other funny memes in DMs on Instagram and make each other laugh,” Dinah Jane says. “Anytime something reminds me of her I’m like ‘Oh my gosh do you remember this?’”

In September, Dinah Jane revealed her debut solo single “Bottled Up” featuring Ty Dolla $ign and Marc E. Bassy– a ‘90s-tinged track which embraces the singer’s affinity for a dance hit. It was also one of the first songs she had ever written. It fostered an immediate connection for her when Bassy brought up the relatability of bottling up your feelings: “I was like, ‘whoa I relate so hard. I go through this myself, and I know so many people who turn to supplements just to help them get through it all.”

While the sound of “Bottled Up” might seem natural for Dinah Jane, she’s intent on not being boxed in, something that aligns with her “classy ratchet queen” persona. The description may have begun as a joke but it’s become fitting for her. “I know so many girls who have the same attitude where they have the same aura of a ratchet side to them but also I’m really soft and I’m very poised,” she explains. “It’s always good to walk around with a balance of that. I can never be more of one or the other.”

Now that she’s on her own, it’s important for her to embrace her sexuality– something she’ll be incorporating heavily into her music. “Growing up I used to be ashamed of showing that part of me, and being in a group, you have no choice but to expose that, but now that I’m on my own, I’m really comfortable and confident in talking about that,” she admits. The more honest she is, the more she believes it will positively impact her music. “My inner sexy is coming out, I’m not afraid to expose that or let anybody know what I’m about,” she says. For anyone stepping into the limelight, they have to consider their position to potentially become a role model to fans, and for Dinah Jane, it’s important for her to incorporate her family into that sentiment. “I come from a huge family, [I’m] the oldest of 8], so it’s always been a pressure for me [to show my siblings] that you can reach for your dreams if you work hard for it,” she says. “I think I’ve been my true self to them all along.”

The different aspects of her personality are also fueling her overall music strategy. “I’d rather create a body of songs that relate to me the most — I would say ballad songs, but more vibey or mid-tempo,” Dinah Jane says. That’s where she feels most comfortable, but she’s not limiting herself. She does, however, dream of working with John Legend or Miguel. “It’s always been a dream collab of mine because John [Legend] creates really authentic raw music and I want to take my music to that level.” There’s a diaristic quality to her music that falls in line with Legend’s work.

And as for future releases? She’s just “going with the flow,” which mirrors her attitude in general. “If this were an issue of picking how many or which songs to release after ‘Bottled Up,’ then you’d be in trouble, but I’m so confident about all my songs it’s just hard to pick the next one,” she gushes. Dinah Jane says she could release an album, but mainly fans should just “expect the unexpected.” Luckily, fans got a taste of some of her new songs when she played Jingle Ball last year. First, there was the reggae-influenced “I Don’t Mind,” which features a throwback sample from Wayne Wonder, which she wrote with producers Verse Simmonds and Aaron Reid. “It was just catchy, very island-y and that’s where I want to take my music as well, and incorporate my culture,” the singer says. “Reggae is something I grew up with all my life.” Then, she introduced the Mercury in retrograde-written track “Retrograde,” which shows off her powerhouse vocals and plays off of a time where she was still friends with her ex’s mother. “It was like, ‘You will never get rid of me, your mom still asks me to come around, your family still likes me.” Essentially, it’s a subtle petty song to your ex. “I love the attitude it gives, the production and my tone of voice. I think that’s what you’ll get out of my music– my range,” she adds.

Dinah Jane’s solo come-up is aligned with the other members of her former group. Despite their simultaneous solo careers, Dinah Jane doesn’t feel the pressure because music helps her feel immune to it. “If there was a pressure it would be mainly on myself, like, ‘Wow, you have all this power now. What are you gonna do with it? You’re the one making the decisions and you’re the one in charge.’” Because she’s never had this much autonomy, she’s taking everything day-by-day. But she’s never been more ready.

Dinah Jane is currently in the studio working on her debut album. She’s also teaming up with Sofar Sounds to curate intimate live shows showcasing local artists across the US for their “Future of Awesome Tour.”