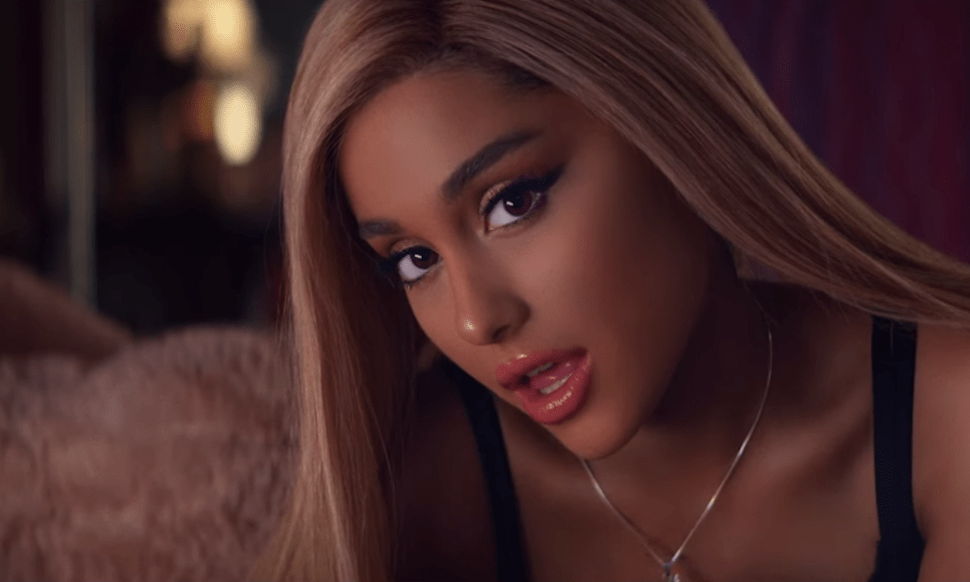 Listen, it’s not October 3rd, but today is a very important day for fans of the 2004 film “Mean Girls”. For the past week or so, Ariana Grande has been endlessly teasing fans with snippets to her latest ‘smash’ single and now soon-to-be-overused phrase “Thank U Next”. That doesn’t mean that it isn’t iconic though. Through her social media, Grande has been gradually dropping behind the scene photos, with fans continuously speculating what the concept for “Thank U, Next” was going to be. After the viral single shot straight to No.1 on the Billboard charts and went platinum, the singer took to social media to reassure fans that a video was baking, and it turned out to be everything we never knew we wanted and needed. There have been nostalgic themed teasers, gifs, photos and now finally the video for “Thank U, Next” is out, breaking YouTube’s premiere record, with 829,000 fans viewing the clip at the same time upon its release.

Ariana Grande’s personal life has experienced quite a bit of turmoil over the past few years, from the 2017 tragedy at her Manchester show to her whirlwind romance and breakup with SNL’s Pete Davidson to the unexpected death of former boyfriend, rapper Mac Miller. She has navigated the healing process with grace and balanced out her pain with a professional triumph, showing that she is more than the events that have happened to her. After performing the No.1 single on The Ellen Show earlier last month, paying homage to the 1996 romantic-comedy First Wives Club by wearing costumes alike, it became evident that the videos inspiration was going to stem from classical and exemplary female-led films of the 90’s and 2000’s. With Grande even responding to a fan that tweeted, “Ariana making a song about self love then pursuing to create a music video filled with references about the most iconic and amazing female roles in the history… chief called and this is IT”.

Prior to its release last night, nearly 500,000 people tuned in on YouTube for the live countdown minutes before its release. And the video itself delivered—its five and a half minutes are sprinkled with personal and pop culture references star cameos, from previous cast members to reality stars by getting Kris Jenner to play Mrs. George; the matriarch perfectly embodied the spirit of the wannabe “cool mom.” (Thank U so much for doing this, Kris) and all kinds of connotations for Ariana Grande’s heavy stans to unravel. The music video focuses on the masterful duplication of Mean Girls,” “Legally Blonde,” “Bring It On” and “13 Going on 30.” Where Grande acts as Regina George, Torrance Shipman, Jenna Rink, and Elle Woods respectively, by mirroring their timely looks and cult classic scenes (see the Christmas talent show and ‘Bend and ‘Snap’ routine), while also adding a dash of her own personal flare.

But there’s something important to be mentioned about this nostalgic video – it was directed by Hannah Lux Davis, the artiste behind a bunch of Grande’s visuals, including the stunning “Breathin” music video, as well as other artists like Nicki Minaj, Miley Cyrus, Hailee Steinfeld, Fifth Harmony, Little Mix, Jessie J, Tinashe, Halsey and well Demi Lovato’s 2017 documentary Simply Complicated.

To sum up, there is A LOT to unpack here. From the subtle-but-not-so-subtle mentions of her exes in ‘The Burn Book’ to the nonchalant Victorious reunion of Matt Bennett, Liz Gillies and Daniella Monet making us feel every sort of emotion. Comparisons and video analysis are being made as as speak and no video has had this much buzz since Childish Gambino’s “This Is America”. But what we do learn is that Ariana Grande is creating “Thank U, Next” into an anti seasonal depression hit. No one’s calling their exes this winter, as for 2019 we are now focusing primarily on the importance of self love, character development, strong female ambition, and the value of platonic relationships and positive influences. Get in loser, we’re saving pop music.