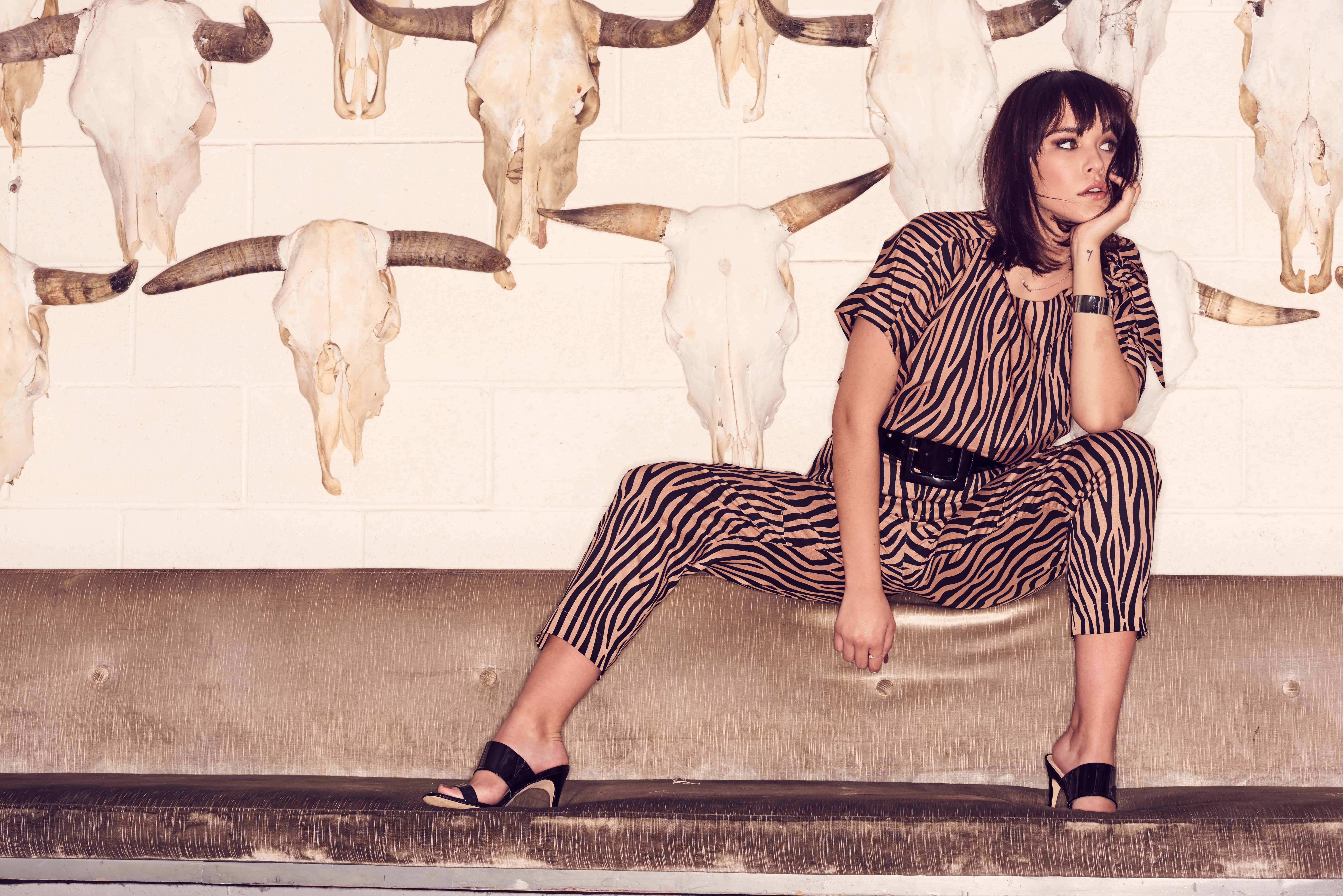 Arizona native, UPSAHL, is making sassy indie pop that only takes one listen to get you hooked.

Although she’s just 19 years old, Taylor Upsahl – who uses her surname as her moniker – wrote and released a self-titled EP before even graduating high school, and is classically trained on the piano and guitar. So it may come as no surprise, then, that UPSAHL’s been creating waves with her music.

She’s recently just released the cheeky, autobiographical track, “The Other Team”; a song about falling in love with her male gay best friend, with a fun music video to match.

We spoke to the artist about making music for the political climate, the inspirations behind her upcoming EP, and not having a clue.

You’ve had so much buzz despite having only putting music out in the past year. Did you expect this?
This year has been the best year of my life so far. I’ve been working my ass off with my music since I was 14, so I’m really grateful for the love that my music has received this year. I guess with this industry, there’s no way to predict anything, so the best I can do as an is just make music that resonates with me and that other people feel the same.

Your EP is coming out next year. What emotions and experiences inspired the record?
I’ve spent all of 2018 writing songs every day with amazing writers and producers, and I’ve grown so much in this past year. I moved to LA and had to learn how to be comfortable alone, I’ve met so many new people, my personal relationships have changed, and I really think I’ve found myself. At least for now haha! The cool thing about doing sessions every day is that the song you end up with is a of how you were feeling that day or what you were going through. Writing is like therapy to me, so what you’ll hear on the EP is me talking through all of these emotions.

What do you want people to learn about you from listening to the EP?
If people learn anything about me from the EP, it’s that I still have no clue what I’m doing. Nobody does. This is just a body of work that I’m really proud of and had a blast creating. If people connect to one song, if a song makes them cry, if they set it as their phone alarm, sing along to it in the car, or come to a show, I’m happy.

Give me a window into your writing process – how do you write a song?
My writing process changes depending on the day or who I’m working with. Because traffic in LA is another level of insanity, I come up with most of my song ideas while sitting in the car. Sometimes, it’s a bass line that I sing, sometimes it’s a concept or song title, or sometimes it’s a guitar riff. In a session, if we don’t really have any ideas to start with, we just talk about our lives. Sometimes you’ll be talking for hours until someone says something that makes everyone in the room stop and , “That’s the song.” I’m always writing and making music on my own, but there is something so magical about making a song from start to finish with other people.

You’ll be performing at SXSW next year. That’s amazing! What’s your attitude towards performing live?
I am beyond excited for SXSW! I’ve never been but growing up, my dad would always tell me stories about his bands playing SXSW. It’s always been a dream of mine to go. I’ve been playing live shows since I was 14, and I’ve always just loved being on stage. I can’t wait to finally get back to performing live next year with all the tour dates we have coming up!