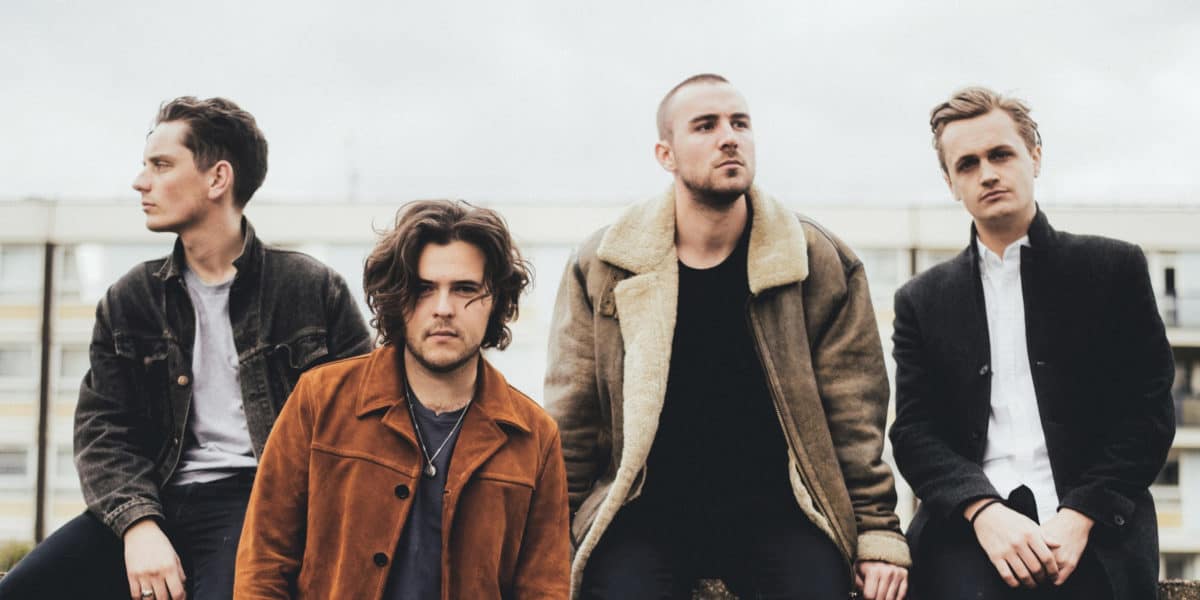 Amber Run’s second album, For a Moment I Was Lost, didn’t come easy for the British indie-rock group, but you wouldn’t know it from listening. Working through a major upheaval within the band, as well as a newfound sense of self-consciousness, Amber Run has managed to put out an album that is deeply personal, emotionally charged and altogether too relatable.

Now, on tour in the US for the very first time, Amber Run has not only made a triumphant return but a major improvement on an already incredible first album. The trio of Joe Keogh, Tomas Sperring and Henry Wyeth spoke to Euphoria about their impulsive rise, unexpected fall, and heroic redemption, as well as why touring in the US has been such a wild ride for these UK natives.

Your second album came with a lot of difficulties but the payoff definitely shows! How did you overcome the sophomore slump problem that plagues so many groups?
I don’t know if we did! I love the record but it was certainly hard to conceive and write. We thought about it all a lot and I think that’s where bands fall down on their second records. You forget the naivety and impulsiveness you wrote music with in the past and start to overthink and second guess the processes that got you to where you are! I felt we did have a bit of that – but I wouldn’t change what we released for the world and it helped us enormously so it’s great to hear that you like it.

You studied law and humanities at university but ended up finding major success with music. That is a pretty scary risk to take! How did you go about making the decision to follow something that could easily have had very little payoff?
We didn’t really think about it, honestly. We were young and given the opportunity to run around the world playing music that we believed in. I would hope that everyone would take an opportunity to do what they really want. You can always go back to school…

Your music is so raw and emotional, how do you tap into those more thorny emotions to create such empathetic songs?
It’s important to talk about the low moments. Personally, it’s part of my process of feeling better about any situation. It can be hard to relive stuff playing live but the songs have stopped being just important to us and have started soundtracking moments in other peoples lives – which really is a privilege.

What about what you were going through at the time of writing For A Moment I Was Lost influenced its sound in particular?
Our friend had left the band, we had been dropped by our label unceremoniously. We had no money and were angry. We would have been liars if we’d have put tunes like “Good Morning” or “Pilot” from our first record onto our second.

How is the tour going? How does touring in the US compare with the UK and Europe? How has the response to Carousel been in the states?
It’s been beautiful. To turn up in cities we’ve never been, on a continent that we’ve never set foot on and sell out shows is crazy. Speaking to fans and hearing how long they’ve waited for us to come makes 5 years of hard work drift away. It’s been a pleasure and we can’t wait to come back.