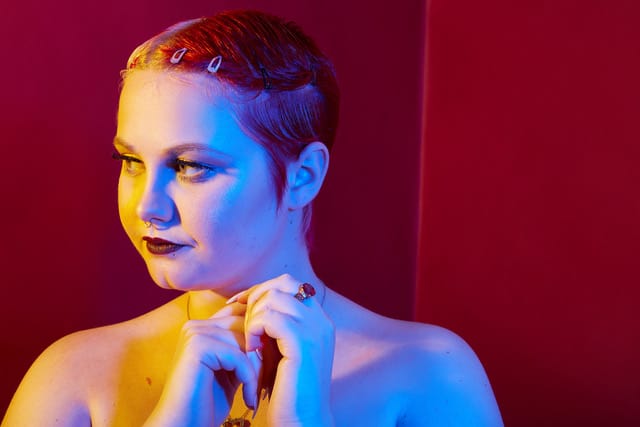 Taking her self-made brand of dreamy, R&B, strong vocals then switching to rap with her distinct, raspy voice, LA native Swsh is making her mark.

Recently signed to Jamz Supernova’s Future Bounce label, Swsh is writing music for the future, one that she wants to see become more accepting. “I’m passionate about protecting people’s ability to exist as whoever they are without worrying about being killed or attacked. Whatever that might mean,” she says.

A quick look at her online presence confirms this. Shaved pink hair, a penchant for big glasses, Swsh shows herself living her best life, with no cares as to who might be watching. Whereas some breakthrough artists try to create a portfolio, showcasing them at their most put together, Swsh’s posts of her eating spaghetti from a fork with a bottle of wine in the other hand. It’s still a portfolio but proves that she’s about what she’s about.

“In Luv”, the first single release from her debut project, reflects her open, somewhat raw response to writing, and is reminiscent of the strong, female powerhouse style R&B we were used to in the 90s. She’s bringing back the powerful vocals that we know, love and have undoubtedly missed, not surprisingly considering she counts Amy Winehouse and Billie Holiday as some of her biggest musical influences. It’s a track describing the feeling we all know too well when we find ourselves besotted with someone and you don’t know what to do. Listening to the sincerity in her voice takes you straight into your feelings. 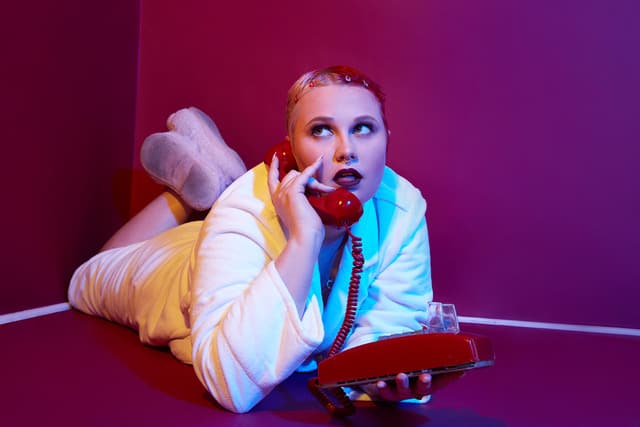 Her voice just hits you, as it does in “Gone”, one of her most popular tracks, which has more of a jazzy beat, complete with brass sounds, distorted guitar and some catchy as riffs, And we’re not the only ones who are fans of her sound, it’s been gathering support not only from female-focused blogs and stations across the net but also Radio 1 and 1xtra, having been played by Trevor Nelson and Toddla T.

One thing about her music is that it’s undeniably cool, but not in a try hard way, it’s raw and real on a level most artists could only aspire to after years of releases. This is true too of her new track, Break The Fall, an upbeat, sing-rap style of track, for which Swsh has also released an acoustic version that showcases her talent, stripped back, with no troubles.  Break the Fall is also the precursor to the new project that will be dropping from Swsh, and having worked with J.KELR, who has produced for Kendrick Lamar, Anderson .Paak, and Chance the Rapper, another of her major influences, it’s going to be one hell of a project. So you better get listening before she blows up, that way not only will you be able to brag about listening to a star before she got big, but her small but glowing discography speaks for itself.