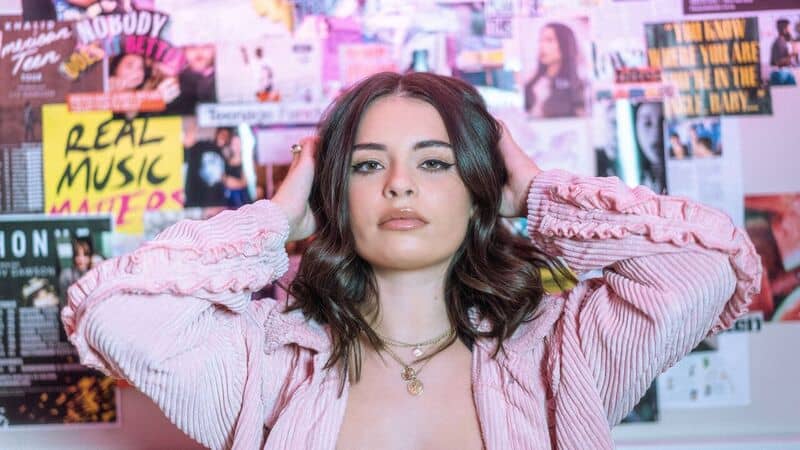 Liv Dawson may only be 20-years-old, but the British singer is carving a reputable name for herself. Her debut 4-track EP, Bedroom was released only a fortnight ago and is already receiving glowing reviews.

We spoke to Liv not long before the release of her EP, to chat about how she sang for escapism during hard times at school, touring with Khalid, and having a WhatsApp group with her fans.

Let’s talk about your  EP, Bedroom. What were the main themes and inspirations there?
When I was writing it, I was going through a weird transition personally. I was going through a break up and wanted to write a really honest group of songs that went together. I wanted for people to be able to listen to it and feel like they knew the story the whole way through. I wanted to video to follow through the whole story. The main themes are growing up, finding your personality and having social anxiety. I just wanted to be really honest. It’s probably the most personal songs I’ve written.

Do you think you’ve found your signature sound or is this something you feel you’re still working on?
Music is so fluid and there’s like five different genres in each piece of music that anyone makes nowadays. I really wanted to find my sound and was focusing on that so much that I lost what I wanted to hear and wanted to think. When I go to the studio and want to write a good song, that will start with piano so you know you’ve got a good song, with or without production. As long as I’m keeping them personal and the context’s there. It’s your voice that distinguishes you from the rest.

How did this passion for singing become a reality?
I feel like I’ve always sung but didn’t think I would make a life out of it. When I started playing live, I was about 14 and was just really enjoying how I felt. I was just singing covers, I wasn’t singing my own songs because I didn’t know how to write them. I felt really free when I was singing. When I was in school, I was bullied quite a lot. Going out on stage, I could just let go and sing things that meant a lot to me. I met my manager during college and he suggested I could start [a music career] now and I didn’t have to finish college. I feel like I grew up quite quickly and was a lot older than my age. I just wanted to start writing music and do gigs, go on different tours…I wanted to do it all straight away but I had to learn how to write a song and perform. 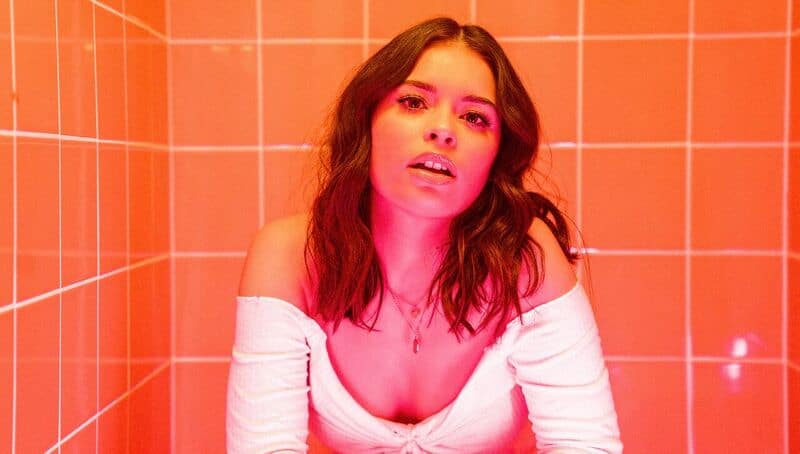 Speaking of touring, you recently opened for Khalid on his UK and Europe tour. That must have been amazing!
Yeah, that was amazing, it was really cool. It was really last minute. I got the call two weeks before and was literally gobsmacked! I didn’t know what to say. He was such a nice guy and welcoming. It was the biggest tour I’ve done so I was very nervous, but it was so amazing, probably the best experience ever.

You’ve got a WhatsApp group with your fans. How did that idea come about? What kind of things do you talk about?
My manager and I had a chat about how I can connect with my fans. I’ve got fans that have been there since my first song and they stuck through, really supporting my music, sharing it and I just wanted to do something that was really personal. It’s hard to reply to everyone’s Instagram messages but I do that all the time. I got a phone and the group’s capped on 100 people. I pop in there once a week and update them on what I’m doing. It’s really lovely and I think if I was a fan of someone at that age, I would have loved that to happen to me. I used to be so obsessed with artists when I was 13/14.

How important is it for you to have creative control over your music this early on in your career?
It’s really important to me now; more important than it’s ever been. It’s a very male-dominated industry. I went into studio sessions when I was 15/16 with a lot of older men. I was very anxious, like major anxiety. I didn’t really get to express my opinions on my music or how I felt, I just didn’t feel comfortable enough. Now, I literally surround myself with everyone who empowers me, everyone who makes me feel comfortable. I’ve even started writing for other people now I feel so comfortable. It’s now so important to me. If I don’t like something, I’ll just say I don’t like it. It changes everything, from the way you promote your music to how proud you are of the music. We shot my video independently with four of my friends in four days. It was such an amazing feeling after we’d done it. We were so relieved and so proud. Everyone’s starting to do that now because it’s so rewarding.

Looking back on 2018, has this year played out the way you thought it would?
It’s been amazing. Each year has its ups and downs. Especially at my age, I think it’s been such a whirlwind of emotions. If I could sit back and look at everything I’ve achieved, I’d feel so proud. It’s really hard to be proud of yourself because you’re always trying to reach higher and do better than the next person, but within myself, my growth has been amazing. I’m so excited for next year and can’t wait to get my EP out now – I’ve been working on it for so long!