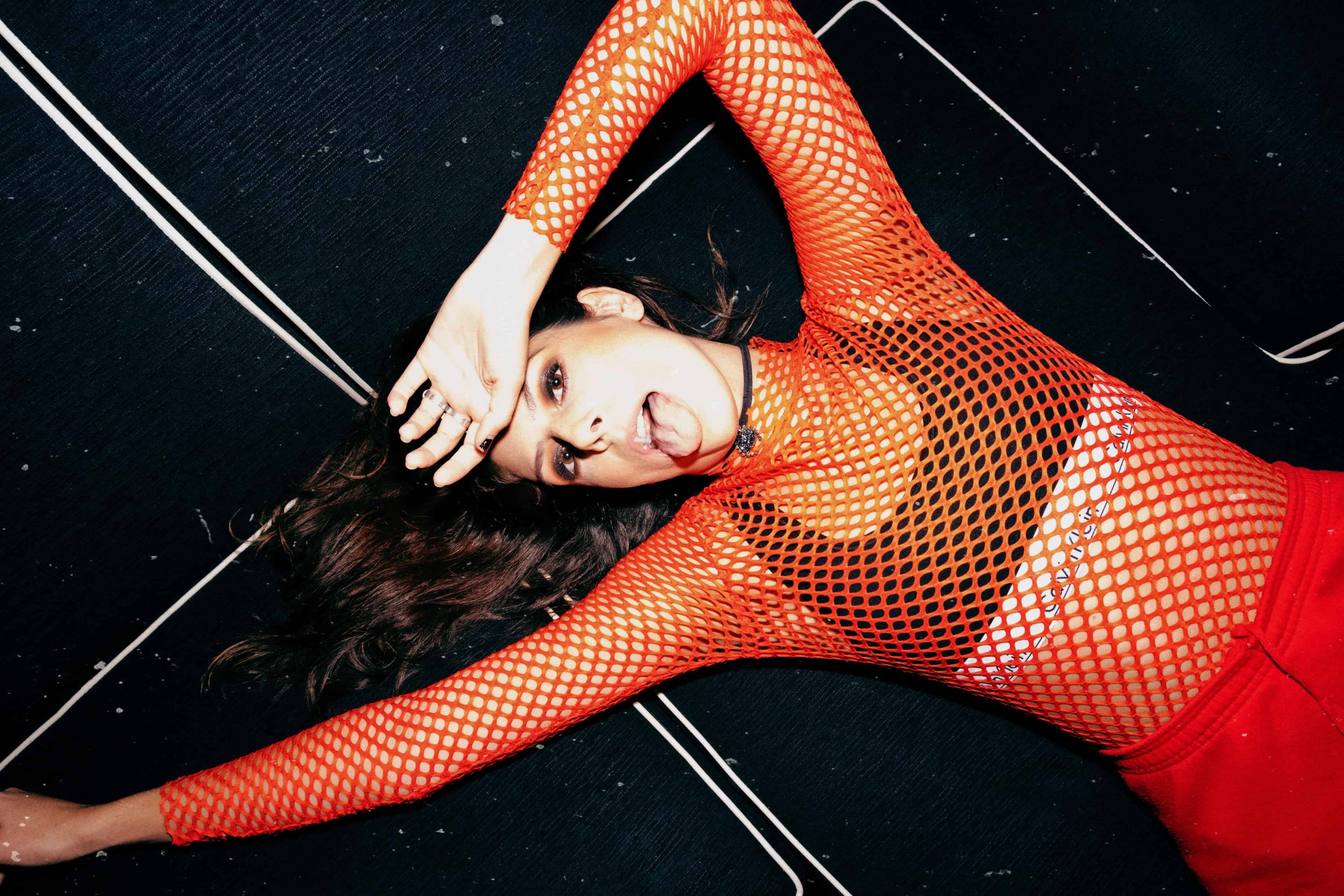 Born in Oakland, California, and now based in LA, FRANKIE is one pop artist you should be paying attention to as we head into the new year. She’s set to release her new EP STA7GES next February, which chronicles her journey through the 7 stages of grief – shock, denial, anger, bargaining, depression, testing, and acceptance.

We got the chance to hear FRANKIE’s entire EP ahead of its release, and chatted with her about the recording process for STA7GES, cover artworks, her love for Fleetwood Mac, and more!

You’ve said before that singing was a way for you to entertain yourself growing up as a single child. When did you know you wanted to pursue a career in music?

Some of the earliest memories my parents have of me is me singing “Phantom Of The Opera” and “Sound Of Music” to them at 3 years old… so my love for music definitely started early. I was that girl singing in front of the TV pretending to be the 6th Spice Girl, or as I like to call me, All Spice. I also dressed up as Stevie Nicks for Halloween in the 4th grade and NO ONE in my class knew who she was… It’s hilarious to think about now, but it has always been in me. I never had a “plan b” growing up… it was always going to be music one way or another.

Your EP STA7GES, which is out in February, is a concept EP of sorts in that it chronicles the various stages of grief. Which stage of grief struck you the hardest in your life, and which song was born from that specific stage?

Yes, my EP is all about the 7 stages of grief I experienced during my breakup late 2017. It reveals every emotion I experienced the past year in song form. Only until I wrote the last song on the EP, ‘When I’m Ready,’ was I able to look back and see the arch of everything that had happened and see the new place I was in. My latest release from the EP, ‘You Decided,’ represents the denial stage and that was probably the hardest to write and record. I wrote it 2 weeks after the breakup and went immediately into the studio with the boys (Ben Rose and Joey Orton aka “One Night”). I told myself I’m going to be brutally honest and share everything I’m going through even if it’s humiliating and vulnerable because that’s the only way I will get to the other side.

What was your favorite part of the recording process of your EP?

My favorite part is working with my two best friends. We write and produce everything together and we share such a unique special bond where I feel totally safe in expressing whatever I’m feeling. They saw me go through hell and they were with me every step of the way. To share these songs with them makes this so much more special.

There seems to be a strong connection between visual art and the themes in your latest releases. What inspired the cover art for “You Decided,” and how important is cover artwork to your overall artistic vision?

Yes! I’m happy you connected that… the visuals are so important to me. With the “You Decided” cover I always saw the retro telephone and the heart scissors in my head. It represents the person who holds your heart cutting off communication with you and the hidden hand emphasizes that it was their choice. They decided it’s over, which is what the song is about. There are hidden and obvious hearts in all the imagery for this EP because it represents the heartbreak – so look out for them! There are two in that cover.

Do you find that songwriting comes easy to you, or is it a skill that you’ve had to practice and work on?

Songwriting has been my main form of expressing myself since I was 10, so it has come easy, but, like anything, over time you get better and I’ve had a lot of practice. It’s easy if I let my songs come to me. Every song usually stems from a voice memo of a melody coming to me that then turns into the full song. I can be cooking, sleeping, driving and when it hits, I have to record it or else I’ll lose it. If I sit down and tell myself ” I’m going to write a song right now” it normally doesn’t work or doesn’t come out as good.

“Good Enough” is a beautiful ballad off your forthcoming EP. What was the inspiration behind that song, and how long did it take for the song to reach its final form?

I’m so happy you like that song! I’m very proud of it and I’m excited for my fans to hear it. It’s actually one of my older songs that then took on a new life during my breakup. I originally wrote the song with the boys and it was about my mom dating again after my stepdad had passed away five years ago. It was me talking to the hypothetical new man who would come into our lives and what he had to be for us. It was shelved for a while for various reasons, but then when I was going through my breakup, I re-listened and the lyrics took on a whole new meaning to me. It became an anthem for me to sing to the next person who enters my life again, romantically. Funny how timing works…because I have both perspectives on the song, it makes the performance even more meaningful.

If you could only listen to the discography of one artist for the rest of your life, who would it be and why?

Oh wow… that’s very difficult. I love Fleetwood Mac so so so much, and I’ve grown up listening to them my entire life, so not having those songs in my life would be very difficult. But I also love my queen Taylor Swift…can I have two?! If I have those two I’m solid. Wait, no… and Coldplay. Ok, now I’m good.

Are there any songwriters, artists, and/or producers you’d love to work with in the future?

Sooooo many. I love Chris Martin with all my heart so to collaborate with him in any capacity would be a dream. I love Taylor too. I met her this year and she could not have been any sweeter to me. She told me she loves my music which is still the craziest thing to think about…so working with her would make me very happy.

What’s your favorite thing about LA?

The culture, the community of artists and my group of hilarious friends. I’m constantly surrounded by creative talented people who are so inspiring. It’s the city where most musicians live and it’s great because we all love the same thing and help each other out. The food is really good too… I wouldn’t be surprised if I never leave.

Lastly, as a newly independent artist, what excites you the most about the new year, and the ways in which you can share your art with your audience?

I’m so happy that we live in a time where streaming is so popular and that I have the ability to release whatever song I want, whenever I want. Independent artists are starting to become the new normal, so it’s exciting! I hope in the new year I continue to share more music, tour and hopefully keep living full-time as a musician because that’s all an artist can ask for…my voice pays for my apartment… that’s so cool!! Let’s see where it takes me in 2019.