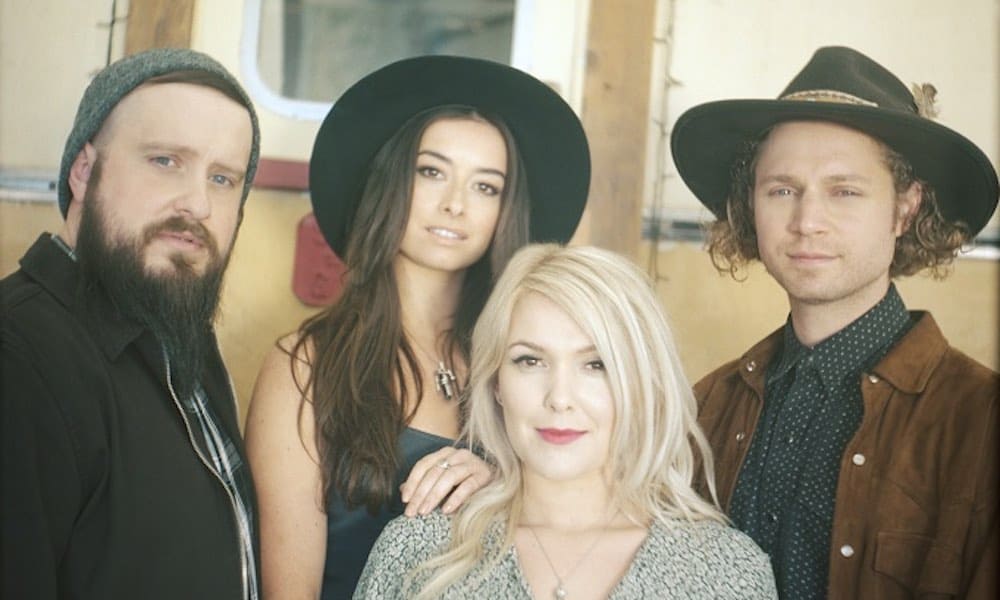 The Wandering Hearts – Til The Day I Die

Just as they’re about to embark on their biggest UK headline tour to date and cap off an amazing year, The Wandering Hearts have released a new single “Til The Day I Die”.

In conjunction with the release of their brand-new single, the alt-country band have also announced the release of a deluxe version of their brilliant debut album Wild Silence. Due for release on the 25th of January, the album adds three brand new tracks as well as live recordings and acoustic versions of their most beloved songs.

“Til The Day I Die” sees the quartet continue to combine their never-ending enthusiasm and talent to conjure up a heart-warming track, practically overflowing with faultless harmonies and delightful enthralling instrumentation. The wistfully romantic lyricism stands as a focal point of their new single, culminating with a radiantly brilliant anthemic sing-along chorus.

The resonant chorus feels purposefully made for sprawling expanse of festival fields drenched in a welcoming summery blaze. Unsurprisingly, the endlessly talented quartet are no strangers to dominating festivals, having already played standout sets at the likes of Latitude, BST Hyde Park and Standon Calling.

With “Til The Day I Die”, The Wandering Hearts unflinchingly reaffirm themselves as one of the most exciting emerging bands in the UK today. With stunning tracks like “Wish I Could”, “Devil” and “Fire and Water” already in their repertoire, it’s evident why they’ve received notable acclaim from industry greats such as Bob Harris and cultivated such a loyal following so swiftly.