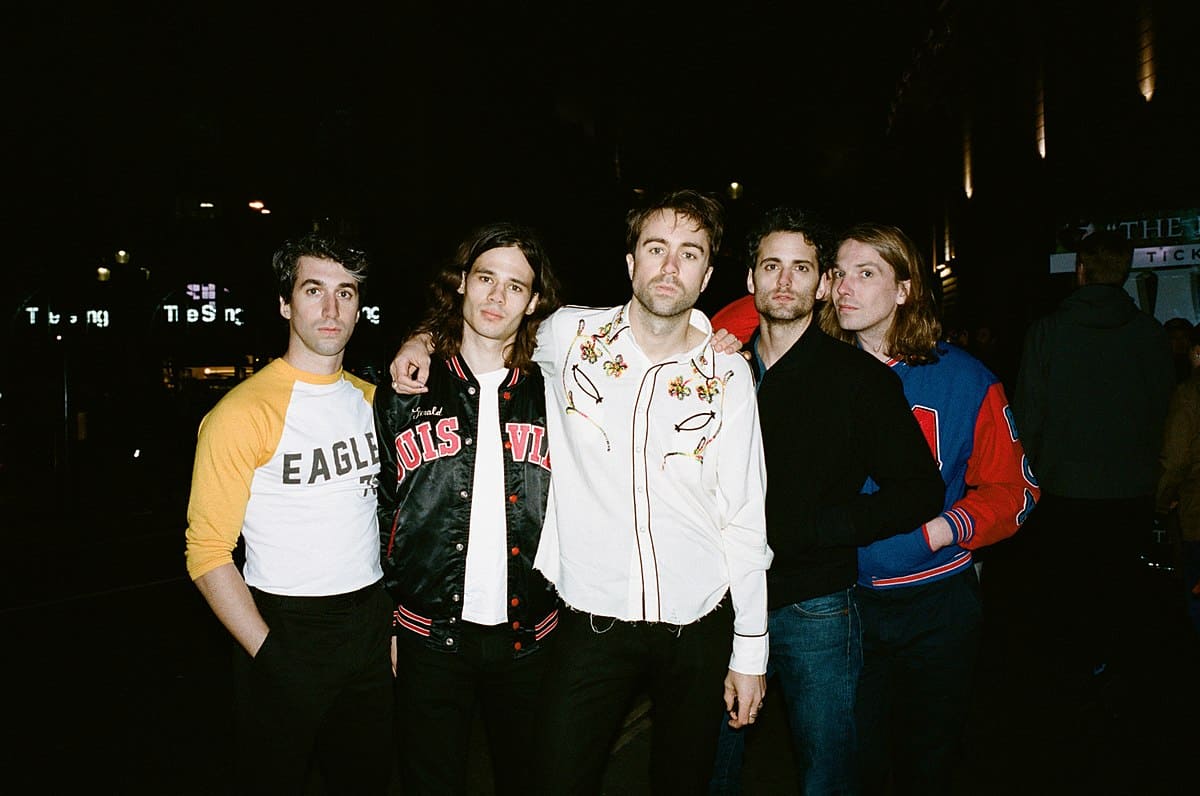 The Vaccines – All My Friends Are Falling In Love

English indie rock legends The Vaccines have returned with a new single and accompanying video for “All My Friends Are Falling in Love”. The song comes as the band’s latest release since their fourth album Combat Sports from May this year.

Premiering on Annie Mac’s Hottest Record in the World on Tuesday 13th November, lead singer Justin Hayward-Young mentioned how the track had a rather obscure path before it came into light. The band is unsure whether it’s going to be part of a record, an EP, or simply exist on its own, but they just wanted it to be out to the world.

The Vaccines are no stranger to creating infectious hooks, and “All My Friends Are Falling In Love” is no exception. It’s incredibly fun and effortless, described by Hayward-Young as being free from “pressure” and “the weight of expectation”.

The track’s repetitive chorus is danceable and addictive, and you can’t help but yell along to the verses. Admittedly there does seem to be a lack of passion in comparison to some of the band’s other infamous songs, but nevertheless, it instils a familiar fire, putting a radio pop twist on the band’s unique rock sound.

It will kind of remind you of your slightly intoxicated mate, dancing around the empty spaces of the bar, doing air guitar and laughing, screaming “all my friends are falling, falling” over and over again. He’s having a great time and you’re happy he’s happy.

Eventually, the track will render unlistenable. This is obvious from the first go. Not just out of fear the chorus will get stuck in your head again, but because there’s not much packed in between the electro style guitar and bass. Hayward-Young describes creating these hooks as “reckless abandon”, and it’s clear there has been much of that here.

You know watching your mate that he’ll probably have a breakdown on the way home. But that doesn’t mean that you won’t want to join in on the fun for a while. Even though he looks like a bit of an idiot, he’s having the time of his life.

The track will definitely be a disappointment to some fans after the band has been praised for their punk style, but it’s clear that The Vaccines do not give a damn about what has been, as they are out to recharge the indie rock landscape with the aura of bubble-gum pop.

Whether or not this will be a continuous effort or a one-off experiment, we have yet to find out. For now, it’s just a fun and kind of heart-warming track to jam along to, and would definitely be good live.

Currently finishing up their world tour for Combat Sports and set to hit the UK for another round in early 2019, there are many opportunities for that dance party with your mate. Just cross your fingers that the song doesn’t give you a migraine before the gig date comes.