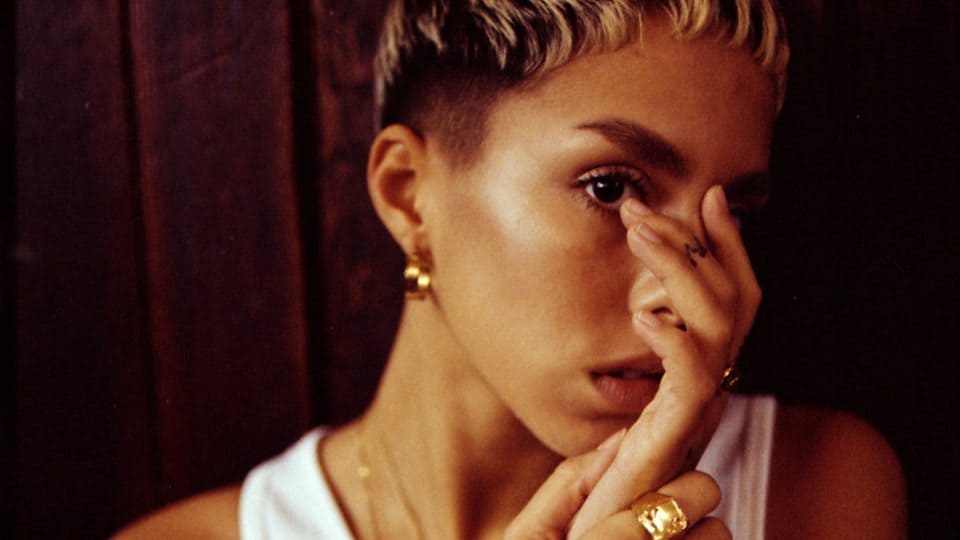 South-London’s Poppy Ajudha is back with new single “White Water”. The beautiful song is part of her next EP, Patience, which is to be released the same day of her headline show at London’s iconic Jazz Cafe. Readers, save the date: November 14th. Taking to Instagram to promote the show, Poppy typed: “if u wanna hear some sensual honey tones MARRIED with deep and meaningful lyricism and a fucking great band/bess go get those tickets!”

In her new track, Ajudha explores an immigrant story more rhythmic in contrast with the soft characteristics of her jazzy, neo-soul vibes. She told Trench: “they are taught that this is the only way they will be accepted and while doing so, the bar is set higher each time, disabling them from ever being able to keep their heads above water …” Her penetrating voice is supported by an unusual combination of piano chords with broken beats. The image of the white water accompanied by the water drop sounds scattered around the track reminds the audience of refugee stories where the most dangerous part of their travels is crossing seas. “White Water” ends with a subtle electronic touch that distorts Ajudha’s voice.

Let’s also take a second to appreciate the artwork of her single. The cover features the singer standing in a leafless tree in a black and white portrait dressed in a beautifully designed dress. The photo is part of a stunning series of analogue photographs of Poppy dressed only in her underwear, Calvin Klein style, or in the same dress.

In the meantime, Poppy will be joining fellow London-based singer-songwriter, Mahalia, on a sold-out European tour this November.

Join us in the wait for the rest of the EP.