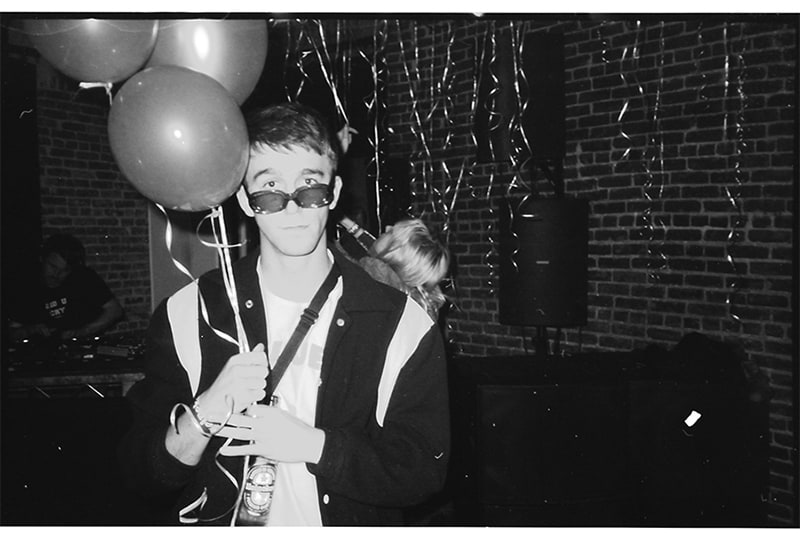 Drawing influences from mindful pop artists such as James Blake and Bon Iver, to old school hip-hip/electronic producers as Timberland and the Newptune, SG Lewis has attained a varied style of music throughout his spacious production approach.

Having dropped a handful of EP’s and singles since his debut in 2015 with the well-received Shivers EP, SG Lewis has built up a strong fan base and sold out shows globally. Since releasing his last project Yours in 2016, only releasing a scattering of singles since, SG returns with a trilogy of EP’s. Part one of the trilogy, released earlier in 2018, entitled Dusk, was a funky take on electronic dance-oriented music, with a groovy RnB/house feel throughout.

However, as 2018 comes to a close, SG Lewis treats us to the second part of his 3-project plan, Dark. As the title suggests, the EP takes on a moodier tone compared to its precursor, although retains the dreamy vibe Lewis has become known for.

The collaboration-heavy project kicks off with the song “Again” featuring Totally Enormous Extinct Dinosaurs (or T-E-E-D for those with less time). T-E-E-D is a house producer/singer from the US. The pair come together well on this track that builds with emotive synthy chords and has a bouncy drop with a touch of soft gliding vocals.

The next track offers more attitude and a darker instrumental. “A.A.A.T” features Drew Love’s stylish rap flows and some Weeknd-esque singing parts on the chorus. The fast-panning distorted lead adds a griminess to the trap beat that compliments the song’s tempo well.

The third track, “Release”, hosts the most intriguing feature on the EP. Dot Major is a multi-instrumentalist known for his work in the pop trio London Grammer. The track presents thick synth pads and rattling percussion that creates a powerful feel. Similar to ‘Again’ the washy vocal lines tend to echo across the track at various points.

“Hurting” is more of club-oriented groove compared to the previous tracks. The song has large synth builds but drops into a minimalistic bounce with the house drums and bassline. AlunaGeorge warm vocals sit on top of the track without overpowering the beat and give a deliver a nice focal point on the song.

SG Lewis ends the project with “Dreaming”, a spacious slow jam featuring Bruno Major’s soft vocals and layered harmonies throughout. The track has an understated tone that carries throughout, and SG does well to build textures without going overboard.

This project carries emotive, broad synths throughout whilst here and there making use of bouncy and minimal instrumental parts. With the first two segments of the trilogy delivery contrasting styles, and the third on the way, with SG Lewis you can be sure to expect the unexpected.