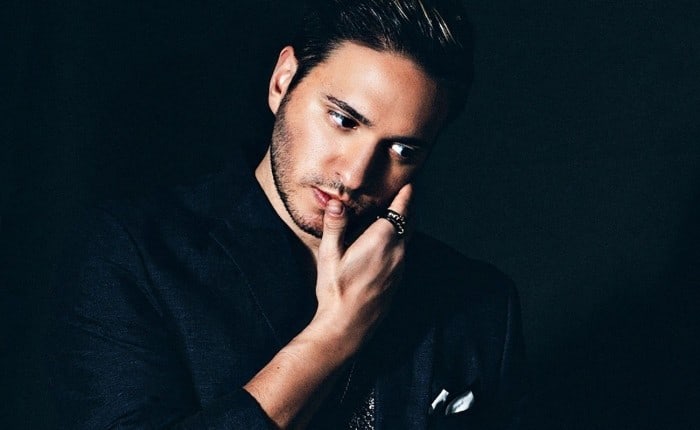 Jonas Blue hit the scene about two years ago with his viral cover of “Fast Car.” The track, originally by Tracy Chapman but now covered with vocals by Dakota, was an instant success. His deep house take on the track managed to bring a song about loss and hopelessness into a nostalgic, yet hopeful one. The soft beat and muted keyboard maintain the melancholy sound of the song, while the synth that kicks in at the chorus makes it feel playful, reminiscent of artists like Kygo that rely on catchy loops to hook their listeners in.

Two years later, Jonas Blue is set to release his full-length album, Blue. Landing today, the record closes with “Fast Car”, serving as a reminder of the roots of his success. It makes the album a musical journey that travels back to Jonas Blue’s viral beginnings.

The album opens with bouncy track “Drink to You”, featuring London crooner, Zak Abel. The opening synth riff feels reminiscent of Sigala’s recent releases. In fact, the opening melody is strikingly similar to a variation on “Came Here for Love,” yet somehow manages to feel darker and more muted. What is interesting about Jonas Blue’s composition of this song, however, is in the repetition of this riff throughout the entire track. While the idea of continuously using the same riff in almost every bar of a song would be a faux-pas for many artists, Jonas Blue manages to keep it interesting by changing the key of the accompanying synth chords throughout and by giving it a mellowed out bridge that eliminates any melody in the accompaniment.

The second track, “Mama” feels like a delicate lullaby, fitting to the lyrics “Hey mama we gonna be alright, dry those eyes.” The song was released as a single before the album’s announcement, along with “By Your Side,” “Rise,” “I See Love,” “Perfect Strangers” and “Fast Car.” After just one listen to each of these singles, they immediately become stuck on a loop in your brain – a testament to just how catchy his music can be.

The Jonas squared collaboration (can we call it that?) on “I See Love”, is Blue’s most dance-inducing track: the drop feels almost disco-inspired with synths traded out for beat-driven electric guitar plucking at the drop.

Other collaborations on the album include “Polaroid” featuring Liam Payne and Lennon Stella, “Rise” featuring vine stars Jack and Jack, and “Come Through” featuring Kaskade and Olivia Noelle. Jonas Blue maintains a consistent sound throughout each one, no matter how diverse the sound of his collaborator.

What Jonas Blue fails to do in Blue is surprise his listener. Set aside the fact that half of the album was pre-released as singles over the past two years, his style can feel almost too formulaic at times. While it works here to create a consistency and flow throughout the album, he’ll need to dig deeper and push his own boundaries for his next release. Fans of his music will love the way that he sticks to what he does well, while skeptics may tune out after just a few tracks.

Overall, the potential here is immense. Jonas Blue has shown since he first stepped onto the scene with “Fast Car” that he can channel virtually any mood and work with any artist regardless of differences in sound, to create a track that has depth, is catchy, and upbeat.