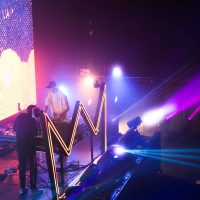 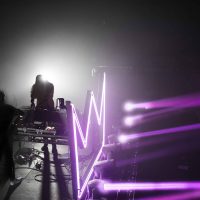 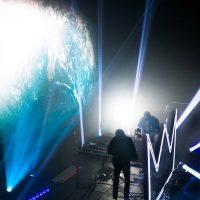 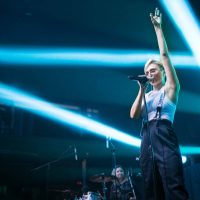 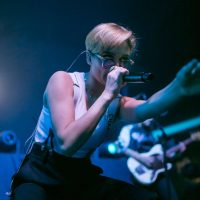 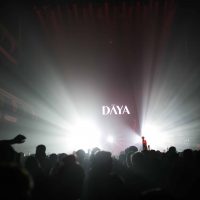 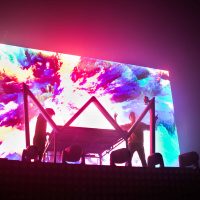 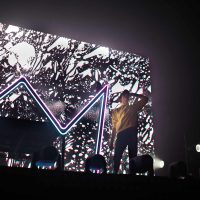 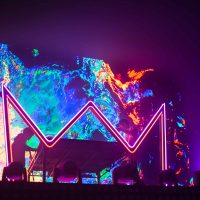 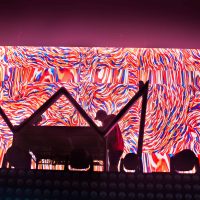 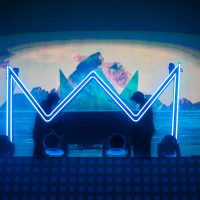 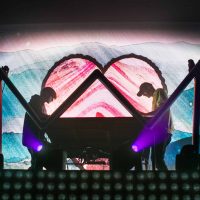 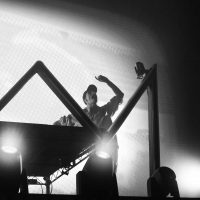 Robby Hauldren and Freddy Kennett, more commonly known to their fans as Louis the Child, have seen a quick rise to the top of the EDM scene. The Chicago-based duo are the masterminds behind the viral hits “Weekend”, “It’s Strange”, “Love is Alive”, and most recently “Better Not.” They’ve collaborated with artists such as MAX, Elohim, Quinn XCII, Wafia, and RAYE, and recently penned an EP entitled “Kids at Play”, featuring their newest single “Dear Sense” with MAX. Fresh off the release of the single, now the namesake for their 2018 fall tour, the duo has shown the world that they have no intention of slowing down any time soon.

The tour, beginning in Toronto and ending in San Francisco, featured up-and-comers R.LUM.R, NoMBe, Daya, Wafia, and Valee. Friday’s show sold out well in advance, after which the artists added another date. And then went on to sell out the second. Playing one of the most iconic venues in New York is a daunting task for any artist. But to sell out two shows just 5 years into their formation is unimaginable for most.

And with such high expectations going into the evening, the show did not disappoint. While her set was short, Daya left everything on the stage in the thirty minutes she had. Performing all of her greatest hits, Daya had the entire crowd belting out the words to every song she sang. Most noteworthy was her performance of “New,” a track that truly showcases her impressive vocal range, as well as the emotional depth of her lyrics. Her set closed with her rendition of “Don’t Let Me Down”, a Chainsmokers-produced track that served as her break into the electronic scene back in 2016. Performing this hit last served as a flawless bridge into the upbeat dance music that Louis the Child would soon bring to the stage.

When the lights dimmed, signalling the start of the headlining set, the duo was greeted by a roaring crowd. As they ran out to their respective sides of their booth on the stage, the entire stage set-up illuminated. Of course, the focal point of their elaborate design was the outline of a crown in front of their booth. Their iconic crown logo has been an identifier of Louis the Child since their early releases, so it feels perfectly fitting that they perform right behind it. Any person walking into the venue would know Louis the Child had arrived.

As is typical for many EDM shows, the most captivating part of the performance was the constantly evolving images lit up behind them as the set progressed. And somehow with every drop, the images felt perfectly curated for each track. Combined with strobes, lasers, and beam lights, watching the show felt like being transported into a completely different world–one that is truly captivating on every sensory level. On a musical level, they mixed their set without a hitch–their transitions between tracks felt effortless, striking a perfect balance between their original releases and those of their peers. And this mix between their own works and those of other artists feels appropriate for a duo that has taken the electronic genre by storm over the course of five years. The set was truly a testament to Louis the Child’s position in the genre in that they take notes from influential artists that came before them, yet truly have crafted their own sound. All of this is done without their music ever feeling out of place–each original work seamlessly fit in with each and every track they dropped throughout the set.

Highlights of the show included their remix of Chance the Rapper’s “All Night,” during which Hauldren and Kennett themselves even got lost in the beat, dancing around their booth. They truly excelled at showing the crowd not only how much they appreciated them, but also how much they truly love the music that they produce. Their set closed with “Better Not,” one of the highlights of the entire show. From the opening synth riff, every voice in the crowd belted out the tune. And singing along was not restricted to the lyrics. One of the most striking things about an electronic music set is the way that the audience seems to have every drop perfectly memorized, to a point where singing along to the drop feels just like singing the rest of the words to the song. The show concluded with confetti cannons, a perfectly theatrical end to a truly engaging and mesmerizing stage performance. If nothing else, Louis the Child showed New York City that “Kids at Play” is just another notch in the duo’s belt as they conquer the electronic scene and make it their own.