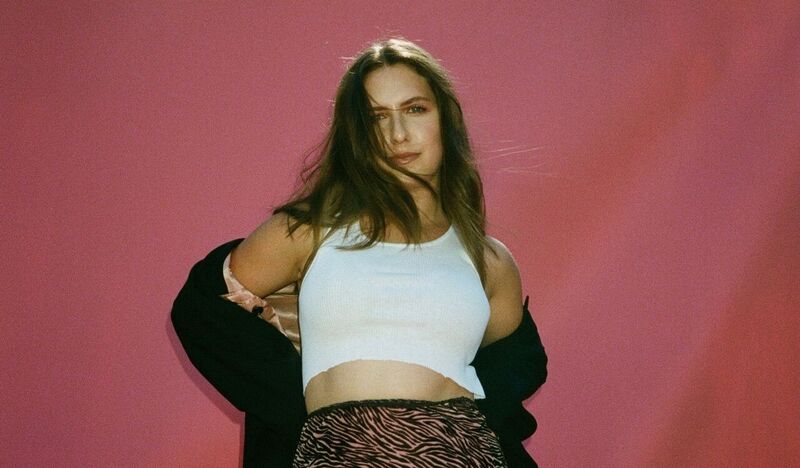 Having a major rapper feature on your track is a dream for many musicians, yet 18-year-old Lila Drew bagged Goldlink for her debut single. It’s an impressive beginning and the collab is indicative of the growing hype surrounding Lila.

We spoke to the emerging artist about how the minimalist R&B song came about, working with Goldlink, and her upcoming EP.

Where did the idea for “Faded/2am” stem from?
I typically write in a very stream of consciousness style, and faded/2am was definitely in that realm. I was in the car on the way to the studio and realized how strange silence felt. I am constantly surrounded by noise, by music, by people, and this feeling felt very rare and special, but also unknown and dangerous. I wrote in notes on my phone “I’m scared of the silence,” and the rest of the song came super naturally after that. I think it’s really about me talking to me and having an introspective moment.

How did you find working with Goldlink on the track?
GoldLink really brought magic to this song in a way I never could’ve imagined! His flow is just insane and has a certain rhythm and dynamic that is so different and interesting, I don’t think there’s another rapper that can combine a pop sensibility with 90s style hip hop in the way that he does. I’ve always admired GoldLink so much as a rapper and it’s honestly just crazy that he is on this track and that we got to work together.

Tell us about your journey – how did you get to where you are today?
I started singing when I was six in school choir and writing at eight – I think it progressed organically and I’m really thankful for that. I used to love GarageBand and would spend all of my time learning it, and discovering programs like Ableton and Logic really opened my eyes to how I could make my own music. A few producers connected with my writing and I had the opportunity to get into the studio. I fell in love with working in that kind of creative environment – there was no filter and I could truly express myself. I write all of my own stuff, and it’s been important to keep that lyrical authenticity. Those first demos led to an introduction to Mighty Mike, who produced this track. Things were so natural from day one with him. This song kind of came from us playing around with different sounds that would compliment my melodies and lyrics. Overall, the journey so far has been really special and I can’t wait for everyone to hear all of the other tracks.

You’re currently working on your debut EP – set for release next year. What can we expect?
Yes! My EP/album/project is almost done. there are definitely a lot of different sounds on it that draw from many of my influences. I love Frank Ocean and H.E.R. and A$AP Rocky, but I also love Amy Winehouse and Aretha Franklin, so the songs encapsulate all of those different sonic elements into this project. There will be some pop-influences (great for low-key dancing!) and more late-night tracks. I also wanted to experiment with sounds a bit, especially vocal layering, so there are lots of weird endings and unusual harmonies. All of the songs tell stories of growing up and experiencing adulthood and heartbreak and disappointment, but they all have nostalgic elements that remind me of being younger and more innocent – those two worlds collided through the lyrics of this project.