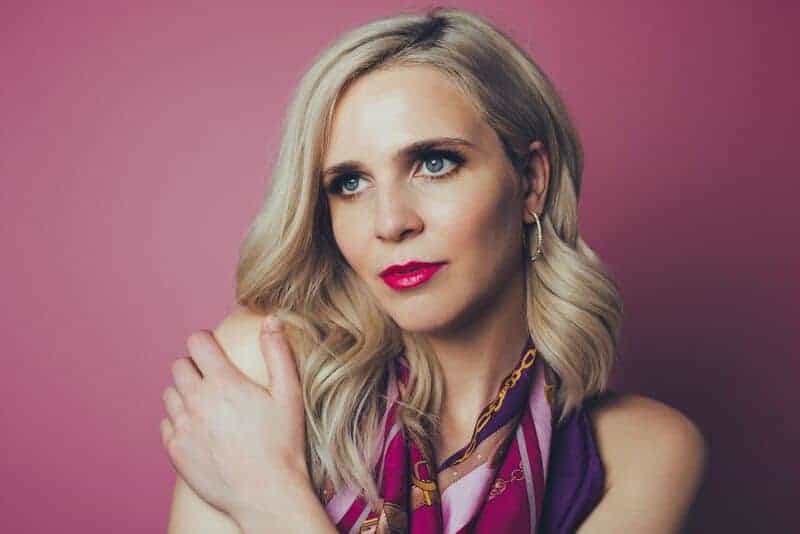 Through hard work and a glut of infectiously catchy releases, New York’s Micky Blue has been gradually carving out a name for herself in the contemporary pop scene.

Last summer the young artist released “Good Love” on Wax Records. The cathartic track, complete with its whirring synths and Carly Simon reference, catapulted Blue to new heights. Since then, she has teamed up with Andy Seltzer, the renowned co-writer and producer for artists such as Maggie Rogers, Chelsea Cutler and Penguin Prison, for her excellent new single “Famous” which is released on 17th October.

“Famous” showcases Micky Blue at her best. The track is another bitter, cathartic, personal piece of art. This is where Blue excels, her music is both captivating and drenched in realism. There is an honesty and vulnerability about her lyrics. While the superbly polished production provides a thick layer of gloss and sheen to these tracks, these down-to-earth sensibilities manage to keep them grounded.

“Famous is the first song I wrote post-breakup of a 3-year-long relationship.” Blue elaborates. “I realized that this person who I thought loved me as much as I loved him was really only in love with the idea of me. People have this idea that being an artist, or dating an artist, is glamorous but in reality, it’s more hard work and rejection than VIP parties and expensive champagne.

Writing this song helped me process my break-up and celebrate the strength of the real me, not just the glamorous self we all project to the world. I hope this song empowers others to seek and find their own incredible self-worth.”

The future for Micky Blue looks set to be very busy and very exciting. As well as releasing several cuts on Spinnin Records with artists like KSHMR, Blue has two upcoming singles with mega DJ Tiesto and a feature track with Janelle Kroll and BLVK IRIS which has premiered on BBC Radio 1Xtra. She is also sharing stages with artists such as Bishop Briggs, Violet Skies and Sheare. The assumption is that it is only a matter of time before Micky Blue’s momentum carries her to new heights.

With a new EP in the works and upcoming new pop crossover releases set to be released later on in the year, it seems difficult to disagree.