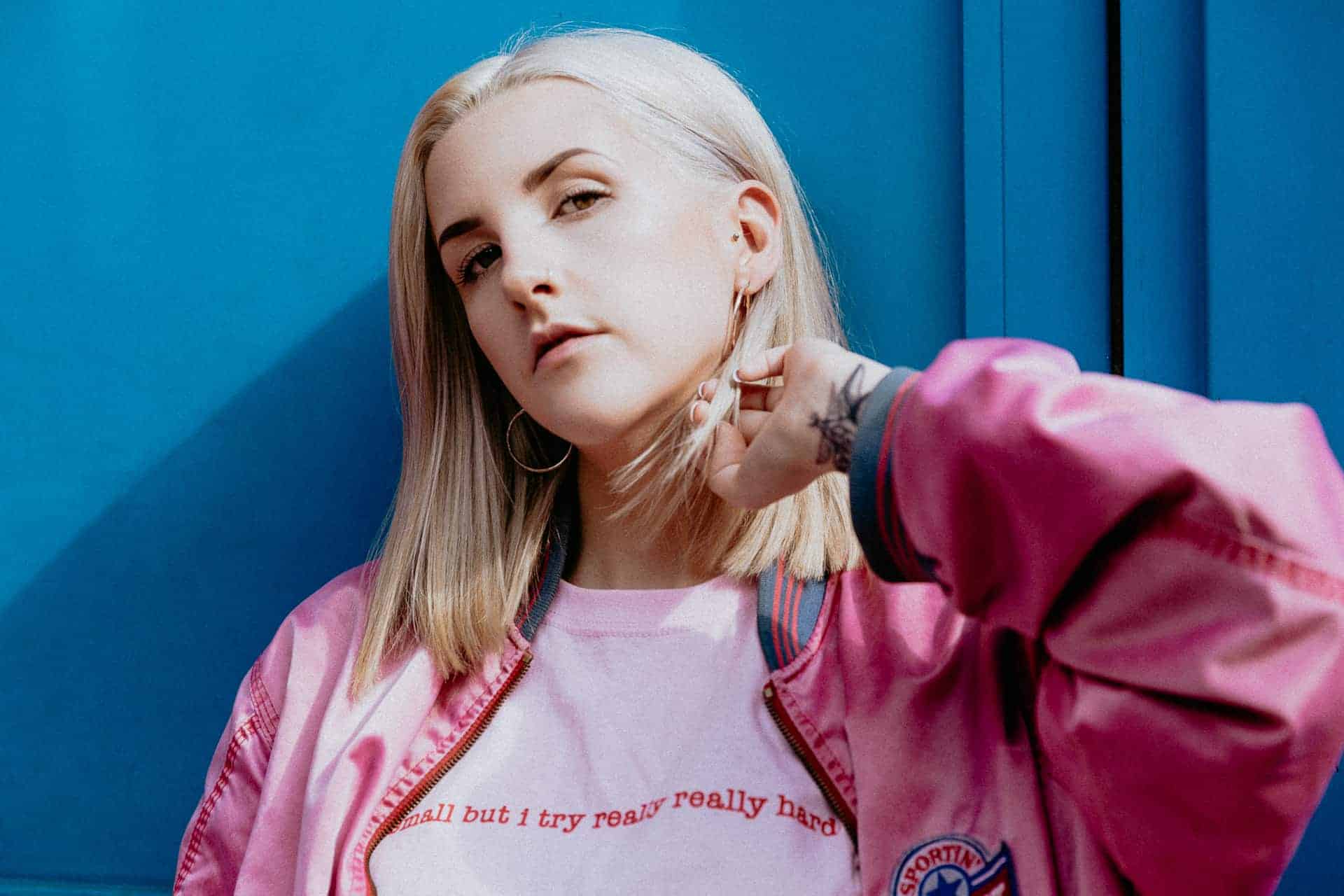 “I have a lot of feelings so I write songs,” says 21-year-old electro-pop artist, LAOISE. A real-life Galway girl (her hometown in Ireland), the newcomer originally found her way – like many other millennial artists – through uploading song covers to the internet.

Following the release of her brand new track, “Again,” we caught up with the singer in between recording sessions for her next EP. With just one more month before her first headline show, LAOISE shares the personal meanings behind her the sentimental record.

What’s your story so far?
I’ve been writing songs for about five years now and it’s the only way I can come to terms with any chaos going on in my life. Sometimes I wonder why I turn to words and music to express myself, but I guess when you think about it, the number of astounding poets my country has produced has sort of been subconsciously inspiring me my whole life, so I guess it makes I sense I’ve done the same thing.

How would you describe your style to someone who doesn’t know you?
I’m sort of an open book really. When I was younger I found it hard to be, but coming into my twenties has taught me that no one else is going to live your life for you, only you do that. So if there’s something annoying me or making me happy, you’ll either hear it from me or in my music. It’s what I’m feeling at that moment in time, and I guess my fashion sense feeds into that too — whatever the heck feels good on me I’ll wear!

Was there a particular moment when you realized this is what you wanted to do?
Well, every time I play on stage I realise this is exactly what I want to do, but I’m not sure if there’s an exact moment I can pinpoint in my life as I’ve been singing for as long as I remember, though only in my bedroom where even my parents could barely hear me. I was a little shy about it at first, I didn’t really have the confidence for people to hear my voice as it’s something I feel is so personal and raw for someone to do. But I’ve always loved music and played the fiddle, guitar, and piano growing up so I couldn’t avoid falling it love with it even more. Finishing school is when I decided to start taking it seriously I suppose. I moved to Dublin to study songwriting and that’s where I fell into an electropop synth hole I haven’t found my way out of, don’t worry I don’t want to get out of it just yet. I’m just having fun.

How did your career in music start?
I’ve been recording and releasing my music independently for almost two years now. I work closely with Sean Behan who’s an incredible producer and writer, but also my best friend. We recorded the Halfway EP with a laptop and a microphone and that was it. It hasn’t changed too much since really, only that we’re collaborating a lot more and learning all the time. I’m really lucky that we have such technologies to be able to do this myself, but also that there are people that are listening and coming to shows too. I played my favorite shows this summer at Body & Soul, Longitude Festival and Electric Picnic in Ireland. Opening the main stage at Liverpool International Music Festival was also insanely fun because I get to take what feels like my tiny little songs that come from my tiny little brain and sing them to a massive crowd on a massive stage and all of a sudden I’m in this ‘am I actually here?’ moment that’s too cool to imagine.

What, or who inspires you?
Pop music is what I’ve always gravitated towards, be it 80s pop or pop today. The likes of Kate Bush being an icon singing about Wuthering Heights and making it cool is why I love it so much, you wouldn’t get that anywhere else really. It inspires me so much because the language is usually so colloquial and conversational and that’s why it speaks to so many people — pop music just says it how it is and it makes you feel that because it’s simple and straight up yano? Life can be so complicated sometimes so I think that’s why I’m always inspired when artists can express that so easily and naturally.

Could you describe your musical process?
It varies from song to song a lot of the time, but everyday conversations inspire me a lot. It’s interesting how people say things differently to how you think them, but they mean the same thing. I usually hear something people say or even something I’ll say, that sparks something in my mind and I’ll write a note in my phone or record myself humming into my voice notes (yes it sounds hilarious, yes you’re missing out) and when I feel like I need to write something I’ll look through these and start either on my computer or with the piano. It all depends on my mood or what I’m feeling at the time, I try to live in the moment a lot but I guess a lot of my writing draws from past experiences and how I feel I see them today. By the time I’m recording them in the studio, they’ve taken on a whole new life and I feel I’ve had my time to find closure in them, and that I’m ready to share it with the world.

You said you struggled to write your song “Again,” could you tell me about the experience of writing this song?
Yes, I was struggling to write in general around the time I wrote it; I had just turned 21, and I didn’t know how I felt about getting older and becoming a woman I guess. You hear people telling you how you should act, what you should say, how you should dress sometimes and I’ve fallen victim into thinking I should listen. I hadn’t written a song in a while even though I had tried, and one day in March I sat down at the piano for twenty minutes and ‘Again’ came pouring out of me. The bones of the song were there, and looking back on the lyrics now you can tell that that was me trying to find my own voice for myself, and no one else.

What’s the story behind “Again?”
This song means to most to me out of all my songs I think. During my writers’ block, women’s rights were being debated all over Ireland and some comments were hard to hear. The way some people spoke about women shocked me, and it just made me think of how far we’ve come in the past few decades; we’re pretty badass and won’t take it anymore. So obviously the incredible ladies around me inspired me, and they helped me to find my own voice. I spent my whole life worrying about what other people think of me because I put their value above my own, and I wasn’t going to do that to myself anymore.

When people listen to your music, how do you want them to feel?
Empowered, alive and uplifted. That’s how I feel when I write and record them, and when I capture that, I hope people hear that and feel it too.

What have you been up to at the moment in your music?
Well, I’m actually in the middle of recording an EP! My sound has changed so much over the past year and I think it’s because I have. It’s so cool to see your personality shine through your own art and this has been really apparent in my writing the past while. It feels like the most authentic music I’ve ever made. Between that and writing, I’m going on my first headline tour in November, playing in Cork, Dublin and my hometown Galway!