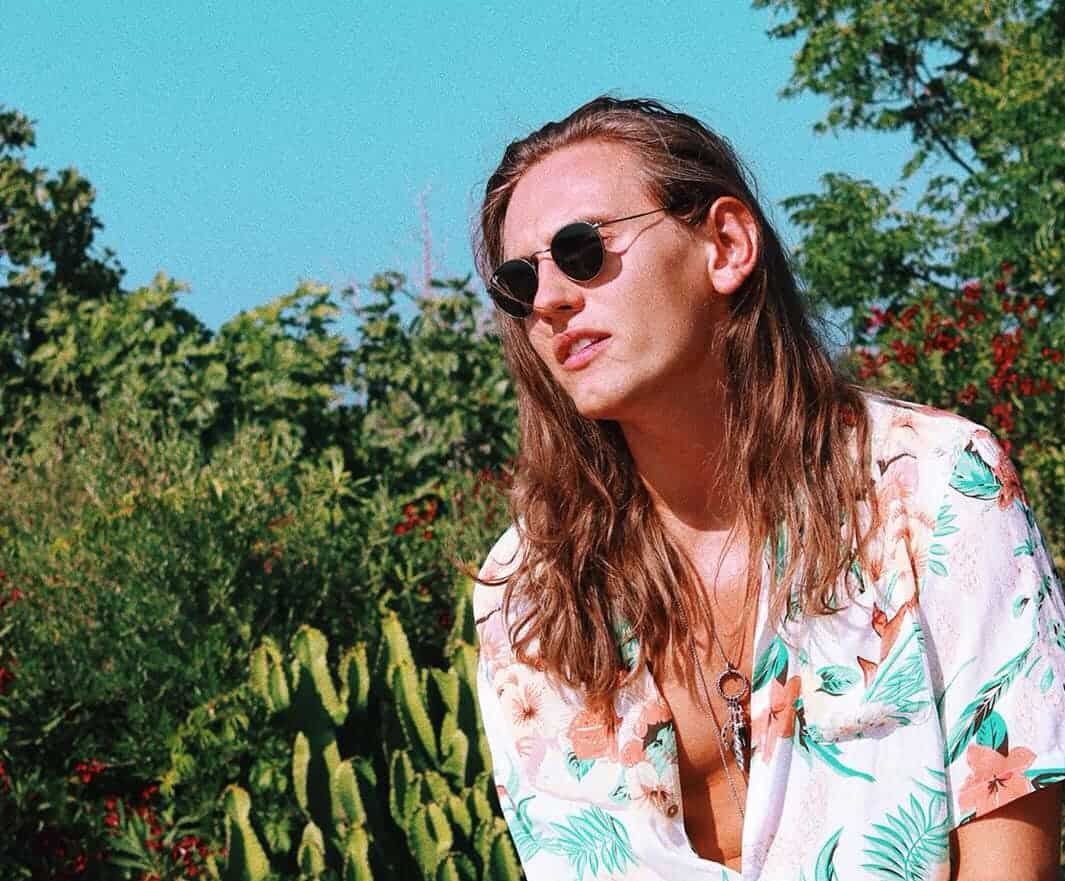 Singer-songwriter Casey Lowry is making waves with his cool trop-pop sound. Before he even had a single released, he was selling out some of the UK’s largest venues. His debut, “Trampoline,” reached number 2 on Spotify’s UK Viral 50 charts and has had almost half a million streams alone.

Now, Casey has released his fifth single, “Blank Face.” It tells the tale of an awkward date where his paramour can’t understand his accent. We caught up with the emerging artist to talk about the meaning behind his tunes, who inspires him, and what he’s up to next.

When you released “Trampoline” did you foresee your success?
I won’t claim to be successful until I meet Kanye, but not at all. It was the first song I’d ever released and I was super hesitant. I honestly thought it would just be my gran that played it out.

How has the meaning behind “Trampoline” developed for you since you wrote it at 14?
The actual meaning is quite crude… I’m not going to spill those beans, but let’s just say it definitely did develop and puberty helped.

Who inspires your style musically?
Mostly all the acts I used to watch at festivals when I was 14/15 – bands like Coasts, Little Comets, and Phoenix.

Tell me about your latest single, “Blank Face.” What does the song represent to you?
It represents a great memory of an awkward time. I was dating a girl from France and she couldn’t understand my accent at all – any joke I made went right over her head. My accent is hard enough for the majority of people to understand so she had no chance! It’s a memory I will always cherish and I just had to put it into song form.

You’ve got an EP coming out soon – exciting! What’s next for you after that?
Hopefully a holiday and then more and more of the same. I love what I’m doing at the minute and I’m so excited to share more of music with everyone. Look out for live dates and surprises in the coming weeks.