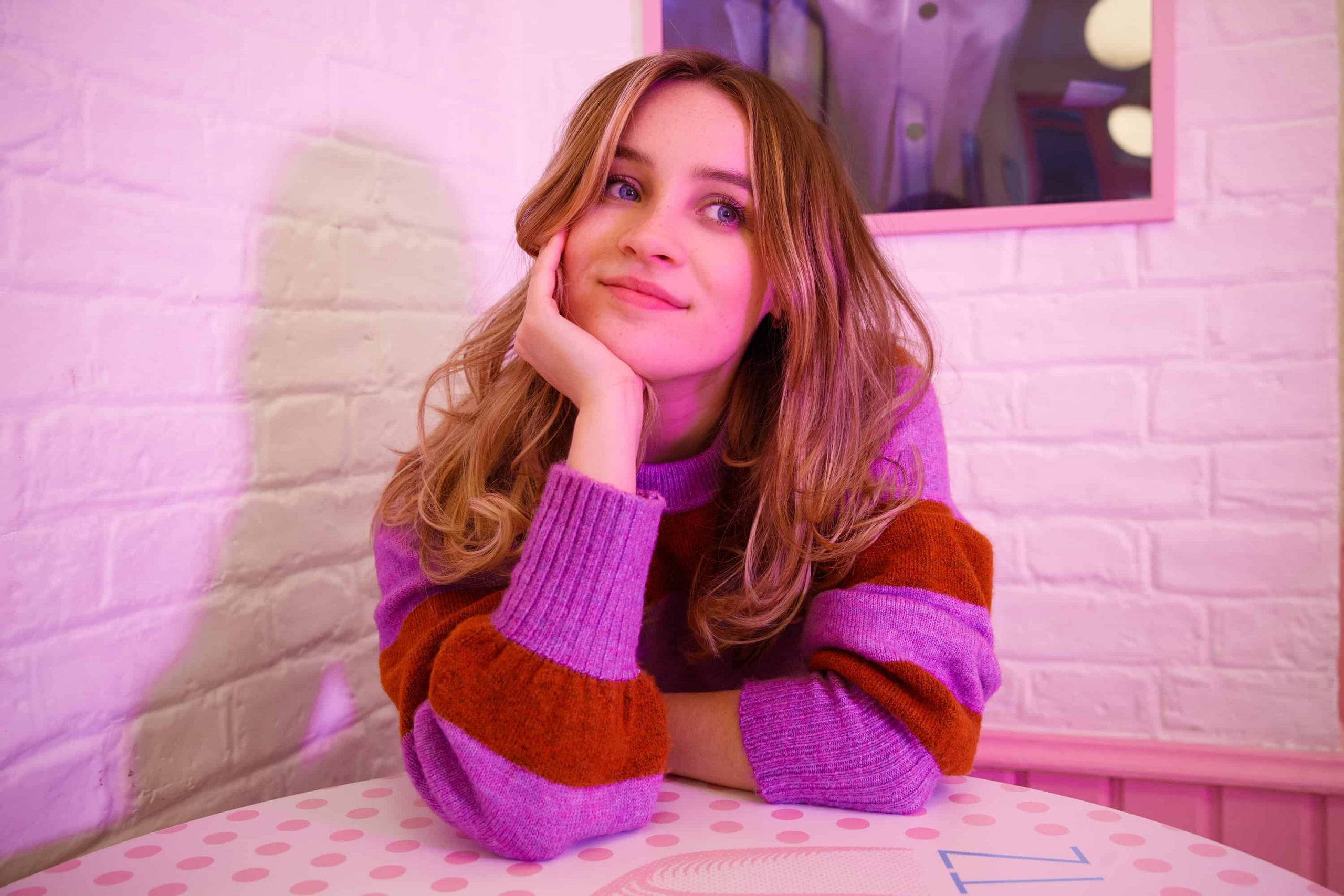 From going to gigs at her local venues in Portsmouth to playing there herself, Jerry Williams is a self-made, girl power musician that’s all about having fun whilst following her dream.

We spoke to the indie-pop singer-songwriter before she took over Soho Radio about the power and pitfalls of doing it all herself, drawing on her life experiences to write relatable records, and switching up her sound for her upcoming debut album.

Tell me about your journey. How did you get to where you are today?
I’ve been playing music since I was 12. I started by learning classical guitar, so I can read sheet music. I did that for ages – all the recitals and stuff like that. That wasn’t my true passion but it definitely helped me with my technique. I was songwriting that whole time but I never showed anybody, I was quite shy. When I was 17, I saw Jake Bugg at the Wedgewood Rooms in Portsmouth. I thought he was so inspiring, being up there, just him and his guitar. So I went out and bought myself a proper acoustic guitar, played my first gig at an open mic night, and carried on from there.

How would you describe your sound?
I would say that I’m indie pop. People say I’m pop ‘n’ roll. I’m definitely pop, but there’s an indie edge to it. At the same time, I write narrative singer-songwriter stuff when I’m in that mood, so it’s a mixture.

You are currently unsigned and self-funded. What would you say to aspiring artists who want to take a similar route? Many up and coming musicians see a record deal as the goal, but what’s your outlook on it?
When I first started and didn’t know anything about the industry, I wanted to be signed. It’s so accessible now to release music and I love having full control, being able to change plans last minute and release what I want to. Everything that I’ve learned; even mistakes I’ve made, let downs I’ve had… it has educated me so much and that’s priceless. Definitely, the hardest part is money and funding it all yourself.

You raised money to get you and your band to SXSW this year. What were all of the costs involved in that?
All the travel over there, I had to get a specific document for all my equipment which costs a lot, visas, accommodation, food… everything. I thought that I wouldn’t be able to go because I just couldn’t afford it, but people advised me to just go for it, so I set a goal for about £1,000, then the people at Pledge were like, go for £10,000! I did it and just couldn’t believe that happened and I got to go. We basically broke even so that was a dream.

Where do you draw inspiration from?
It’s always from my everyday life and the things that I observe. Somebody might say one thing and it will trigger a whole idea in my head. It’s usually from things that happen. I get writers’ block a lot. If nothing’s going on, there’s nothing really to write about. But as I’ve grown up, I’ve experienced loss in the family, being stressed out… things like that have inspired me a lot recently.

Let’s break it down track by track. What are the meanings behind some of your past records?
“Grab Life” was one of the first songs I wrote after a family friend of mine passed away. That was the first time I’d ever lost somebody I knew. They were such a happy person that it just reminded me to live life to the full.

“Babe” was written in the new year when I was feeling really weird. I was just a bit confused and thinking about what to do. I was sitting in my room, it was dark and I had my back against the radiator, so the track reflects the mood of that, as well as about the family friend as well.

“Mother” was about a time when music was hard, being unsigned and all that. It’s about wanting to live a simple life for a bit and go back to being young.

“I’m Not In Love With You” is literally line by line about something that happened in a night. I was on a work night out and there was this guy I used to like but he was starting to annoy me – ugh! The song’s about realizing that we didn’t like each other and deciding to leave it at that.

People all around the world are listening to your music. Is that something you will ever get used to?
It does feel weird when someone from as far as the Philippines is listening to you! But it means so much to me and I hope that people are enjoying my music wherever there are. It’s so cool to be able to do something in your room and for somebody across the world to hear it. I love it, and I guess that’s the power of social media and Spotify.

You’ve played quite a few festivals this year. Which ones would you love to play in the future?
Ones I haven’t played and would love to play are like Glastonbury, that would be iconic! I’d also love to play Bestival or something like that. Ones I’d love to play again areGreat Escape Festival and One Ten Above festival, which was so good. It was tiny – like two stages on a farm. I loved it.

What are you working on at the moment?
An album! At some point next year it’s going to come out. I’m just recording and making it as nice as possible so I can have it all ready to go and then I have the freedom of when to release it. These songs have been ready to go for a while. I’m getting itchy feet and can’t wait for people to hear them. It’s definitely a different side to the stuff that’s out.

How’s it different?
I think where the band and I have gotten a lot closer and writing in a more similar vein, it’s definitely come together with a more positive feel. It’s definitely edgier, so I’ll be able to shout a bit more on stage, which will be fun. At the moment it’s just me and a guitar, so I’m really excited!