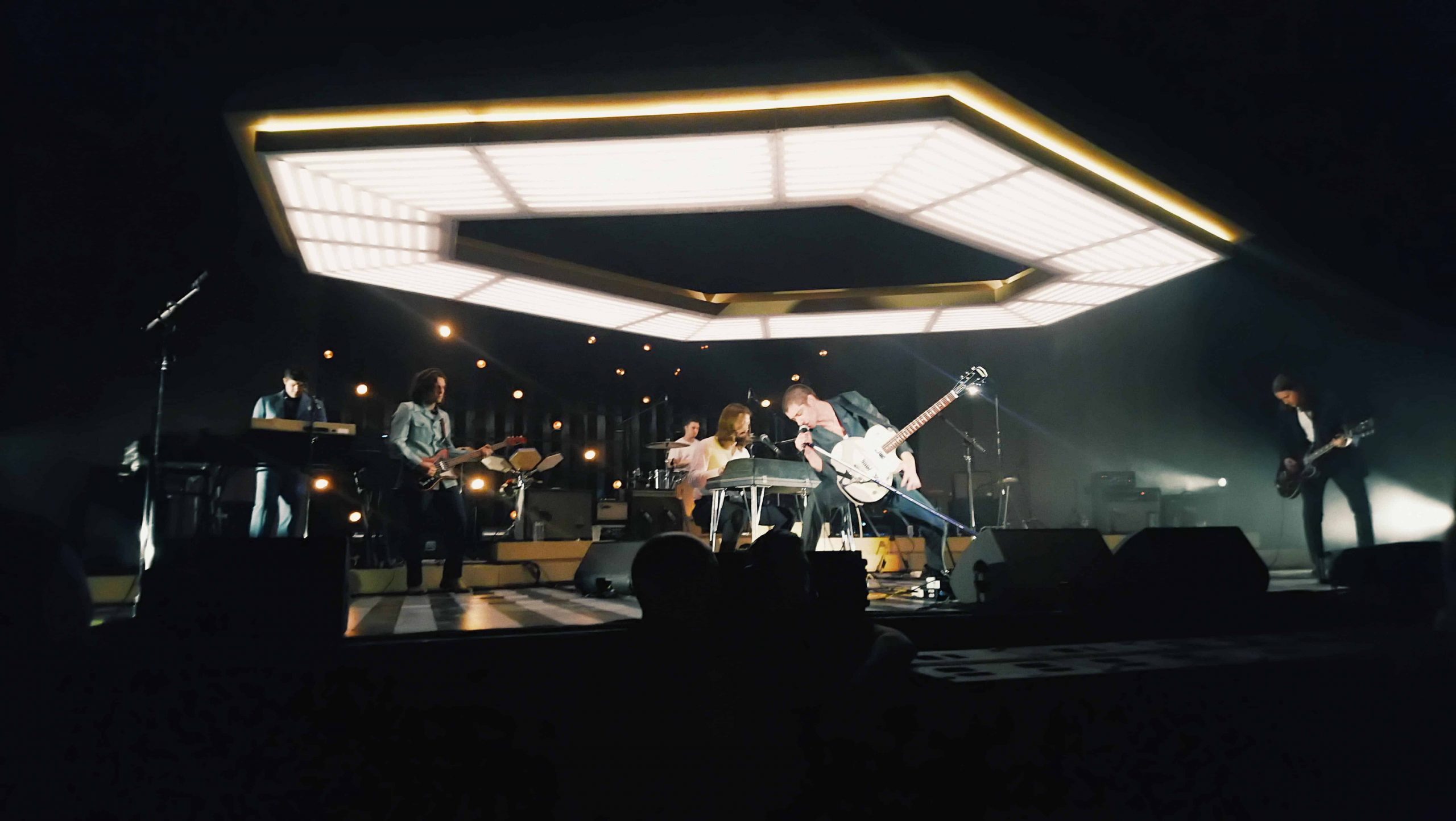 Alex Turner has never been much of a sentimental man. In one recent interview he claimed he has “no access” to the teenager who wrote “A Certain Romance” or “When the Sun Goes Down”. And yet, taking to the stage with his band mates for Arctic Monkeys’ Sheffield homecoming gig, a smile slowly extends across his face. You can tell within the first ten minutes of the set that these shows mean a little extra for the band. There is a heightened sense of occasion and showmanship, a need to pay tribute to the city where it all began.

Five years after the Arctic Monkeys’ last UK tour, Turner is quite a different character behind the microphone. Gone are the leather jackets and carefully manicured quiff. Also gone are the tongue-in-cheek one-liners which previously interspersed the greatest hits of the band’s back catalogue. Turner no longer feels the need to scream “LADIES!” before launching into “I Bet You Look Good on the Dancefloor”. Nor does he tell the audience “I’m yours” on the brink of the opening riff to “R U Mine?”. In fact, Turner hardly speaks to the audience throughout the 90-minute set. In this stage of their touring career, the band seem more interested in letting the music speak for itself.

And speak for itself it certainly does. For the first time in a long time, the set list strikes the perfect balance between old and new. Indeed, the Monkeys take some considerable risks, throwing in lesser-known gems “Pretty Visitors” and “Do Me a Favour” to the delight of their most hardcore devotees in the mosh pits. Even after playing many of the songs here for upwards of ten years, the Monkeys still conjure moments of true ferocity. From the opening drumroll of ‘The View From the Afternoon” or the slow organ chords of “505” you know you’re in for a treat, as the band produce whip-tight performances of the songs which have best stood the test of time. 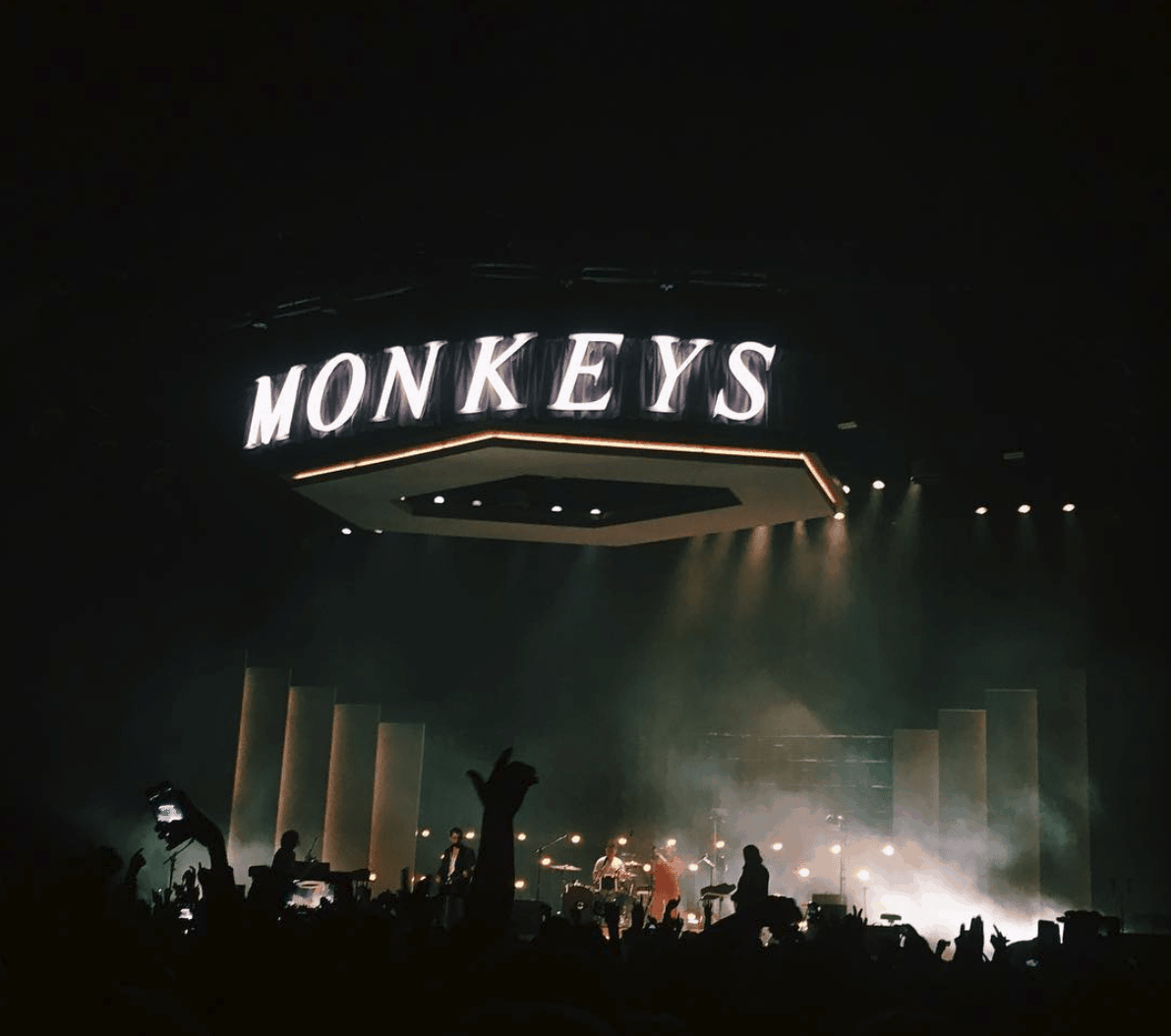 For those not interested in jumping around the pits, the tracks from the Monkeys’ sixth album ‘Tranquility Base Hotel & Casino” provide interludes of necessary respite. At first, it seemed unlikely that the band’s new sonic direction would fully resonate with the younger members of the crowd, all seemingly desperate to hear the new “Do I Wanna Know?”. And while fewer people appear to be losing their minds or doing air guitar during “One Point Perspective”, nearly everyone sings along nonetheless. Indeed, it’s a wonderful thing to hear the crowd bellow, “What do you mean you’ve never seen Blade Runner?” during encore opener “Star Treatment”. It seems only Arctic Monkeys could release an album about a hotel on the moon and still command the respect of their fans.

Say what you like about Alex Turner, but there’s no denying he has grown exponentially as a performer. Towards the mid-point of the set, he delivers a heartfelt piano rendition of “Fluorescent Adolescent”, creating an atmosphere of sheer euphoria before snatching it away after the first chorus. For a brief moment, Turner has the hearts and minds of 13,000 people within the palm of his hand. Turner may no longer be getting thrown out of Sheffield nightclubs, but he knows how to celebrate the history of this band. He knows how to make you feel part of that history too. It makes for quite the show.