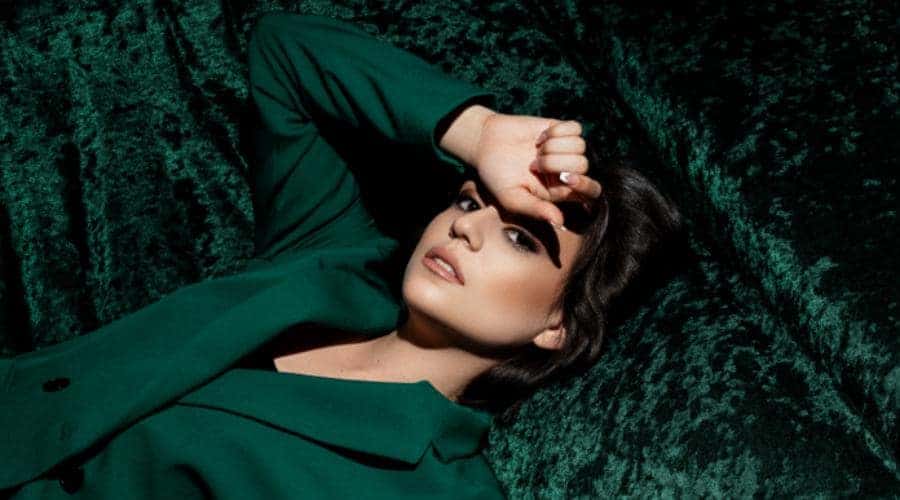 New York is said to be the city of dreams. For electronic pop artist Dominique, however, it wasn’t dreams of a music career, but a biology degree at NYU that led her to the Big Apple.

Dominique’s undeniable passion for music turned her head eventually though, and once she’d graduated, she took to self-producing her own tunes. Born and raised in St. Petersburg, Florida, the budding artist began making music in high school, putting out rough original songs on GarageBand and performing at local talent shows and coffee shops. She hit the ground running with her 2014 debut track, “It’s Only You”, as it charted on Hype Machine and attracted attention from V Magazine and Wonderland. Thus followed several steady single releases and a self-titled EP until her latest tune, “Receipts”, which came out in July.

Whilst “Receipts” is still in keeping with her signature sweet and breathy vocal style, it’s more poppy than her previous tracks. The song is “about someone asking you for a second chance and trying to convince you that they’ll treat you right, but you’ve kept a record of everything they’ve done in the past and you won’t fall for their manipulation tactics again,” Dominique says. “The track is all about feeling empowered to not take any BS from someone else.”

“The “Receipts” are metaphors for any evidence that shows someone’s true intentions, for example, screenshots of someone’s shady text messages.”

Although she produces all her own music, Dominique is still a big advocate for collaboration. On “Receipts”, she got her dad to play bass on each chorus. She recorded him herself when she visited her hometown earlier this year. Lyrically, she worked with her songwriter friends MDA and EJAE on the track – who she describes as “badass girls” that helped make the whole process an “uplifting experience”.

It’s this desire to champion the work of other women that has led Dominique to make it her mission to further the female producer scene. She regularly writes and produces for other artists out of her home studio. Alongside her forthcoming EP, Dominique is currently producing and co-writing a mixtape with a difference. Rather than her own voice, she will be featuring vocalists from pop music from all over the world, singing in a mix of their native languages and English. To top it all off, Dominique has set her sights on producing for Top 40 artists. Watch this space.