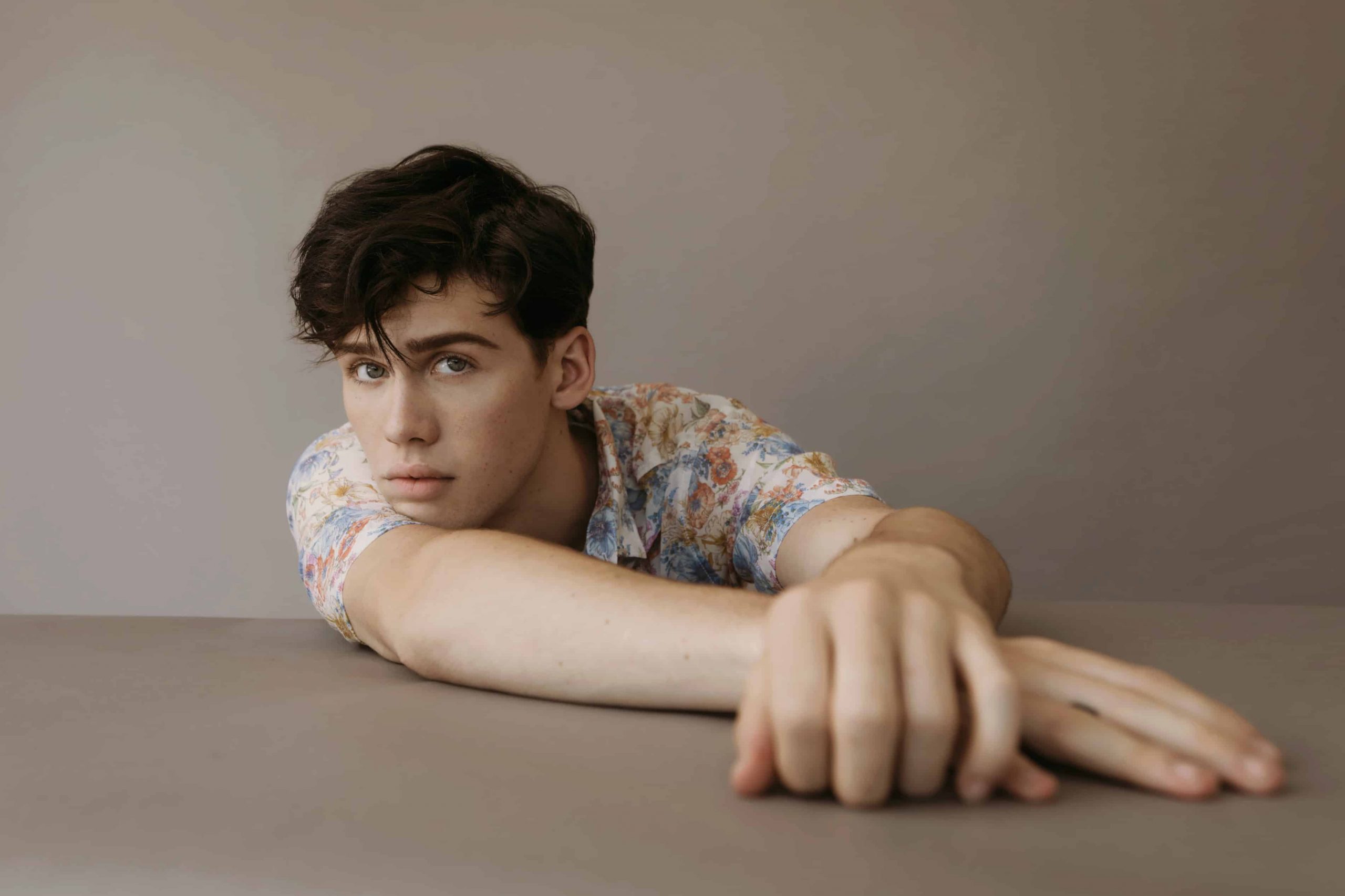 The song’s introspective lyrics give listeners a glimpse into Alexander’s soul, as he sings in the chorus: “All the right things still feel wrong / You need someone I can’t become / I’m not the one.”

The ambient record floats on the same waves as Troye Sivan and Halsey in terms of vocal style and production, but there’s no doubt Alexander is carving his own unique identity – fast.

With almost 900k followers on Instagram alone, it may come as no surprise that Aidan Alexander – who hails from Los Angeles – originally started his career in the acting world. His previous acting credits include starring alongside Bill Paxton in “Red Wing”,  as well as appearing in “A Cowgirl’s Story”, and “.270”.

We caught up with the budding musician to talk about the inspiration behind his new track, the influence his social media presence had on its creation, and the importance of authenticity.

What spearheaded your decision to turn your focus towards music rather than acting?

Acting was my first love and I still do that, but I initially got into acting because I loved storytelling. To me, acting is telling somebody else’s story, but my music is my own story. And I love having another creative outlet.

Tell me about the inspiration behind “I Don’t Love You”. Who is it aimed at?

I can’t tell you who it’s about, but I will tell you that it’s about somebody that I did in fact love very much. The radio is filled with these empty love songs that you can tell were written by a divorced middle-aged man somewhere. I don’t see the point. If the words aren’t yours, and they don’t mean something, why bother? I was so tired of hearing songs about love so I wanted to write the polar opposite. The song is all about me dealing with issues I have with commitment, my view of myself, and my perception of love.

Which artists have influenced your sound?

I listen to a wide array of genres. The music I listen to most sounds nothing like the music I release. I love pop, I love writing pop, I love how haunting words can be sung over an updated beat and really make you feel something. I love Robyn, I love Sinead O’Connor, I love all the great storytellers who aren’t afraid to be vulnerable.

Does your foray into music mark a permanent move away from acting?

Absolutely not. I’m actually answering these questions from set and still love acting. There doesn’t have to be a choice. If I have the time do to the both, I will because I love them both.

Who would you love to work with, musically and in film?

I would love to work with Lorde or Banks. Even if it’s just sitting and watching them write. I truly don’t know how they do it.

You’ve racked up quite a loyal following on social media. How important do you think social is for artists today?

Having a following definitely helps, but it also adds a level of stress. Before I released “I Don’t Love You,” I was like, ‘what if my followers don’t like this?’ and ‘What if they don’t get it?’ Then I realized that I have to make it for myself first.

When did you first realise you could sing?

I like writing, I like stylization, and I have been singing since before I could remember so I think it’s always been something that was part of me, and just took a while for me to get the music to a place where I felt good enough to release.

What are your goals for your career?

To write things that matter. I don’t care about being a superstar, I don’t care about everyone liking what I put out. I want to be known for being honest. I want to have the opportunity to continue growing and learning from all of the people I look up to around me. My goal is to have something that is infinitely mine and hopefully it’ll resonate with other people and we can take this journey together.