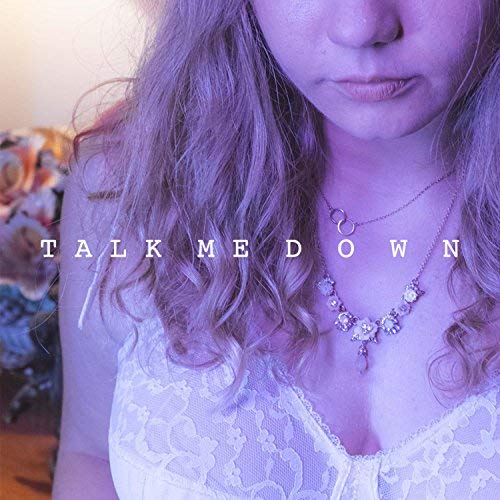 New York native and songstress, Alessandra Licul, professionally known as Fleurt, has officially begun her solo career with the premiere of her single, “Talk Me Down.”

After years of being involved in bands, specifically where she was the only girl in the group, Fleurt grew tired of not being able to create music tailored to female empowerment. Inspired by female icons, such as Judy Garland and Marina and The Diamonds, Licul has taken her own steps on the road to creative control by curating Fleurt. “Talk Me Down,” is audiences’ first taste of Fleurt’s style and lyricism.

The single begins with a gentle, synthetic-pop instrumental, that resembles something of a lullaby. Following, the percussion kicks in as Fleurt’s smooth voice carries the song along. The songstress reveals how she is conflicted. She exposes things from her past that stuck out with an ex-lover and hopes this newcomer will ultimately make her at ease and forget her troubles. After listing the things that are haunting her, she explains that she wishes this person would “talk [her] down;” meaning that she wants this person to help her find an emotional gravity. Fleurt confides in this person and even admits that she is only revealing her feelings because the person is convenient, not desired. The chorus’ production still carries the nighttime chime from the beginning, yet builds from before with the percussion to create a groovy sound.

One of the highlights of “Talk Me Down” is its bridge. While the lyrics mirror those of the first verse, the way the instrumental production seems to slow down, while the collection of backup vocals make a ghostly echo, the audience is brought into a state of dreaming before returning back to the reality of the chorus. Even the ending, which uses the chorus’ lyrics, leaves the audience in the sounds of a lullaby, perhaps reflecting the singer’s hopefulness to being talked down to.

While “Talk Me Down,” is the first song Fleurt has put out, there is more to come. This upcoming fall, the singer has revealed that an EP entitled You Up? will be available across all streaming services.