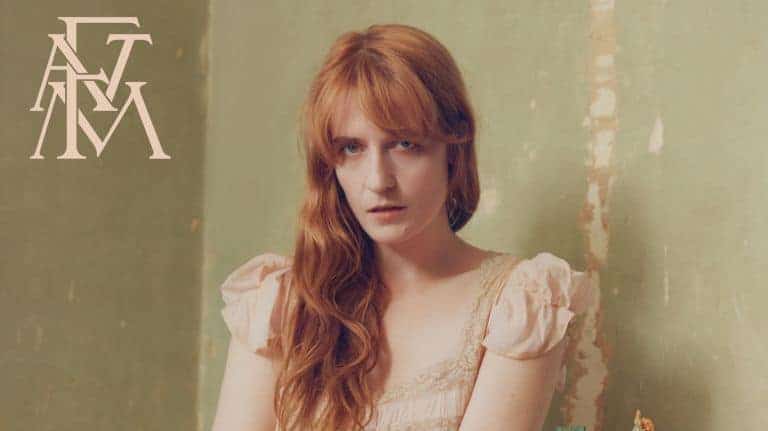 Florence & The Machine – High As Hope

“Sometimes when you are performing, you get so high, it’s hard to know how to come down.”

Florence and the Machine’s previous albums have been operatic, dramatic and otherworldly. In High As Hope, Welch managed to come back down to earth, and into herself. While the band’s first three records boasted elemental and celestial imagery and metaphors, Welch takes a realist approach to lyrics, and a minimalist one to instrumental on her latest effort. There is no smoke and mirrors here, simply the naked truth. The first single, “Sky Full Of Song,” sets the scene for the album. Beginning acapella before eventually incorporating a subtle guitar strum, the lullaby-toned track is the most raw we have ever seen the band. It was followed by sweet-sounding and summery second single “Hunger.” The most pop-friendly of the record, in it, Welch reflects on the melodramatic woes of her youth with almost a chuckle, and acceptance.

Thematically the album deals with topics that are more personal, and less complex than previous records; family, youth and the passage of time. Welch’s lyrics read like the words of an aged and mature woman, looking back on her turbulent years with a sensible head. A quiet femininity is reflected in the sound and visuals of the album. Women play a central role, with tracks dedicated to her sister, mother, grandmother and artistic inspiration, Patti Smith. The latter is name-dropped in the huge and triumphant track, “Patricia”, one of the album highs. “She told me all doors are open to the believers / I believe her! / I believe her! / I believe her!” Welch’s love for the women in her life is powerful and profound, with this love featuring more in the record than the romantic sort.

The album closer “No Choir” is the one that best summarizes the emotions of the album. Lines such as “it’s hard to write about being happy / ‘cos the older I get / I find that happiness is an extremely uneventful subject“, bring a new level of authenticity to the band. The album as a whole is a self aware reflection, and tearaway, from the image the act have built for themselves over their career. “There would be no grand choirs to sing / no chorus will come in“, promises Welch, alluding to the usual tone and tempo of her songs.

The starkness of the record may be off-putting to casual fans, longing for the band’s usual radio-friendly, throw-your-hands-in-the-air power anthems like “Shake It Out” and “Dog Days Are Over”, but it’s clear that Welch didn’t create this piece of work for anybody but her: “but I must confess / I did it all for myself.”