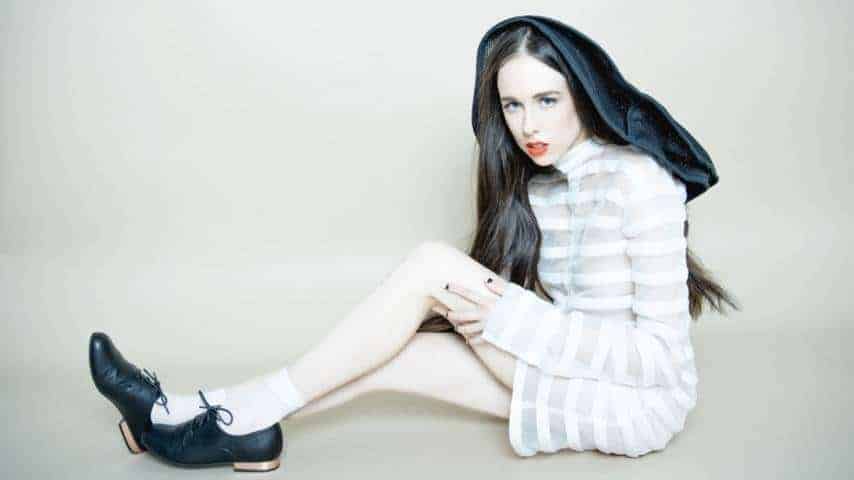 A sold-out crowd, of 250 people, fill Rough Trade’s Brooklyn location in anticipation for an inside look into synthetic pop artist’s, Allie X, new mini-album entitled Super Sunset. Allie X, who first caught the pop industry’s eye with her debut single “Catch,” has officially released two new songs that will feature on this album, “Focus” and “Not So Bad in LA.” Being the first concert after the announcement of Super Sunset, Rough Trade is the first time Allie X is premiering her entire album.

Rough Trade’s show began with Allie X, costumed in the same attire she word this past June at L.A. Pride, singing “Not So Bad in LA.” Even though this song was just released weeks before the show, it is the perfect beginning to pull the audience into the premise of the Super Sunset world. Considering that the album draws from Allie X’s conflicting experiences in Los Angeles, “Not So Bad in LA” truly dramatizes the everyday lifestyle of Californians. Following the first song, Allie X performed four unreleased songs that will feature on the album. While no official titles were given out to these four tracks, they all easily fall under the Allie X brand. Dealing with frustration, identity crisis, love, and self-worth, the tracks on Super Sunset really showcases Allie X’s vulnerability. One song, which dealt with Allie X’s confused feelings towards whether she should stay or whether it is too late, ends with her vocals and instrumental breaking down to its most deconstructed components. To finalize the show, the last ribbon of the album, Allie X sung “Focus.” It’s the perfect ending because Allie X builds up a distorted reality of LA and completely destructs it, which “Focus” emphasizes themes of apocalypse.

After performing the entirety of Super Sunset for the first time ever, Allie X took the time to hand the microphone around the crowd to answer a few questions. She revealed to the audience that the visuals, that are soon to come, for the album are heavily inspired by drag culture. Allie X also stated the use of nun imagery is being used to create a character based on her innocent impressions when she first arrived to Los Angeles.

We are excited for the release of Super Sunset this upcoming fall, and cannot wait for the visuals to piece together the full story.