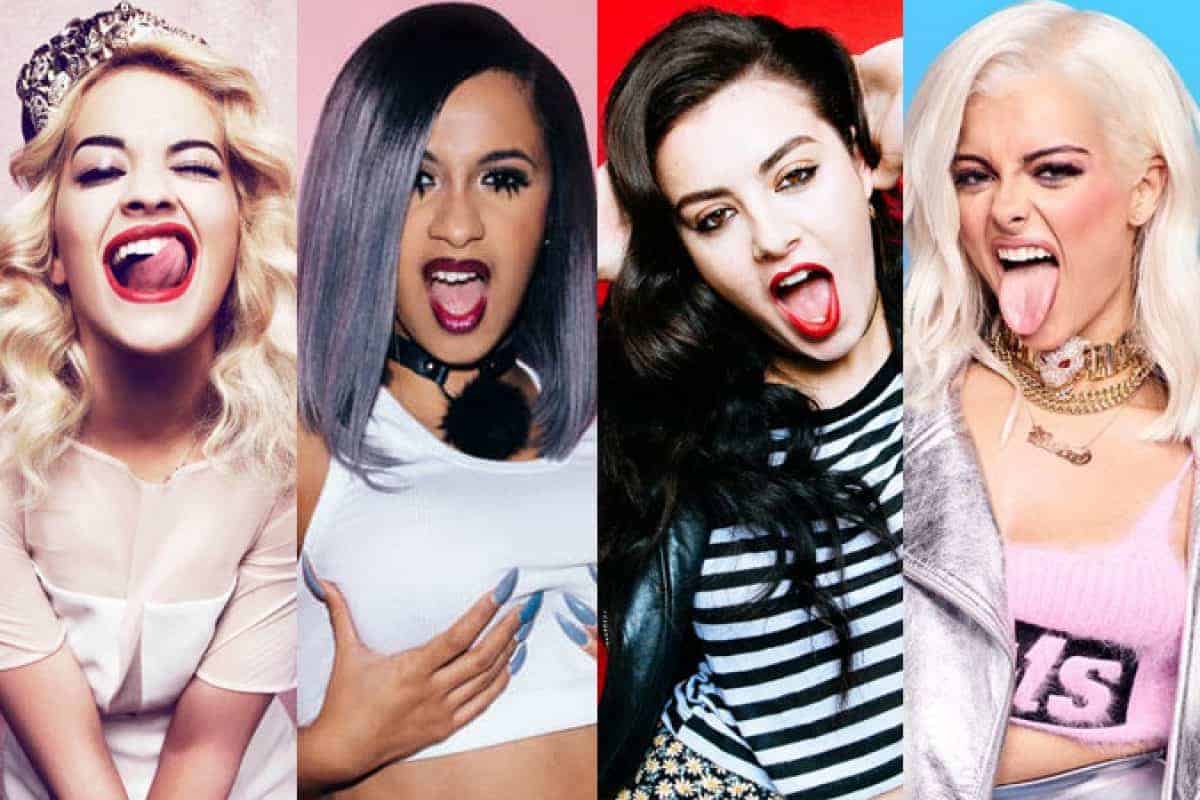 Perfectly in time for LGBTQ+ pride month, Rita Ora has officially released a music video for the sex-positive, liberating song “Girls.” While this song may have stirred up some controversy amidst the song’s initial release, Rita Ora has confirmed that this song is representative of her own experiences in same-sex romantic relationships.

“Girls” begins with a bunch of models laying around in a rainforest. Even though all of these girls have the same hairstyle and hair color, it is easy to spot our first singer in the mix: Rita Ora. She lays on a couch amongst the models while the sun seems to shine perfectly on her, making the singer almost glow. As the singer starts the first verse of the song, we get glimpses of the nature around the girls as well as the beauty of each model.

When we reach the pre-chorus of the song, we are transported to an all-white, midnight party in the woods featuring Charli XCX. Charli’s usual party persona can be seen when she sings about “kush loving” as flashes of lights reveal some of Charli’s party-goers on a swing-set. As we hit the chorus, we go back and forth between Rita Ora and Charli’s scenes, revealing some of the girls getting touchy with one another.

Opposed to being around models,  Bebe Rexha stands alone. Strutting around in a mirror maze, Rexha shows her playful side as she kisses herself through the mirror. Bebe Rexha than goes on to join Charli XCX and Rita Ora in the second pre-chorus, showcasing her talented vocals. We also get to see Rita Ora in a tan bodysuit sporting a golden flower crown and a matching necklace.

Rita Ora’s last look takes her away from the all-natural jungle and into a futuristic city, where she projects Cardi B’s rap portion of the song onto the city’s skyline. The most popular part of this video happens when Cardi B and Rita Ora share a kiss during this part of the song. As the song comes to an end, we get our final glimpses of each of the singers and models. The final touch to the video is a pan out of Ora’s jungle kingdom of nature and models.

This collaboration not only brings forth a sex-positive message, but it also has supported the collaboration of female artists. Hopefully we will be able to see these artists collaborate some more in the future.