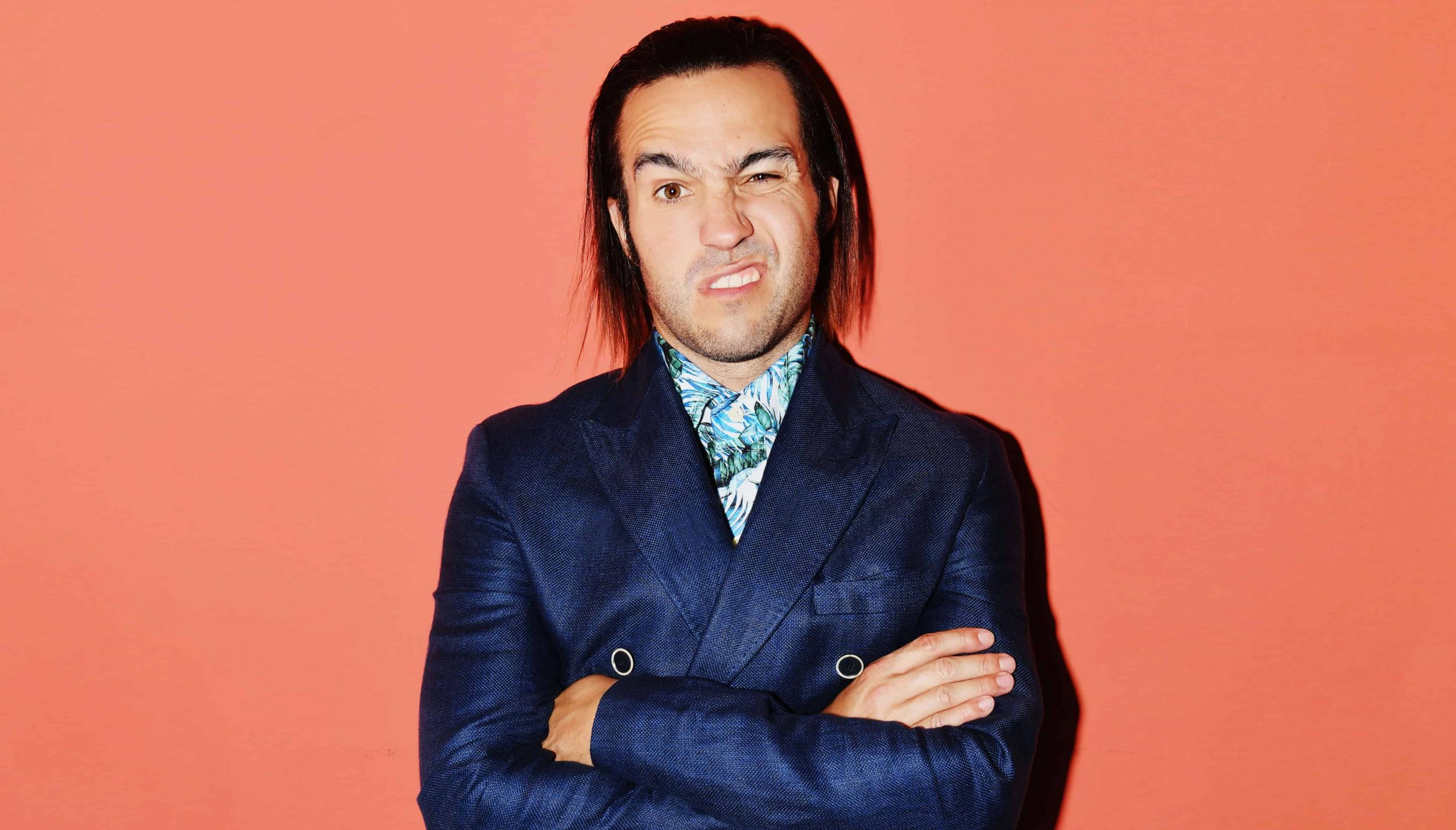 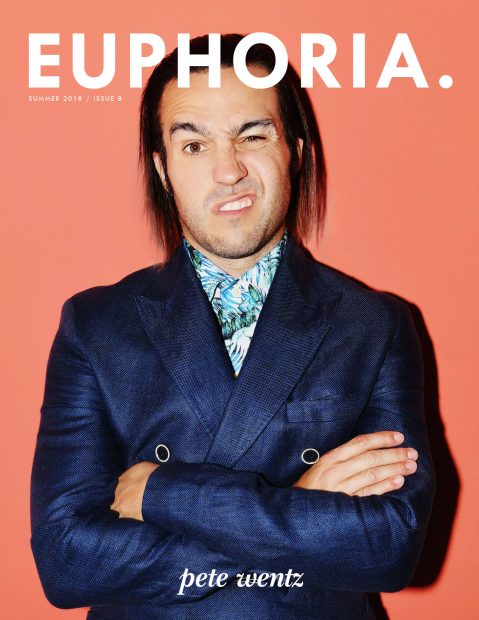 A tweet recently went viral that read “real shit if u didn’t have an emo phase, ur not a real person in my eyes.” Amassing over 20k likes and 6k retweets, it’s clear people have fond memories of the beloved emo phase from their youth. You know the one: backcombed hair, awkwardly posed MySpace profile pictures, copious amounts of eyeliner and– of course– knowing all the words to Fall Out Boy’s Take This To Your Grave and From Under The Cork Tree.

The first two records from the Chicago-formed quartet, the albums became the staple of the pop-punk/emo boom of the mid-00s, paving the way for other bands such as Panic! At The Disco, and it was hard to find anyone in 2005 who didn’t know the lyrics to “Sugar, We’re Goin’ Down.”

Looking back over their discography, it’s clear they’ve always strived to do something different, weaving in elements of soul and jazz and collaborating with artists of all different kinds of genres, like Jay-Z as early as their 2007 record Infinity on High. “I think since Take It To Your Grave and From Under The Cork Tree we’ve been changing,” Wentz tells me. “If you go right back to the very beginning, it’s a big change. But if you go album by album, it’s like stepping stones.” 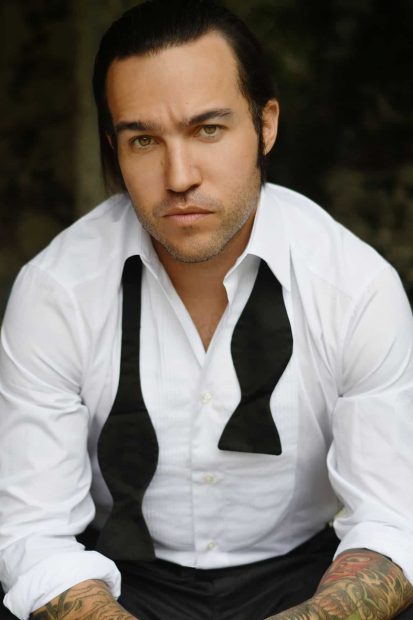 Now on their seventh stepping stone, when Wentz talks to me on the phone, his pride over their most recent studio album MANIA is evident. Released earlier this year to critical and commercial acclaim, it’s a complete change to their previous records and sees the Chicagoans trying something totally different, yet again. “When we started making it, there wasn’t necessarily an M.O,” Wentz explains. “We were just like ‘Oh, we’re gonna treat this like improv.’ We weren’t sure! With a lot of our other records, we made an album like baking a cake to a recipe whereas this one was like making a stew, where you just keep adding stuff and try and figure it out by taste.”

A further expansion to their more experimental pop leanings, MANIA sees the group explore elements that they haven’t before, creating a brilliantly bizarre record that flirts with EDM and sees them dive deeper into the pop realm. “This one was a little different,” Wentz says of the creative process. “We were in Scotland, I can’t remember how many years ago, and Patrick showed me the beginning of ‘Young and Menace’ and I was like ‘Oh my god!’ It was so inspired and weird. With music now, people are like ‘Okay, you need a track like this because it’s going to be an instant gratification track,’ so we got to this state where they were like, ‘Yeah, we need this instant gratification track in order for the record to come out on the date that you want’ and we were like ‘Oh, we don’t have a song that’s good enough!’ We made the decision to push the record back. We didn’t start over, but we kind of had a new bar that we wanted to hold the songs to and not a lot of songs really held to that bar.” 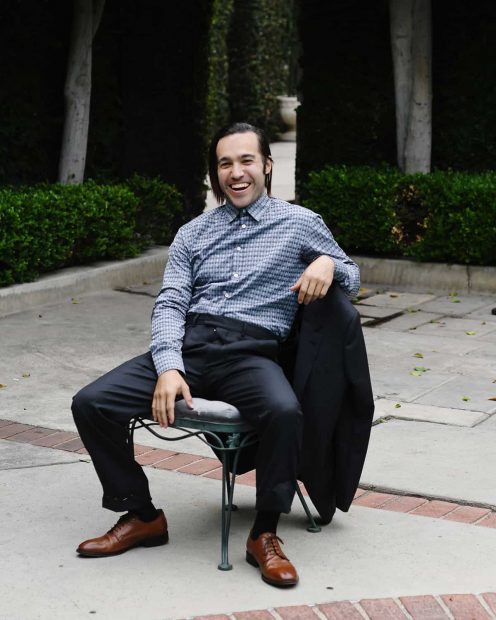 The rework clearly worked out and MANIA became the band’s third consecutive number one on the Billboard 200 chart and fourth chart-topping debut overall. The records since their break have seen Fall Out Boy embrace more of a pop sound and almost reinvent themselves, evolving from their previous emo label.

“Very rarely do you get to save a point of a video game, where you’re at in life, and then go do something else and then come back to it the next day,” Wentz muses. “I think we kind of got to do that. At the same time it was a little weird because if we’d come back and put out music that didn’t reach people, it wouldn’t have been like we saved the video game! I think because when we came back we were lucky, we kind of got a second chance. I think with the time we took off, we could reassess where we were as adults and with our friendships and I think it was good.”

It’s this “second chance” that has established Fall Out Boy as one of the biggest and best bands in the world. Taking time apart to become happy and content with himself, Wentz was a bit nervous at coming back initially due to anxiety about what the public’s reaction would be. “It’s cool when you can do it all again but there’s always a risk of you damaging your legacy if you don’t do it the way the people hope you’re going to.” Luckily, the group has just enhanced their legacy. Hailed as creating the popularity surrounding emo back in the mid-2000s, they’re now celebrated for their boundary-pushing pop music in 2018. 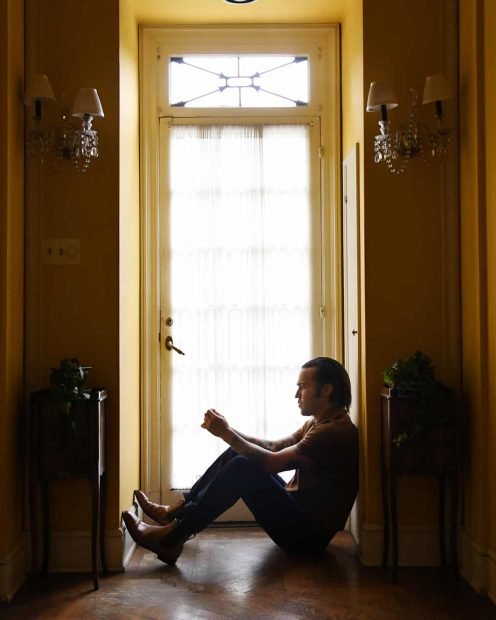 “I feel like we’re at the point where the spectrum is so wide that I’ll see people who know Fall Out Boy since they came back from the hiatus and people who just know the singles and people who show up,” Wentz tells me. “It’s really interesting. When you’ve been doing art for a long enough time within pop culture, your entry point defines the artist for you. When I say that, I mean, my entry point with Metallica was the Black album, so I wasn’t one of those fans that got into the thrash stuff first and then was like ‘Oh my god, what are they doing?’

The thing that reached you at the right point of your life is a very definitive thing to you. We definitely have kids who only like certain eras of Fall Out Boy and then we have people that like all of it! I know there are fans who are like ‘I literally only like the song that was in Big Hero 6!’ So it’s really interesting.”

Regardless of what era of Fall Out Boy is your favorite, you cannot contest the fact that in their two decades of making music they have established themselves as legends, although Wentz isn’t 100% comfortable with that tag just yet. “Sometimes people will come up to me and be like ‘I started playing drums because of Andy Hurley!’ and it’s weird because that was the kid I hung out in a van with!” he laughs.

“One of my kids goes to school with Dave Grohl’s kids and I’ll see him around and I’ll be like ‘Oh my god, that’s Dave Grohl!’ In some ways, I think that’s really humbling because we’re, like, not there. We’re in like the sophomore class of rock bands, like not quite there but not freshmen. It’s like a weird in-between, you know?” Now gearing up for a huge tour and with a headline slot at Reading and Leeds to drive UK crowds wild, there’s obviously no slowing down for the group. “We’re focused on the tour and on coming over and playing Reading and Leeds,” Wentz says. 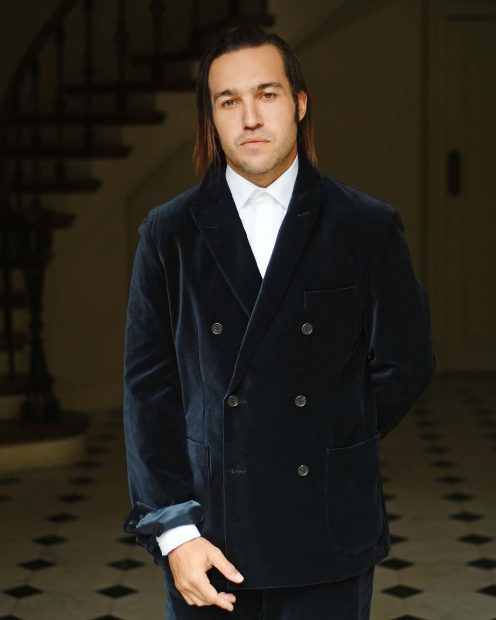 “But we’re always writing, we’re always sending each other inspiration back and forth, although we’re not actively writing at the moment. Then we’ve got to figure out what’s next! Do we sign to a label? Do we not sign to a label? I don’t think it really makes a difference for Fall Out Boy.”

And it’s true. Whatever Fall Out Boy do next, they’ll always be considered as a huge part of the music world, be it within emo, pop-punk, pop, EDM or whatever they try next. Thanks for the memories, guys. Here’s to many more.