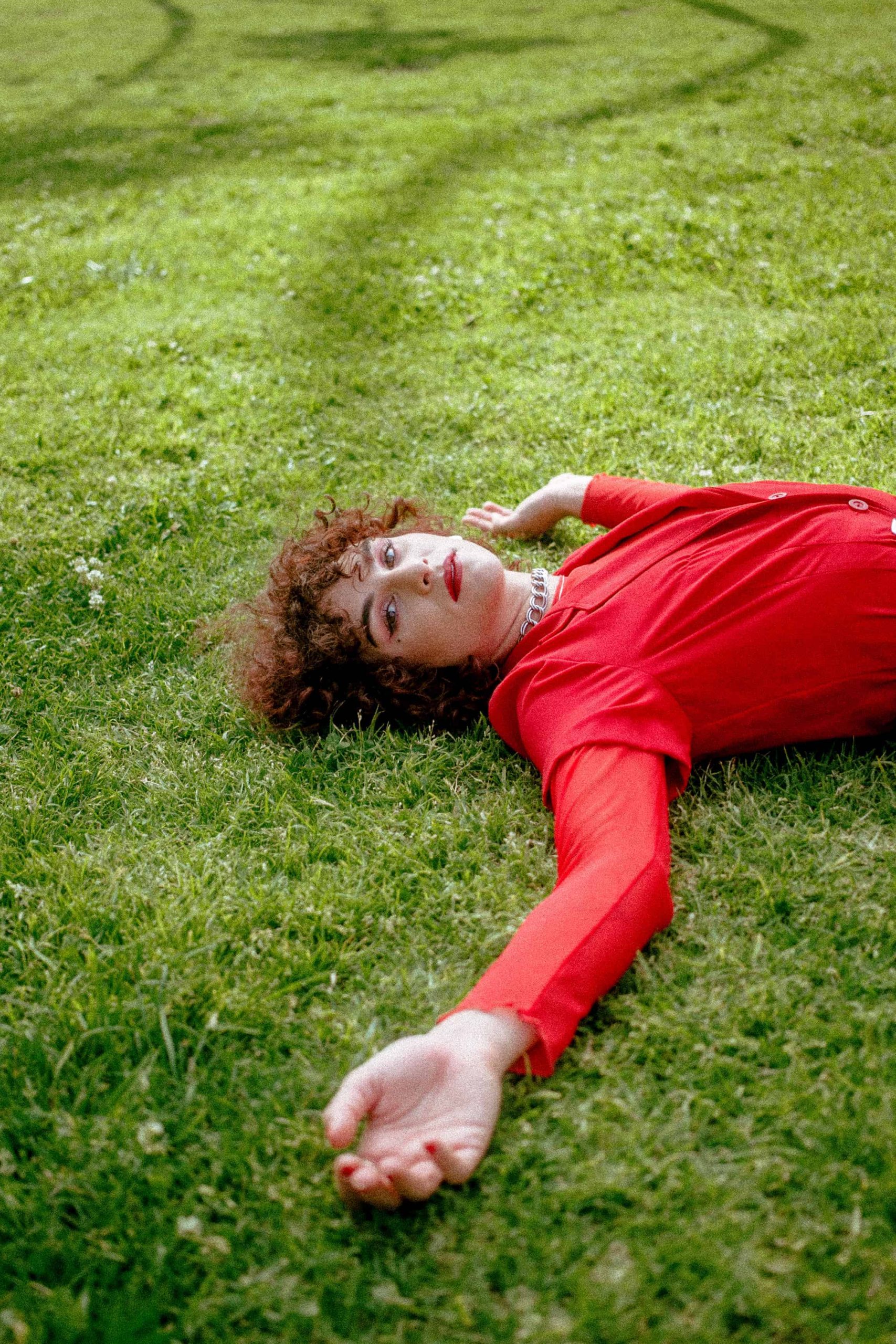 How did you get started in music?
According to my mom, from a very young age, I would sing and hum to myself constantly. I’m not sure if my parents were going out of their minds looking for a way to shut me up or recognized that I had an affinity for music early on, but they enrolled me in piano lessons when I was five years old and voice lessons a few years later. It took me a long time to reach the point where I wanted to pursue it as a career, though. It wasn’t until after college that I decided to give it a real go.

Where do you find inspiration?
Lately I’ve been focusing on taking snippets of real conversations I have and building songs around them. It invokes a degree of lyrical absurdism from me that has been fun to explore. In the past, poetry and psychedelics have been inspirational resources but I find it’s important to shake things up now and then.

What three words would you use to describe your sound?
Punk adjacent. That’s only two words, but it really applies to both my sound and aesthetic.

Tell me about “Is Now A Good Time to Ruin Your Life?”
I guess, ultimately, it’s a tongue-in-cheek song about honesty. The outcome of this particular relationship would have been completely different if the person had been transparent from the beginning. It would have spared us both a lot of time, energy, frustration, pain, etc.

Have you ever, whether purposefully, or inadvertently, ruined someone’s life?
I sure hope not. A little heartbreak here and there, but I’ve never killed anyone if that’s what you’re asking.

What’s another release that’s coming out soon that can be published in ~June? Tell me about the inspiration behind that project.
The next release is my friendship anthem, if you will. I’m in a group chat with eighteen (fucking 18) of my best friends called “All My Idiots” so, naturally, that’s what the song is titled. It’s derived from LCD Soundsystem’s “All My Friends” and it’s about the very special period of time when we were all in LA, all living relatively close to each other, and having the best time. Of course, it couldn’t last forever. Eventually, people started leaving LA for jobs or relationships or simply in pursuit of something different, and this song is a promise that we’ll always have each other.

Tell us about the progression, whether it be in the songwriting, your personal feelings of, or the learning experiences you’ve had behind your most recent track and your debut.
I actually wrote an early version of the song in Louisiana, which was where I went to write the bulk of the record. I can’t even remember what it was about now but I remember loving the intro of the song so much that I revisited it when I got back to LA. This is rare for me, as I really don’t re-write. I’m not opposed to it— I’m not a songwriting purist or anything— it’s just really difficult for me to do after I’ve heard a particular syllabic pattern. In this case, I re-wrote the lyrics to the original version with the exact same number of syllables per line so I could keep the same melody. It was kind of a fun little puzzle.

What artists would you want to collaborate with in the future?
In truth, I hate collaborating. I know it’s important and I’m really trying to be more open to it but I tend to freeze up in writing sessions, so they end up being just one long cigarette break. People say “you just haven’t found the right collaborator” and that may be true. I think I would be open to collaborating with Ariel Pink in some capacity.

What’s one thing you’d want to change about the music industry?
I would love to ban the formation of any more straight white male-fronted indie rock bands. Sorry, guys! We’ve filled our quota.

What artists have you been into lately?
I really like Kali Uchis’s new record, which is a deviation for me. Also Cher and The Pointer Sisters. For the vast majority of my life, I’ve listened almost exclusively to punk music but I’ve found myself losing interest in it lately because I’ve exhausted all of my go-to records and most “punk” bands in 2018 are so derivative I could scream.

If you could go back in time, what would you do differently or change?
I’d take the red pill. No, I don’t know. I guess I wish I would have trusted my instincts and pursued music earlier on. Really though, I’m a strong believer that every decision I’ve made was a necessary step in leading me to this point.

What was your last Google search?
“R.L. Stine age” lol