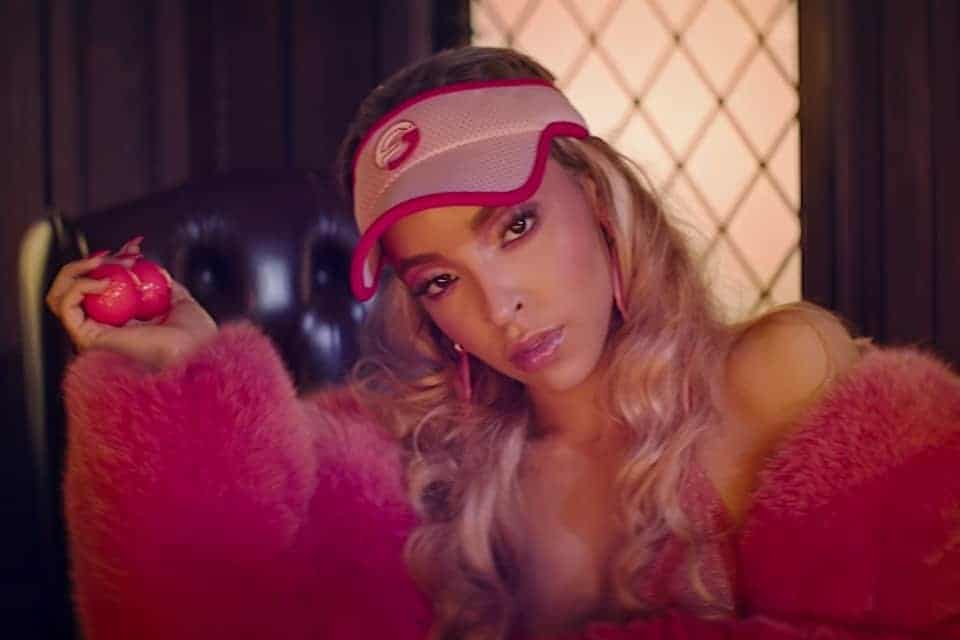 Tinashe Brings A Pre-Summer Jam With “Me So Bad”

It has been three full years since Tinashe announced the upcoming project entitled Joyride. With a string of singles that never found any album to call home, and with the release of her sophomore album Nightride, fans were unsure if Joyride would ever see the light of day. After the release of “No Drama,” which featured Offset, and “Faded Love,” which featured Future, Tinashe was proud to proclaim that Joyride will be officially coming out in April this year. Along with this announcement, she gifted fans with a new music video for a brand new song, “Me So Bad,” which features Ty Dollar $ign and French Montana.

Tinashe brings out her playful and sensual side when intertwining pop and R&B tones in “Me So Bad.” The music video begins with the songstress walking onto a tennis court, sporting a modern day Cher Horowitz attire. The weather outside imitates a warm, sunny day, fitting to the song’s high-spirited pop feel. As the audience approaches the chorus, the sexiness that derives from the song seeps in with lyrics such as: “you want some me so bad / come get this body.”

While Tinashe’s vocals are showcased within the roots of the chorus, we are also presented with choreography. Wearing an all pink getup, the singer proves once again that she could dance just as well as she can sing.

To add to the summer feel, the overall video presents lots of bright colors, lounge chairs, booze, and even a golf caddy owned by Ty Dollar $ign in. We also get to see French Montana rapping alongside Tinashe in a trophy room.

Tinashe’s sporty and summertime bop has casual listeners and hardcore fans in anticipation for what she will bring to the table with Joyride. “Me So Bad” is just part of the beginning stages of this new era.