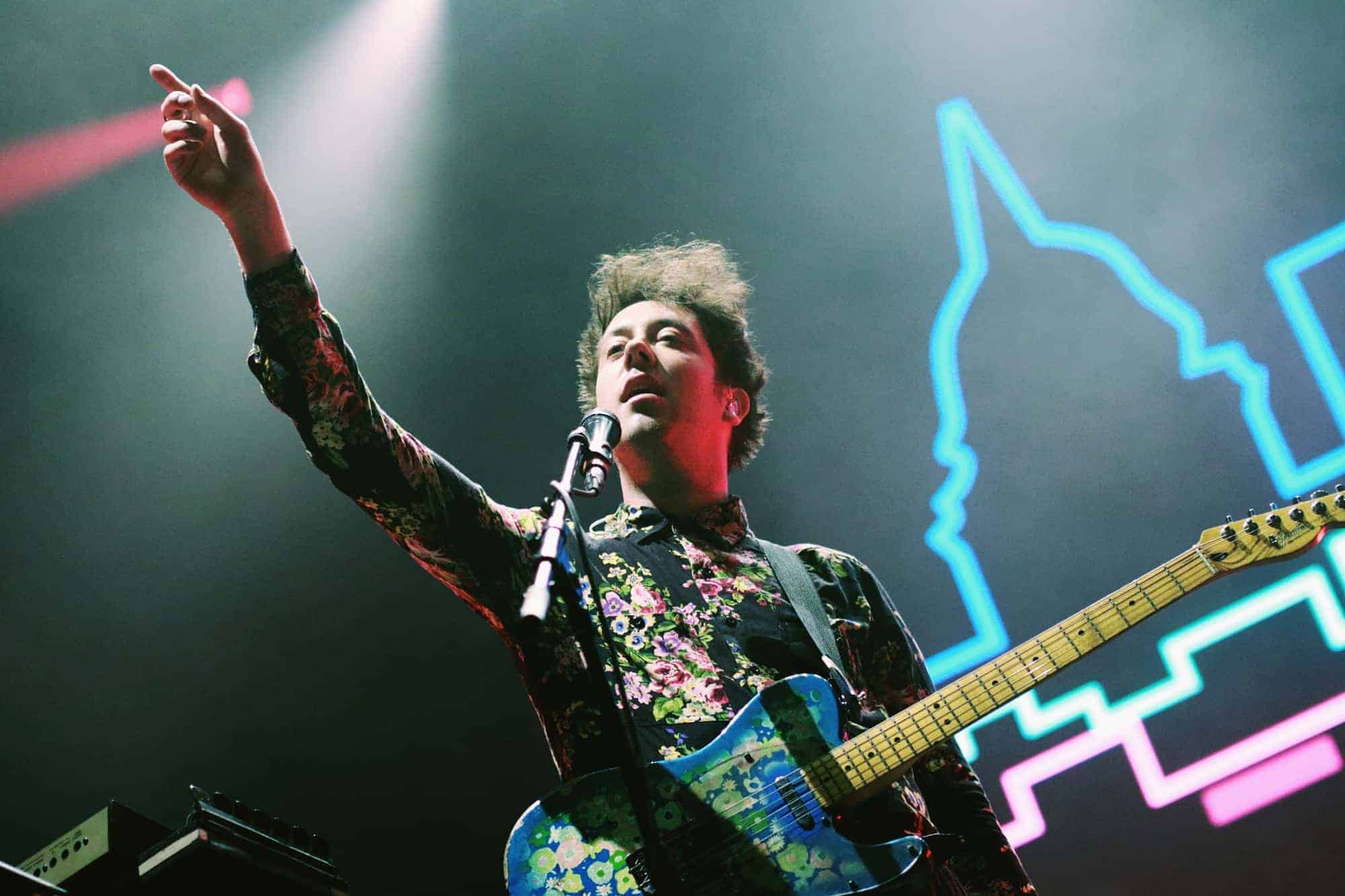 Opening with the twisted psychedelics of ‘Cheetah Tongue’, The Wombats got a firm grip on their audience right of the block. The pulsing beat and crushing chorus builds, mounting into gigantic proportions.

Though the exhilarating rush seemingly escalates at a dangerous speed as the band is forced to stop the concert twice during throwback hit ‘1996’ due to safety reasons. Despite the brave attempt to re-start the tune, it is inevitably abandoned due to its, seemingly, hazardous hit factor. Handling the chaos they created with elegant manners, The Wombats propel forward into debut hit, “Kill The Director”.

Nonchalant kick towards saturated romance seems to be a theme running through The Wombats’ discography, as set progress. The devious desperation is prevalent on ‘White Eyes’ with Matthew Murphy uttering, “I need you the most”, a painstakingly real sentiment in the face of modern love.

The delicious indiepop is sparked with gems ranging from surging bass-work to glittering funk details. The luring soundscape possess a savvy sense of confident that stand in stark contrast to the self-deprecating lyricism, and bathed in the neon-lit backdrop, it’s more prevalent than ever. It’s in these contrast that The Wombats flourish, much like in their stage presence where Muphy’s stoic stand counters Øverland’s constant whirlwind across the stage.

Looking at this performance it is clear that The Wombats have transformed from their dorky indie prodigy beginning into seasoned rock stars. Keeping intact that charm that made you fall for their fresh faced sardonicism over a decade ago, the refined reinvention still carries that initial spark from 2007’s ‘A Guide To Love, Loss & Desperation. Stacked with hits from across their catalogue, the live execution of each number is meticulous.

From the fizzy 60’s pop banger, ‘Pink Lemonade’ to the piercing synth hook of ‘Jump Into The Fog’, each song comes with its own characteristics (as manifested visually on the giant backdrop), and yet, it’s all infatuating fun. Whilst it is obvious that The Wombats know their crowd, it seems that the trio have tapped into an over-arching dimension of universal bliss. Perhaps it is the endearing way in which they address their crowd, perhaps it is their respect for their own backing catalogue. Whatever it is, The Wombats have managed to engage a far larger crowd than anticipated.

Rounding off the set with eternal indie banger ‘Let’s Dance To Joy Division’ you’d think no encore could top it. Yet the bombastic final comes with a blast as ‘Turn’, ‘Tokyo’ and ultimately, ‘Greek Tragedy’ roll out. It’s a euphoric triumph and a pivotal performance.

Set list:
Cheetah Tongue
Give Me a Try
1996
Kill the Director
Black Flamingo
White Eyes
Techno Fan
Emoticons
Lemon to a Knife Fight
I Don’t Know Why I Like You But I Do
Pink Lemonade
Jump Into the Fog
Moving to New York
Lethal Combination
Let’s Dance to Joy Division