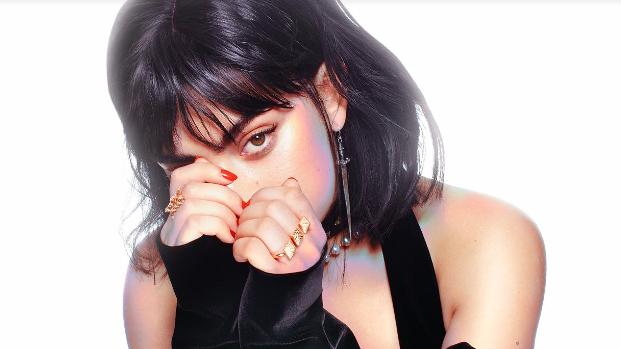 Charli XCX recently dropped her second mixtape of 2017, Pop 2. Being in the pop game for a few years now, the “Fancy” collaborator takes friends, such as Carly Rae Jepsen, Tove Lo, and even Cupcakke, to challenge the pop genre within this new mixtape.

Pop 2 opens up with “Backseat,” featuring Carly Rae Jepsen. Opposed to Jepsen’s ordinary bubblegum pop sound, this track has more of a heavier and sharper sound. The track opens up with an eerie bass that makes Charli XCX’s vocal vulnerableness and honesty become amplified. The song is about blasting music in the backseat of a car in order to numb the negativity going on in the singer’s life. When hearing this, one might think that Jepsen’s fairy-like vocals may be out of place, but it contrasts well with Charli XCX’s. “Backseat” continues on with hard-hitting, electronic beats and mix-matched vocals to add tension to the song’s meaning. Charli XCX signs off the song with an explosion of synthetic grooves, the sound of a car stopping abruptly, and Charli’s soft vocals singing “It’s Charli baby.”

“Out of My Head,” shows off it’s pop influences as Charli XCX collaborates with Tove Lo and Alma. This track really focuses in on mixing all three singers’ voices into a beautiful, musical blend. We start the first verse off with Tove Lo, who sets the post-party scene, singing about “Pills and potions and terrible things.” Alma then jumps in at the chorus and the audience is reunited with Charli XCX by the second verse. For the bridge, all three songstresses come in to sing about this person that is making the singers poisoned with sin, and they seem to secretly enjoy it. The scope of the song goes through an emotional roller coaster considering the song’s meaning is about someone entering toxicity within the singers’ lives and they cannot seem to escape within the midst of the party atmosphere.

Charli XCX’s first solo track, “Lucky,” is one of the slower songs on the mixtape. The instrumental is much more gentle compared to the electronic dynamics in the rest of the album. We also get to hear the more mellow tones in Charli XCX’s vocal range. The song is about Charli XCX admitting her admiration for someone who does not reciprocate the feelings. “Lucky” really seems to experiment with autotune as well as the edited placement of Charli’s lyrics.

Next up, “Tears” opens up with metallic, robotic accents that seem to resemble heavy rain falling down. The first voice the audience is exposed to is of Chairlift’s lead singer, Caroline Polachek. Seemingly referencing the past track, Polachek ask the listener to “wish [her] luck.” What “Tears” brings to the table is that it starts off slow and steady, letting the electronic beats fall down at their own speed, but ultimately becomes powerful. The song gradually progresses when background screeching, assumingely Charli XCX’s, come into play; what this does is add an intense sense of vulnerability to the song.

Brooke Candy introduces us to the fifth track on the mixtape,  “I Got It.” “I Got It” is clearly the hip hop inspired track of the mixtape. Charli XCX brings girl power to the mix as she also includes rapper Cupcakke to spit a few bars and then have Pablo Vittar sing towards the end of the song. Charli XCX adds her two cents in the chorus with the repetitive “I got it” phrase.

One of the most playful, and empowering, tracks on the mixtape is “Femmebot.” You can instantly tell this song is a bop by its upbeat personality and lyrics like: “Go fuck your prototype / I’m an upgrade of your stereotype.” The catchy chorus of “Femmebot” will have you dancing around and feeling fierce. This jam compares Charli XCX to other girls, by saying she is next-level, while also comparing a newfound infatuation to short circuiting and having electric shocks. To add to this, the song seems to have robotic malfunctions, which magnify the chorus’ beat drop. In addition, Charli XCX brings drag performers Dorian Electra and Mykki Blanco to add some extra flare. References to cyborg pop culture references, such as Ghost in the Shell and Ex Machina, adds interesting content to an already banging song.

“Delicious” is an odd, yet intriguing, song off the mixtape. Unlike the other tracks, we are sent through different phases of similar lyrics. Estonian rapper, Tommy Cash, re-introduces Charli XCX as a heavy instrumental plays in the background. Charli XCX then heads straight to the chorus about hearing someone’s whisper on the telephone and getting high; this is the very phrase that will continually repeat throughout the track. While this first time seems a bit slow and in a daze, we start to pick up the intensity when Charli repeats the chorus as another layer of electronic instruments is added. We are then met with Tommy Cash’s rap, where he also ends up repeating the same chorus Charli did earlier. He is soon interrupted by a phone ringing. Humorously, we hear the phone’s ringtone is Charli’s massive hit, “Boom Clap.” Tommy Cash then answers the phone and we return to Charli XCX. The heavy, dark bass comes back as Charli’s tempo becomes faster and her voice becomes more vulnerable. When met with the chorus for the last time, a banger of electronic music explodes in the listeners earbuds. The song concludes in a soulful, misty array of voices that echo in a ghostly manner. Tommy Cash, whose voice is now echoed and quieter, finishes the song with an optimistic “Delicious.”

Inspired by driving in New Jersey, during her feature in Halsey’s Hopeless Fountain Kingdom Tour, “Unlock It” is a dreamy synth banger. Teaming up with Korean rapper, Jay Park, and German pop songstress, Kim Petras, “Unlock It” is a cute and colorful electro-pop song. It’s bubblegum lyricism mashes perfectly with Charli’s bouncy rhythm and bubbling electronic instrumental. Jay Park adds an element of swagger to the poppy track while Kim Petras’ lyrics and supporting vocals wraps the bow on this pop delicacy.

A more personal track, “Porsche,” seems to have a similar theme with “Backseat.” The singer brings back the motif of cars and having her tears be covered up by sound; this time the engine blares too loud to hear the singer’s sorrows. Recently, the singer revealed on Twitter that the song was inspired by a guy she dated that was more dedicated to his reputation and making money than Charli. We are also met with the final collaboration on the mixtape. Danish singer, MØ, who has also appeared on Charli’s previous mixtape from earlier this year, adds her raw, emotional voice to the second portion of the song. This is definitely a track that you would play in your car with your friends and scream every lyric from the top of your lungs. It is emotionally driven with a groovy beat.

The most eccentric, and most alluring, track concludes Pop 2. “Track 10” is the ultimate musical Frankenstein in Charli XCX’s collection. We are first met with a series of non-musical, robotic, fast-forward sounds that cannot be translated by a simple listen. The mist begins to clear as a robot speaks: “I just want to change it up.” We are then pulled into a musical jungle of Charli XCX’s vocals and a heavenly background instrumental. “Track 10” takes listeners on a musical adventure as it ventures into territories of mellow, light sounds than to misty and eerie sounds, and finally into a gradual abyss of electronic music that intensifies and emphasizes the chorus. The build up is truly a magical experience for all listeners. As we continue on this adventure, the synthetic instruments blend into the forefront as Charli’s vocals mash the chorus and bridge together. We slowly crash towards the end of the song as the futuristic beats seem to die down along with Charli’s voice.

Charli XCX proves that she is transforming the pop genre by experimenting with electronic, hip hop, and pop phenomenons. We are excited to see what visuals Charli will direct and produce for this amazing era.