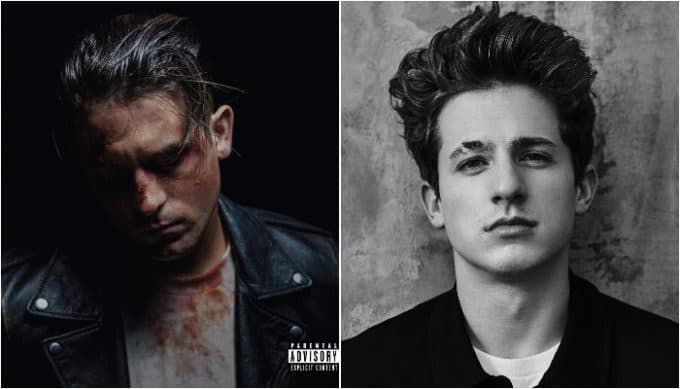 The smooth “easy” flowing rapper G-Eazy and soft vocal talent Charlie Puth released new track, “Sober.” The collaboration between the two allowed them to create a solid track that demonstrates remorsefulness and regret after a drunk night.

G-Eazy started off his music career primarily as a record producer. He became a member of the hip hop group The Bay Boyz. They released songs on a Myspace page, which later brought them attention to be opening acts for Lil Wayne and Snoop Dogg. He later began to release his own mixtapes. His success really took off once a few of his tracks became widely viewed on YouTube and he started touring on the VANS tour. He released his first major studio album These Things Happen, which did well on the hip-hop charts. His sophomore album had the successful collaboration track with Bebe Rexha: “Me, Myself, and I” on it. This track reached number 7 on the billboard hot 100 radio hits. In 2016 he collaborated with Britney Spears on her song “Make Me.” The two performed the song together at the iHeart Radio Music Festival. His latest album The Beautiful and Damned came out in the fall of 2017. G-Eazy calls his latest album the next chapter about his life.

The soft pop music vocalist Charlie Puth started off his career with his successful YouTube channel. He started releasing independent albums on iTunes and writing songs for Shane Dawson and Pitbull. Once he signed onto Atlantic his independent releases were removed from iTunes. He began to make more appearances at music events and recorded Nine Track Mind for Atlantic Records.

The song “Sober” was a collaboration that is well suited for G-Eazy and Charlie Puth. G-Eazy has a strong and smooth flow to his words. He voices the dark bits of the regret of a drunk night with a woman. Charlie Puth has a gentler voice compared to G-Eazy. His voice is fitting for sounding regretful after the night with the woman. He is the softer side of the regret. The combination of the two creates an interesting contrast that still somehow fits well to create a whole perspective. You can hear the song on The Beautiful and Damned album. The Beautiful and Damned is a combination of struggle to achieve success and the dark side of struggling with success, temptation, and life today in the United States.