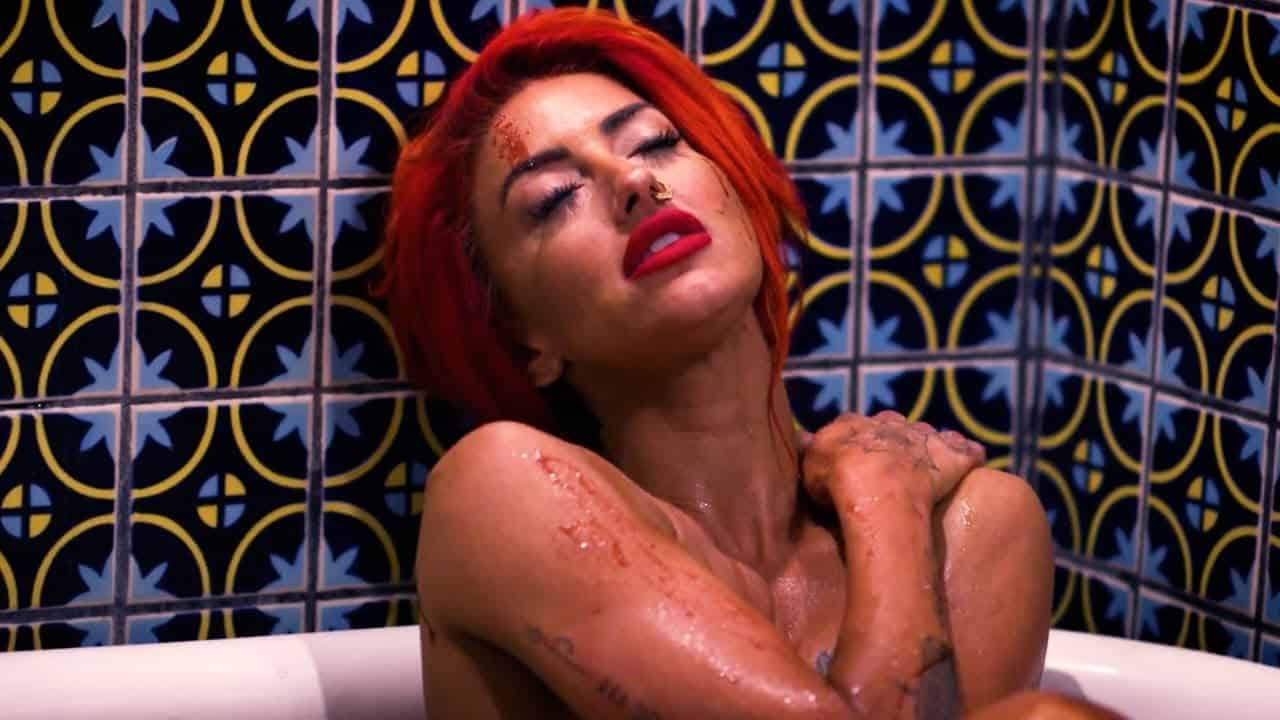 Pop powerhouse, Neon Hitch, is back with new music. In her latest video for her recent single, “I Know You Want It,” Hitch shows us her seductive side while maintaining her quirky, wild-child persona.

Growing up in the circus was nothing out of the ordinary for this pop songstress. Neon Hitch grew up with a nomadic lifestyle. She engaged in fire swinging, stilt walking, and trapeze acts throughout London. After spending years in London, and even in India, Hitch got her first big break after being discovered on MySpace. This ultimately led to her moving to America and getting signed by Warner Bros. Records. Here, the songstress scored two number one Billboard dance hits, “Gold” and “F U Betta,” and even was met with success on her collaboration with Gym Class Heroes on “Ass Back Home.” After years of musical dispute, Neon Hitch left Warner Bros. to begin her own independent recording label, WeRNeon, which is run by Neon, her management, and her fans. Not only was Neon Hitch able to create the music she long desired to, she was also able to give the fans multiple, new singles and release her debut album, Anarchy.

Recently, Neon Hitch surprised fans with a new single and music video, “I Know You Want It.” The music video opens up with a montage of the Hitch strolling through an abandoned, rustic property while the spoken-word portion of her song “Please” plays in the background. Once Neon enters this deserted home, the instrumental for “I Know You Want It” kicks in with its simple, yet playful chime. The songstress sports an Amy Winehouse inspired hairdo, a white tank that has splatters of paint, and jeans with rips revealing her butt. As the music video progresses, we see Neon Hitch in multiple rooms within the house, all in different attires that seem to be representative of the different sides in Neon Hitch’s personality. We see the sexy, dancing party animal in the bedroom, the sophisticated “Mary Jane Monroe” character that Neon has created in previous videos, a fashionista Neon that is chilling under a gate that reads “FREEK,” and a Neon in the bathtub that seems to be covered in paint, similar to her “F U Betta” video. The video matches the playful lyrics, club-like instrumental, and Neon’s seductive voice perfectly.

We are so excited to see what new music Neon Hitch has up her sleeve.