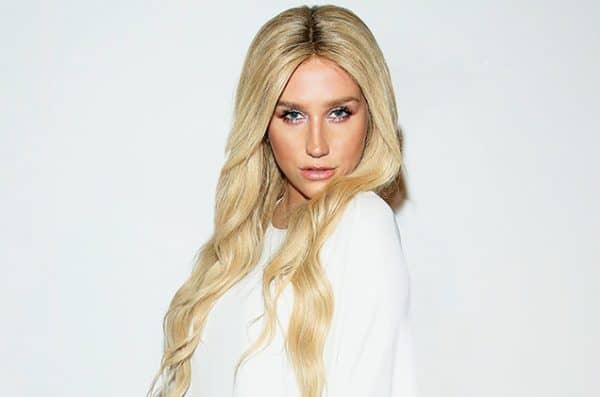 After a five year hold on her musical career, pop princess, Kesha, has made a triumphant return. Rainbow, Kesha’s third full-length album, released this past August, debuted as number one on both the Billboard 200 and the iTunes Albums charts. Kesha fans rejoice as her new music brings out her versatility within the pop genre as well as her impressive, raw vocals. The songstress proved this when the Rainbow Tour came to New York this past Tuesday.

Glittery fans filled the sold out venue while Kesha’s opening act, the Black Lips, jammed out. Prior to her walking onto the stage, cheers and chants energized the room. Strobe lights danced around the stage as Kesha’s band set up for their performance. Everyone screamed once they caught a glance of Kesha strut up to the golden microphone stand, rocking a pink and black pantsuit. When the crowd died down on Kesha’s cue, she exclaimed “we did it”; a clear nod to her inability to release new music up until these past few months.

Kesha’s first song of the night was “Woman.” This banger had everyone sticking up their middle fingers up while they sang along. The small venue compacted the crowd tightly together as people started head-banging and dancing to this empowering anthem. Kesha then immediately eased into the second song, “Boogie Feet.” The singer met up with her two backup dancers as they boogied across the stage. Even for those who were unfamiliar with Kesha’s new stuff, no one could resist dancing around to this song. Moving along with the set of playful songs, Kesha introduced her next song, “Learn to Let Go.” Everyone in the audience was able to sing along with Kesha this time around, as this song’s energy brought the songstress into shock. Once the song finished, Kesha announced that this specific concert was the most energetic thus far on the Rainbow Tour.

In the effort to slow things down, Kesha talked about her next song in the show, “Hymn.” She dedicated the song to those who identify themselves as dreamers. Kesha wanted it to be known that she is accepting of anyone who has love in their hearts and will always invite them to her shows.

After “Hymn” was sung, Kesha returned to the upbeat, defiant songs she started with. “Let ‘Em Talk,” a song that features the Eagles of Death Metal on the new album, is all about letting the haters talk and not being phased by it. Following “Let ‘Em Talk,” Kesha addressed the audience, asking if it was okay for her to disrobe some of her clothing. Walking over to each side of the stage, Kesha threw her decorative jacket off backstage and unbuttoned her shirt. She then encouraged her audience to sing along with her to an edgy, punk version of “Take It Off.” Mid-song, Kesha organized a guitar battle between her two guitarists. The audience got to pick their favorite guitar player and Kesha topped it off by bringing out her own guitar, so the three could jam out together. Up next was Kesha’s classic hit “We R Who We R.” The song was remastered into a rock song, which Kesha had done for her previous tour. After this, Kesha left the stage for a quick costume change.

While the songstress changed, the band played some music as the spoken word portion of “Spaceship” boomed out of the speakers. When Kesha returned, she rocked a short, flowy, white dress and a pair of white boot heels. Once reaching the mic, the singer immediately began to sing “Spaceship.” Kesha informed the audience that this song was about how she never felt like she fit in. Looking backstage, she then announced that the next song was dedicated to her boyfriend. “Hunt You Down,” a country-sounding song about killing a cheater, was mashed up with one of Kesha’s biggest singles, “Timber.” This mashup was accompanied with square dancing from Kesha’s dancers.

After talking to some fans directly, Kesha transitioned to the next song that her mother, Pebe, wrote entitled “Godzilla.” This slower song was followed by another pop masterpiece that Kesha and her mother wrote together, “Your Love is My Drug.” During this song, Kesha’s boyfriend made a quick appearance by running on stage, throwing some glitter into the audience, and mooned the crowd. Another fan favorite, “Blow,” was performed next. Kesha and her dancers brought out multiple glitter cannons to explode all over the crowd. She even sported her own electronic confetti gun with rainbow colored lights.

For the final song in Kesha’s set, she thanked her “animals”  for supporting her these past few years and for the success of the last song, “Praying.” The spotlights were all on Kesha for this electrifying performance. The goosebumps you will get when seeing “Praying” live proves that Kesha’s vocal ability is insanely impressive.

After minutes of cheering for an encore, Kesha and her band returned to the stage one last time. She started off telling the audience about her time in rehab for her eating disorder. We were told that the new album’s title track, “Rainbow,” was written on the floor of the rehabilitation center with a toy keyboard, and the rest of the album just followed. Again, the audience seemed to know every word as they shouted the lyrics along with her. After a tear-provoking number, Kesha wanted to bring the party back to her show. Thus, she went on to perform her most popular song to date, “Tik Tok.” Even the casual Kesha fans knew all the lyrics to this iconic song. Finally, Kesha ended the night with her ballad “Bastards.” It closed the show since Kesha wanted to finish the night with a reminder for her fans to keep their heads up. Glitter and confetti were the toppings on the cake, as they flooded the entire venue.

Kesha truly left her mark in New York and gave fans a night they will never forget.