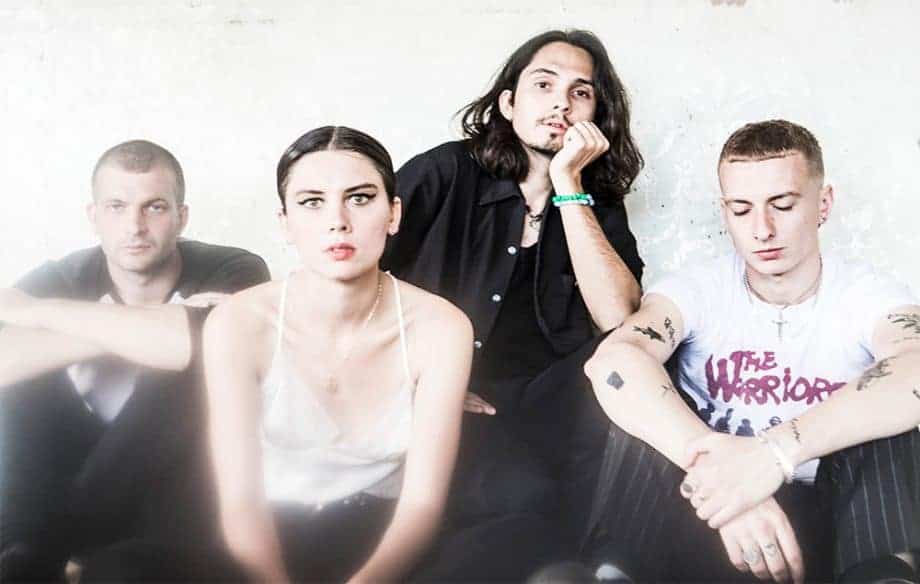 London’s indie darlings, Wolf Alice, unveil one of the last songs before the ultimate release of their highly anticipated sophomore, Visions of a Life.

Following up their immense debut, My Love is Cool, the expectations are running high for the forthcoming release. So far, Wolf Alice have delivered the delicious diversity that we have come to know them by. From the snarly, rough edged, “Yuk Foo,” to the swooning daze of “Don’t Delete the Kisses,” Wolf Alice have manifested this diversity as a signature statement of their craft, and their most recent “Heavenward” is no different.

From the distant callings of the beginning, “Heavenward” is a spectre of melodic guitar and light percussion flows into the first simplistic verse. Centering Ellie Rowsell’s dazzling vocals for a brief second, the tune soon draws back into a more re-verb laid, shoegaze soundscape. It’s a song full of escape, and yet the angelic vocals brings forth a centering feel into the soundscape. The palpable sense of presence at the core of this lucid dream is what makes a Wolf Alice track, there’s always that certain something, and we could not be more thrilled for the record ahead.

Visions of A Life is out 29th of September via Dirty Hit Records.

Wolf Alice are also set to tour the UK and Ireland this November. Check out dates below.