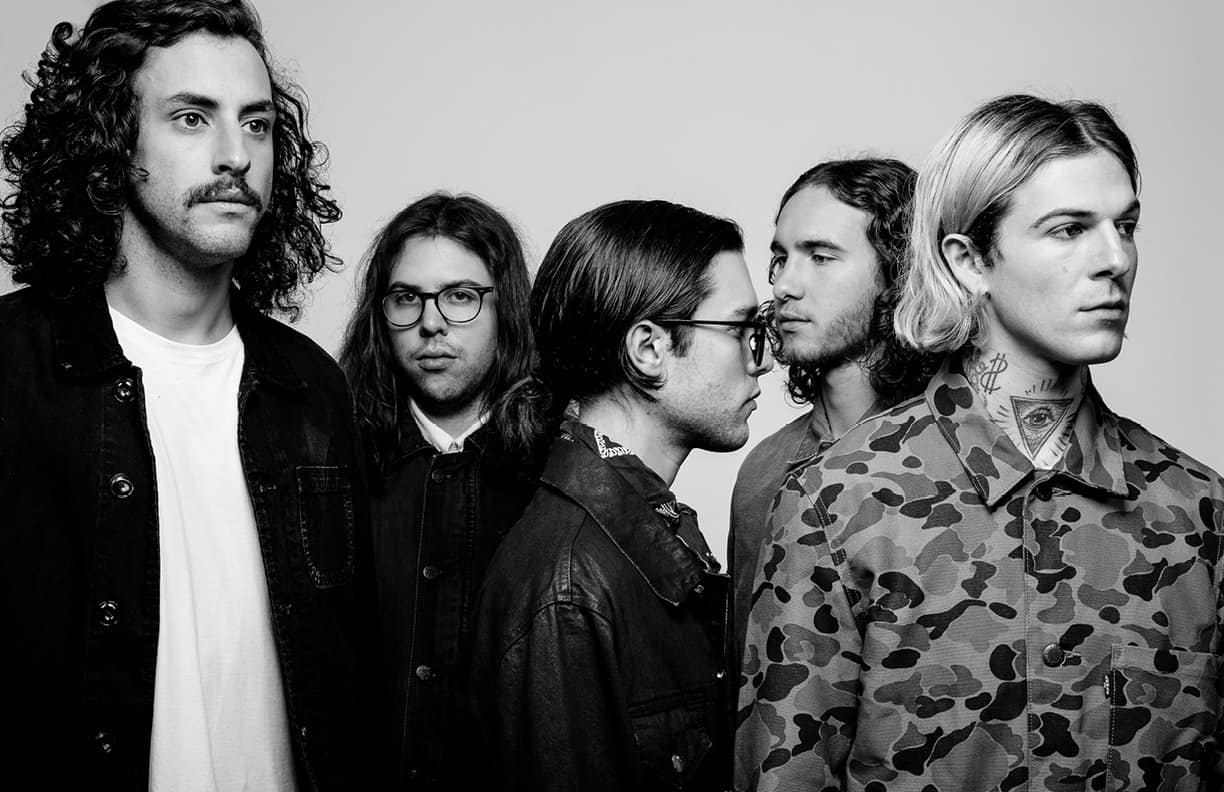 California indie rockers The Neighbourhood surprise-released a new EP last week. Hard is their first release since 2015’s Wiped Out, the band’s second studio album, and its gloom and doom slow guitar riffs dropped just in time to soundtrack the incoming fall season.

The EP follows the same formula as its predecessors; black and white in visuals and tone, melancholic lyrics alluding to heartache, drugs and identity over stylish, rock-infused guitars, but some tracks also call back to the more hip hop orientated sound of the band’s earlier EP The Love Collection. However, the EP takes a slightly different sonic direction and seems more deliberately hollow than the likes of I Love You, the band’s first studio album, in its use of autotune, synths and repetitive lyrics.

The EP is strongest in its opener and closer. “Roll Call” is an angsty, bass and drum driven track alluding to the pressures of conformity, using metaphors and imagery of soldiers. The highly produced chorus and spacey vocals are reminiscent of The Weeknd, while final song “Sadderdaze” begins with a lone acoustic guitar which eventually builds to strings in the chorus and throughout the remainder of the song. “Saturdays are not the same as they used to be/Saturdays, why do they keep on using me?” repeats Rutherford and an array of back up singers, creating a choir effect. The song is a refreshing sound for the band, and its gloomy, chant-worthy lyrics backed by a hopeful instrumental will likely be a big crowd favorite at shows.

Between the likes of the techno-infused “24/7” and harmonious “Sadderdaze,” there a lot of new things happening on Hard, which show a growth in the band’s sound which hopefully acts as a teaser for what’s to come in the future.