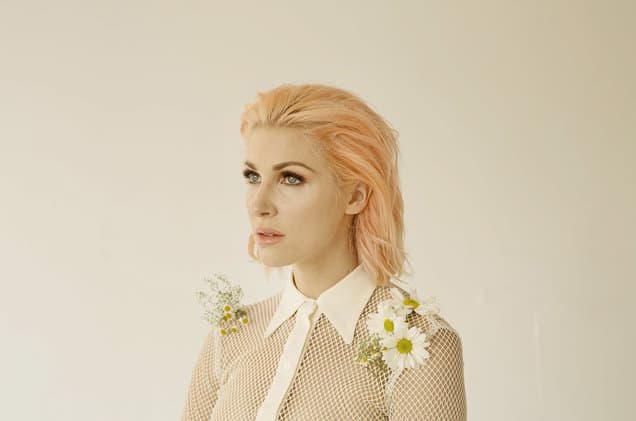 Although the singer has built up a fanbase of her own, Bonnie McKee is most popular as a major pop-industry songwriter. She has worked with pop icons such as Katy Perry, Britney Spears, Kesha, Jason Derulo, and many more. The singer has received musical acclaim for writing multiple number one hits for Katy Perry’s Teenage Dream album. In addition, Bonnie McKee has earned herself 6 Grammy nominations, as well as multiple BMI awards.

McKee also went on to write music for her own career. Her first single as a pop singer was “American Girl,” which peaked at 87 on the Billboard Hot 100. Along with its official music video, which currently has over 33 million views, “American Girl” has a celebrity edition video where many of McKee’s close friends and coworkers appear lip-syncing to this summer-like jam.

In 2015, Bonnie McKee came out with the Bombastic EP. Bombastic‘s bubblegum sound was paired perfectly with a collection of colorful music videos for all four songs.

“Thorns” brings forth another side of Bonnie McKee; a side that many fans have yet to see. Although there hasn’t been an official music video release, the lyric video provides a visual into the rougher aesthetic McKee is aiming for. Opposed to the vibrant 90’s youth feeling that Bombastic provided or the California valley girl vibe that “American Girl” presented, the vintage visuals in “Thorns” show burning flowers and a destructed junkyard. The song keeps its pop quality while speaking about McKee’s tougher side. Bonnie McKee explained, in an interview with Billboard, that “Thorns” is about the colder, unapologetic side of her personality. Everyone has qualities to them that can prick someone like a thorn. Bonnie McKee is showing off her complex personality, opposed to being a simple, redundant facade; something that is very common in the pop industry.

“Thorns” is just the beginning of new Bonnie McKee music on the horizon.