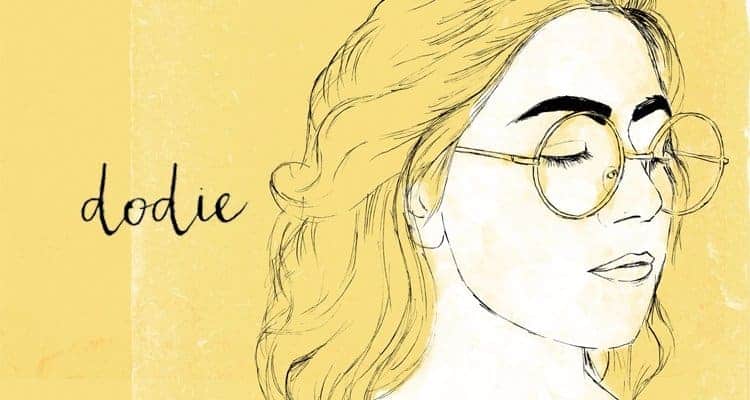 English singer-songwriter and YouTube sensation, Dodie, released her newest EP, You, on August 11th. Dodie, born Dorothy Clark, currently has over a million subscribers on her YouTube channel, where she posts original and cover songs. She has proven to be an active member within the YouTube LGBT community, after coming out earlier this year as bisexual. She also is known to help raise awareness for mental health struggles by sharing her personal battles openly on her social media platforms. You, which is Dodie’s second EP, debuted on the iTunes charts at number three and peaked at the number six position on the UK Album Chart.

Moving along, “6/10” immediately drives listeners into an emotional, yet relatable, journey. Dodie asks the universe if there is any “pity for the plain girl?” as she expresses that she feels very mundane. Throughout the song, Dodie finds struggle with her daily social anxiety, fearing that she is not good or special enough. What makes this song even more special is that Dodie combined her own voice with fan submissions to complete the bridge of the song.

Next up is “Instrumental.” Although there are no lyrics to this piece, Dodie wrote the music for this dreamy ditty. The songstress admitted that the creation of this somewhat lullaby was inspired by the film La La Land and her dream to one day write music for musicals. “Instrumental”

The title track “You,” was intended to make a heartbreaking song sound cheery. Although the song has a chilling-at-a-coffee-shop vibe, Dodie sings about falling for someone who does not posses a mutual feeling. This causes Dodie to isolate herself from love in the hopes that it will prevent her from heartbreak. She finishes the song with “I really hope I don’t love you,” in the hopes that she will get over the heartache this person put her through.

“Secret For the Mad,” is Dodie telling her audience that, although it may not seem so right now, but things do get better. It is the singer’s way of telling her fans that she has gone through very similar experiences and has found the light at the end of the storm. The chorus was inspired by a time when she was in a depressive state of mind and wrote down a list of small things that reminded her why life is beautiful.  The song starts off with a piano melody that is repeated until the end of the song. It is later layered on with multiple backup vocals, once the song builds up. It’s the perfect song for turning your phone’s flashlight on and swaying back and forth in concert. “Secret For the Mad” is also the title of Dodie’s upcoming book.

The final track, “Would You Be So Kind,”  pieces the EP together as it returns back to its cheerful, dance-party-in-your-room state of sound. Dodie sings about someone she has a crush on and hopes that they will ultimately have the same feelings for her. Its cute and quirky lyrics, along with the acoustic guitar, perfectly mashes up the feelings of having a crush and not knowing how the other person feels. “Would You Be So Kind” ties up the You with a bow as listeners ride an emotional rollercoaster through quirky highs and depressive, yet relatable, lows.